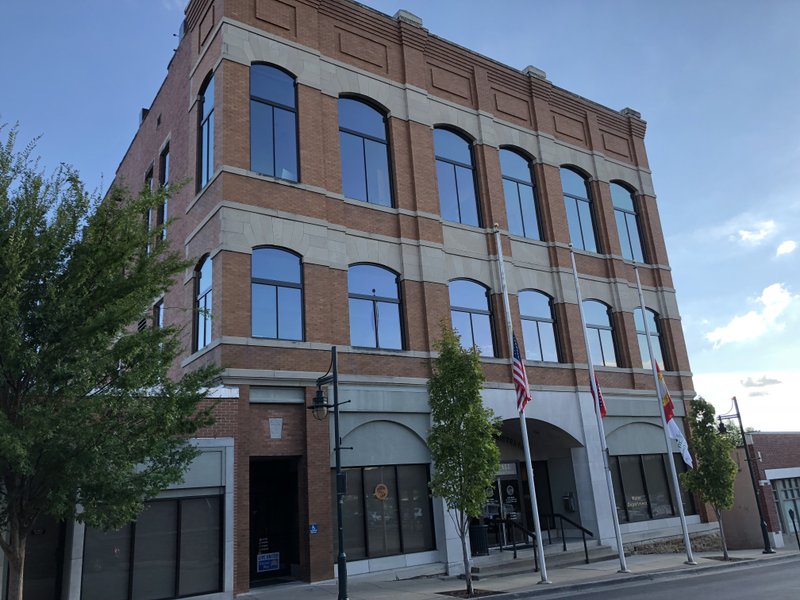 FAYETTEVILLE — Sales tax revenue will likely hit the end of the year with an increase, just not with as much growth as administrators hoped.

However, the administration is prepared to deal with fluctuation, City Council members heard Tuesday.

Chief Financial Officer Paul Becker gave the council his annual overview of the city’s general fund budget. The general fund makes up about 30% of the entire budget. It covers mostly personnel but also material and supplies, services the city pays for, the motorpool and assistance to outside agencies such as 7 Hills Homeless Center and the Boys & Girls Club.

This year’s entire budget is about $168 million. Becker proposed a general fund budget of $49.9 million for next year.

Sales tax revenue accounts for 60% of the revenue going into the general fund. Becker budgeted nearly $48.7 million on the revenue side for next year.

That means the general fund will operate on a deficit of $1.25 million. This year has a budgeted deficit of $846,000.

However, there is enough reserve to make up the difference, Becker said. The city had nearly $17 million in raw reserve at the start of the year. After factoring in the deficits, grant reappropriations, the cost of pay raises given to employees this spring, and the $8 million 60-day emergency fund, there should be nearly $5.2 million left in reserve.

The city planned to dip into reserve for a few years to implement a new pay structure for employees. Mayor Lioneld Jordan held a series of meetings in 2017 to explore ways to raise police and firefighter salaries. Becker said at the time the city had enough reserve to carry the weight of the raises with enough growth in sales tax revenue.

Sales tax revenue has grown consistently about 5% over the last five years or so. However, this year’s growth is projected to end slightly under the 2% budgeted growth. Becker budgeted for sales tax revenue to hit about $29 million. It likely will end the year at about $28.8 million, a difference of about $148,000. 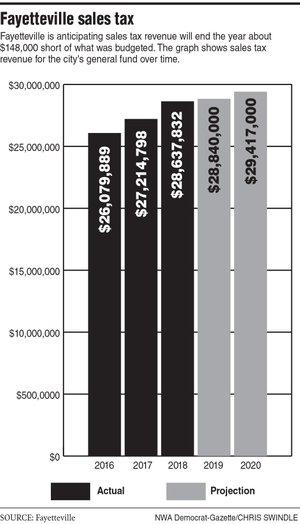 Becker said there could be a number of reasons why sales tax revenue growth is down this year. It’s the nature of sales tax to be volatile, he said.

One year of fluctuation doesn’t indicate a trend, Becker said.

“Every year you’re going against the year before you,” he said. “This is going to be a softer year next year.”

Although sales tax growth is anticipated to be under budget, other sources of revenue for the general fund are projected to exceed expectation, Becker said. Franchise fees and property taxes should end up about 4 ½% higher than budgeted. All other revenue, such as pension insurance turnback money from the state and alcohol taxes and licenses, should end the year nearly 13% over what was budgeted.

All told, the $48.7 million in budgeted revenue for next year is nearly $1.3 million more than the budgeted amount for this year.

Jordan has historically recommended employee raises to the City Council every spring using a combination of projected sales tax growth and reserves. The administration has about six months to watch revenue, and make a decision from there, he said.

“I got so much coming in, and I got so much going out,” Jordan said. “My job as mayor is to keep us between the road ditches.”

Regardless, property taxes will stay the same, Jordan said. The council will take up the millage levy during its meeting Tuesday with no proposed difference in rates.

The City Council will hold its session to discuss the entire budget in November.