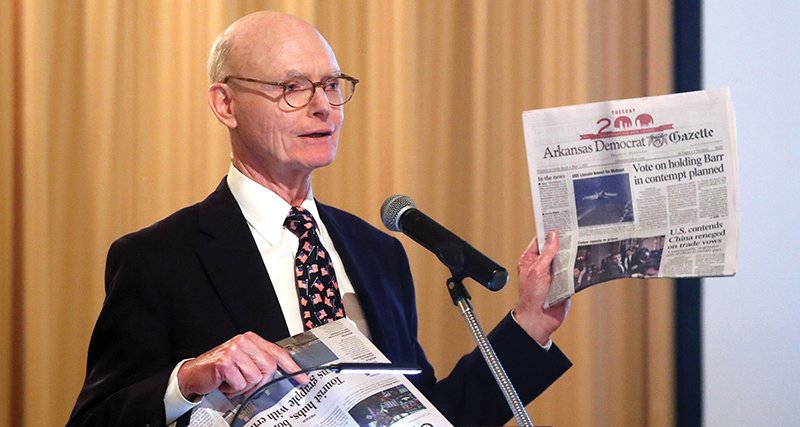 Walter Hussman Jr., publisher of the Arkansas Democrat-Gazette. - File photo by The Sentinel-Record.

The Hussman family is giving $25 million to the journalism school at the University of North Carolina at Chapel Hill.

The school will be renamed the UNC Hussman School of Journalism and Media, said Susan King, the school's dean.

It's the largest donation in the journalism school's history, King said.

"Obviously, this is a major historic moment for our school," she said. "I think for journalism to have someone at this moment of such cataclysmic disruption and lack of trust to say journalism is so important that he wants to invest in the future for the pipeline of great journalists and media leaders -- that is the most optimistic thing I have felt in a long time. We are very, very excited about this."

The donation is being made personally by the Hussman family -- Walter E. Hussman Jr., publisher of the Arkansas Democrat-Gazette; his wife, Ben Hussman; son Palmer Hussman; and daughters Eliza Gaines and Olivia Ramsey.

Walter Hussman, who is also chairman of WEHCO Media, Inc., said none of the money is coming from company funds.

"They are all 100% in favor, which pleases me to see the fourth generation of our family is so committed to journalism," said Hussman, referring to his three adult children.

UNC has one of the best journalism schools in the country, said Hussman, who graduated from that school in 1968 before earning a master's in business from Columbia University in 1970. Hussman's two daughters and his sister Marilyn Augur are all UNC graduates.

Hussman said the main reason the donation is being made is because the UNC journalism school has decided to endorse and adopt the statement of core values published every day in all 10 of WEHCO Media's daily newspapers, including the Democrat-Gazette.

Hussman said he hopes other schools of journalism will follow the lead of UNC with their own statements of core values, as this could help restore some of the public's trust in news reporting.

King said Hussman drafted the core values after meeting with her one night in February 2017. When she read them, she said, she told him that they should be etched in stone.

And they will be.

The core values will be chiseled into a stone wall in the lobby of Carroll Hall, where the journalism school is located, she said.

The First Amendment to the U.S. Constitution is already displayed in the lobby. It guarantees, among other things, that Congress will make no law abridging freedom of the press.

The statement of core values appears on Page 2A of the Democrat-Gazette each day. The core values include impartiality, credibility and thoroughness.

"To provide the most complete report, a news organization must not just cover the news, but uncover it," Hussman wrote in the core values. "It must follow the story wherever it leads, regardless of any preconceived ideas on what might be most newsworthy."

The truth isn't always clear when reporters begin working on a story, wrote Hussman. The role of journalists is to "report as completely and impartially as possible all verifiable facts so that readers can, based on their own knowledge and experience, determine what they believe to be the truth."

For some people, social media has blurred the lines between news and opinion. Hussman said the difference needs to be clearly delineated.

"When a newspaper delivers both news and opinions, the impartiality and credibility of the news organization can be questioned," he wrote in the core values. "To minimize this as much as possible there needs to be a sharp and clear distinction between news and opinion, both to those providing and consuming the news."

"The public has lost trust in the media in America," Hussman said Monday. "To re-establish that, I think people need to go back to these core values that really were the bedrock of journalism in our country."

"Journalism is a noble profession," he said in an email. "But something is wrong when we see the public's trust in the news media at such a low level. Some politicians and even some in the news media itself regularly attack the 'mainstream media.' There is little we can do when criticism comes from outside our profession. But there is something we can do by re-examining our own standards, principles and journalistic values. We need to be honoring those time-tested best practices, which had earned the trust and respect of the public over many decades."

Besides adding the Hussman name to the school, UNC will make another change to the name of its School of Media and Journalism.

"We're having them reverse that and put journalism first," Hussman said. "Everybody was enamored with the term 'media' until 'media' came to include something else -- social media."

Part of the reason for that change, said King, is that "the Hussman name stands for journalism."

"That is his passion," she said. "At this moment, many people may run the other way, but Walter Hussman and his family are running straight toward the issues in supporting journalism."

King said the Hussman family feels strongly that trust in the media must be renewed, adding that its support is "a rallying cry for deans across the country."

King said about 40% of the students at the UNC school are in journalism and 60% are in the fields of advertising and public relations. But there are core courses that all the students in the school must take to graduate, she said.

The Hussman family has donated to the UNC journalism school before, including a $667,667 donation to establish a professorship named for Walter Hussman Sr., the father of Walter Hussman Jr. After a match by the state, the professorship is now worth more than $1 million, King said.

Hussman has been converting print subscribers to digital subscriptions in all 63 counties where the newspaper has traditionally been circulated.

That doesn't include the 12 counties served by the Northwest Arkansas Democrat-Gazette, which operates autonomously.

If all goes according to plan, the print edition of the Arkansas Democrat-Gazette will cease by the end of the year, except for Sundays, Hussman said.

Hussman is providing Apple iPads to subscribers so they can read a replica of the newspaper online. 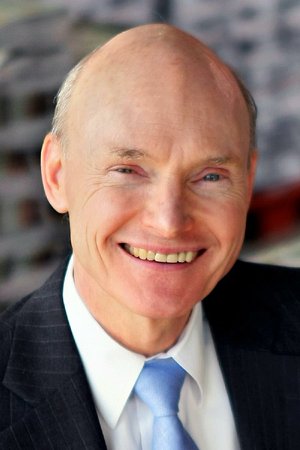