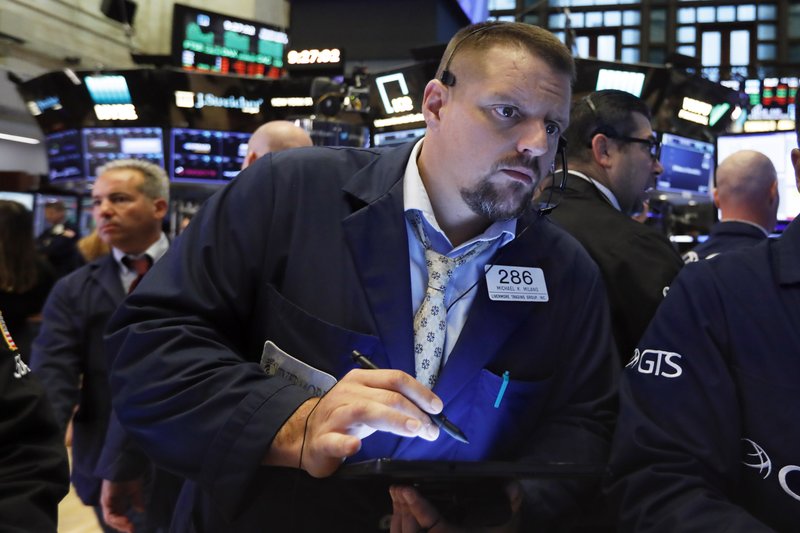 The S&P 500 ended virtually flat as losses in technology and health care stocks outweighed gains in financials and other sectors. The Russell 2000 index of smaller-company stocks, which has lagged behind the S&P 500 this year, outpaced the rest of the market.

Investors are taking a shine to smaller-company stocks in hopes that they'll be better shielded from the fallout of the costly trade war between the U.S. and China than large multinationals.

"If you're making your product or service in the U.S. and selling it to U.S. customers, you're somewhat more insulated from the global trade volatility and the slower growth that's spawning from that globally, too," said Ben Phillips, chief investment officer at EventShares.

The broader market has bounced back the past two weeks after a bout of volatility brought on by the trade war as Washington and Beijing imposed new tariffs on more of each other's imported goods. Investors worry the escalation of tariffs may be dampening global economic growth and threatening to nudge the United States into a recession.

Traders are hoping for a deal between the world's two largest economies and were encouraged last week by news that talks will resume in October.

A mixed bag of economic data has also kept Wall Street focused on central banks and whether they will continue taking measures to shore up economic growth. On Friday, Federal Reserve Chairman Jerome Powell said the central bank doesn't expect a recession and will take necessary actions to maintain growth.

Economists expect the Fed to cut interest rates when it meets next week. Separately, the European Central Bank is expected to unveil new monetary stimulus measures on Thursday to help shore up the region's economy.

U.S. stock indexes appeared set to extend their gains from last week in early trading Monday, led by gains in banks and communications companies. But the momentum faded by midmorning and the major indexes veered between small gains and losses the rest of the day.

At the same time, the Russell 2000 continued to climb. It's 13% gain year-to-date is still far behind the 18.8% increase in the S&P 500. That's one reason why the smaller-company stocks are looking attractive now.

"People are rotating out of the more expensive stuff, some of the things that are probably risky in a downturn, like tech, and going into some more traditional value," Phillips said.

Among the winning small-cap stocks Monday were video-game retailer GameStop, which jumped 10.4%, and prison operator GEO Group, which rose 2.6%.

The yield on the 10-year Treasury rose to 1.64% from 1.55% late Friday in a sign that investors remain confident that the economy will continue growing. They also shifted money out of safe-play sectors, such as utilities and makers of consumer products.