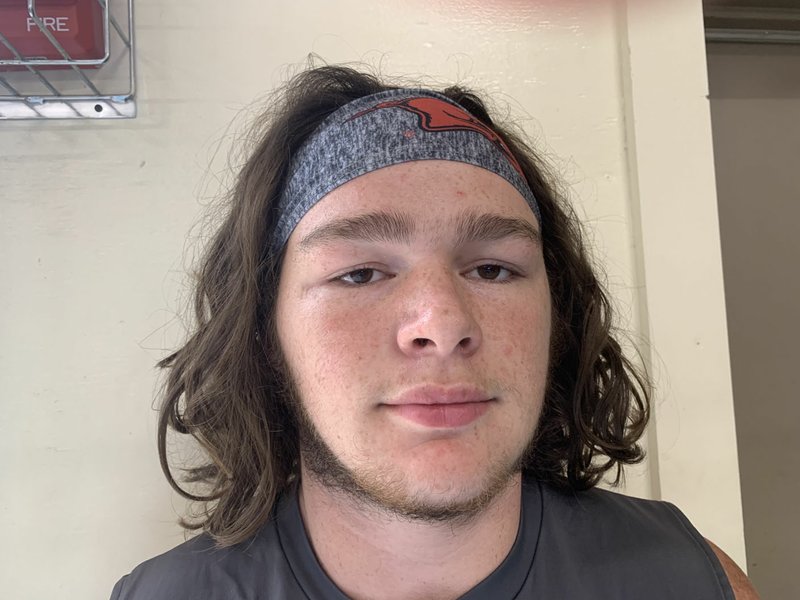 That experience on offense proved valuable for Wilson, who accounted for five touchdowns in a 31-20 victory at Elkins on Friday. It was the first start at quarterback for Wilson, who threw for 167 yards and one touchdowns and added four rushing touchdowns, including an 11-yard score.

HARPER FAULKENBERRY Ozark quarterback was 3 of 5 passing for 56 yards and 2 touchdowns, and ran for 96 yards and 1 touchdowns in a 28-6 win over Booneville.

JETT DENNIS Greenland rushed for 146 yards, had 2 catches for 53 yards, and recorded 9 tackles in the 31-20 win over Elkins.

DARRYL KATTICH Cedarville back had 7 carries for 138 yards and 3 TDs rushing along with a touchdown catch in the 46-0 win over Mountainburg.

LADARIUS WONSLEY Springdale receiver was huge in the 24-21 come-from-behind win with 15 catches for 183 yards and 1 TD against LR Parkview.

HUNTER LOYD Rogers quarterback threw for 371 yards, 7 TDs and a two-point conversion in a 66-58 loss to Pulaski Robinson.

SAMMY ZAMMERON Rogers rushed for 151 yards on 12 carries and a touchdown and also caught four passes for 82 yards and 2 TDs despite not playing most of the second half because of an injury on Friday.

"Levi and I have been friends forever and we competed every day," said Wilson, a junior. "Getting to play in games at quarterback last year was a big help. Just knowing I'd been there before gave me the confidence I could come in and make plays."

For his effort, Wilson is the Northwest Arkansas Democrat-Gazette Player of the Week.

"Gabe can scramble and he made some good, short throws," Greenland coach Lee Larkan said. "He and Levi worked together last year and made each other better. Our quarterback position is a strength."

Wilson wasn't the only playmaker last week for the Pirates, who lost 48-28 in the season-opener last year to Elkins. Jett Dennis rushed for 146 yards and Zaylen Bryant caught seven passes for 87 yards. But it was Wilson who Greenland turned to deep in Elkins territory and he responded with four rushing touchdowns.

Wilson completed 14 of 21 passes and also rushed for 46 yards on 11 attempts. Wilson acknowledged his good start but said he needs to keep improving after moving from linebacker, where he had 89 tackles while playing in 11 games as a sophomore.

"I'm just trying to extend plays and use second effort if I have to and get in the end zone," Wilson said. "I had a good game but I need to read coverages better, hit open receivers, and finish drives."

Greenland's road victory at Elkins provides momentum for Friday's home-opener against Mountainburg, which lost 46-0 to Cedarville. The Pirates will then face Gentry before beginning 3A-1 Conference play Sept. 27 at Charleston.