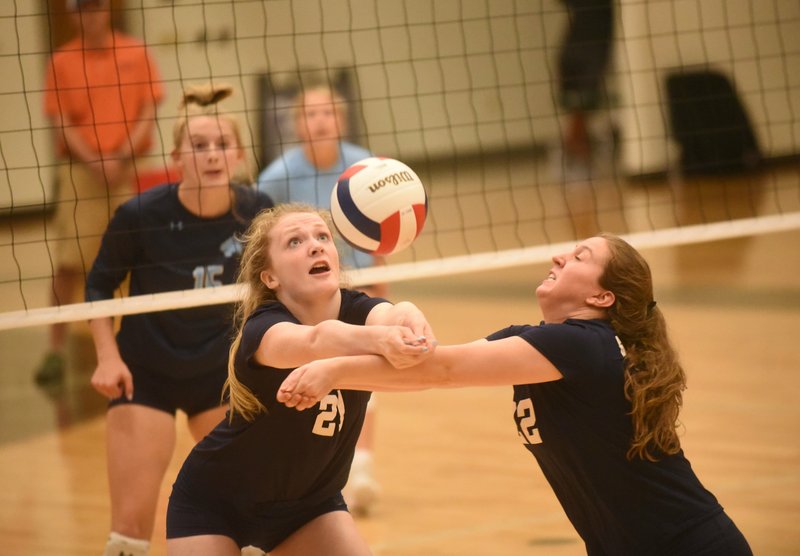 The Lady Wildcats, who play four sophomores, staved off four match points to earn a tough 25-18, 23-25, 20-18 win over Greenwood to claim the Early Bird tournament title at Tiger Arena.

Har-Ber (6-3) avenged a four-set loss to the Class 5A Lady Bulldogs suffered almost two weeks ago and capped a strong day with a gutsy performance in the finals to claim the championship in the highly competitive 12-team tournament.

Har-Ber coach Cassie Loyd said her team cut the number of unforced errors from the last time it played Greenwood and that was a big reason for the win, but it wasn't the whole story.

"We've been putting a lot of pressure on our hitters over the last week in minimizing errors and putting balls away," Loyd said. "I think that was a big difference-maker today, that and our defense. Man, our defense has gotten so much better."

Greenwood coach Jennifer Golden saw her team improve, despite the loss in the finals.

"We had our chances. We had the lead. We had game point I don't know how many times," Golden said. "It's just taking care of the little things. It just came down to outlasting. It was just a good match. I felt like we got better today.

Camryn Presley enjoyed a strong performance for Greenwood (6-4), falling just short of a triple-double. The senior finished with eight kills, 11 digs, and 14 assists. Libero Izzy Davis led the defense with a match-high 28 digs for the Lady Bulldogs, who lost in pool play to Willard, Mo., but swept Blue Springs (Mo.) South to earn a berth in the finals.

Sophomore setter/hitter Caylan Koons made play after play late in the championship match to help her team win, even after getting hit in the face with a hit early in their 6A-West Conference match against Bentonville High on Thursday. She came back later to help the Lady Wildcats rally for a win in that match, too.

Koons, who finished with 12 kills and 22 assists, extended rallies with big digs throughout the latter part of the match and came up with three big kills, giving her team the lead 16-15, 17-16 and 18-17.

"Caylan is an athlete and she's a difference-maker for us," Loyd said. "She hits. She sets. She passes. She can kinda do it all for us. We put pressure on her as a sophomore, but she's one that likes the pressure and can get it done."

Har-Ber picked up a two-set win over defending 6A state runner-up Fort Smith Southside in pool play and outlasted a tough Willard (Mo.) team in three sets to advance to the tournament finals. The Lady Wildcats got off to a strong start against last year's 5A state runner-up to take the first set, but Greenwood bounced back to tie the match.

The Lady Bulldogs looked to be in control, leading 14-11 in the third set, but Har-Ber pushed back. Mackenzie White and Natalie Williams sandwiched kills around a Greenwood error for a 14-14 tie. Greenwood had another match point after a solo block by Larkin Luke, but again Har-Ber responded.

The teams see-sawed three more points before Har-Ber scored back-to-back off Greenwood errors for the win.