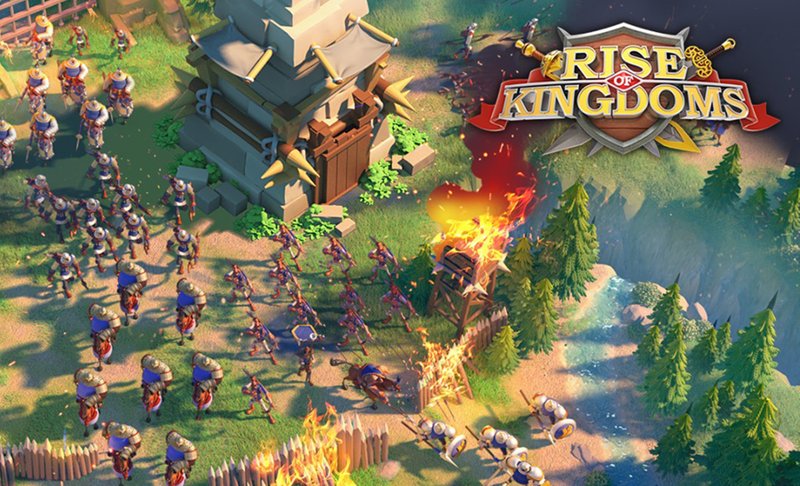 When I find myself with a few minutes to spare while on the go, I like having a few fun mobile games to play on my phone. Because I'd seen so many advertisements over the past half a year or so and am a pretty big fan of similar strategy games, I decided to give Rise of Kingdoms: Lost Crusade a try.

Created by Shanghai-based Lilith Games, RoK is a massively multiplayer online real-time strategy game that places you as the governor of a small city in an extremely large kingdom. All around you are hundreds, if not thousands, of other small cities just like yours.

I'll say this at the start: If you're a novice gamer, this is not the one to cut your teeth on. There is a pretty extensive tutorial for new players that explains every basic activity in the game, but the basics can be boiled down to three activities:

■ Build a strong base by upgrading buildings, troops and technologies;

■ Battle with your troops against barbarian hordes and other players;

■ Collect gems and other resources.

The gameplay is pretty straightforward. As you play, governors (that's you) will acquire commanders (typically based on real-life legends, such as Sun Tzu or Julius Caesar) to lead armies made up of four types of units (melee, cavalry, ranged and siege).

The heart of RoK involves joining an alliance with other governors; helping your allies grow, attack and defend; and seizing territory and resource spots from competing alliances.

I will say this about RoK — there's always something to do, to the point that the game can become almost addictive. And it's clear that a lot of people have been trying the game out — more than 10 million downloads worldwide on Android, according to Google Play.

All the various buildings in the city can be upgraded. The commanders gain experience from each battle and can level up, unlocking new skills. Not only does each city have its own technology and upgrade tree, but so does each alliance.

In the early stages, the game is pretty simple. Send your army to battle barbarians or collect resources such as wood, crops or stone. Use those resources to upgrade your city, which then unlocks new abilities and features. Early in the game, these upgrades happen very quickly, only taking a few seconds to a few minutes. Your city is surrounded by a protective bubble for several real-life days, preventing any harm from coming to you, as governors race furiously to improve their strength faster than their neighbors.

To keep players interested, RoK has daily and weekly quests to complete that give very useful rewards. Two of the most useful are silver and golden keys, which can open chests that randomly reveal new commanders or items to upgrade commanders' abilities.

If RoK was a solely free-to-play game, or a game that needed to be simply purchased once and then played, I think this review would head from here in a very different direction. But RoK is a game that relies heavily on its in-game currency, called gems, that can be bought with real money.

RoK is very much a pay-to-win game. If you want to be the strongest governor, all it really takes is a credit card with a high limit. Players are bombarded by advertisements to buy more gems, repeatedly, every single day, and the best commanders and most useful features of the game can only be accessed by people who have opened their wallets.

And sure, I don't expect anyone to just make a great game for free and not earn any money from it, but in a player-versus-player game, giving advantages (in this case, major advantages) to wallet warriors is a huge negative in my book. This is not the game for anyone with self-control issues when it comes to spending money online.

There's nothing in the gameplay itself that makes it inappropriate for a child to play, but the ability to make purchases would definitely need to be turned off for them.

The game isn't unenjoyable; it's actually been quite fun over the past few weeks. There are lots of interesting gameplay mechanics, although there's no real narrative to speak of. But there's also no victory condition to the cycle of endless conflict. The end is when you get bored and stop playing, and at that moment, you'll wish you had all those hours of your life back. As a time-waster, it fulfills its duties nobly, but my advice is ... don't waste your time or your money.

Rating: Some fantasy violence, OK for kids except for tempting in-game purchases