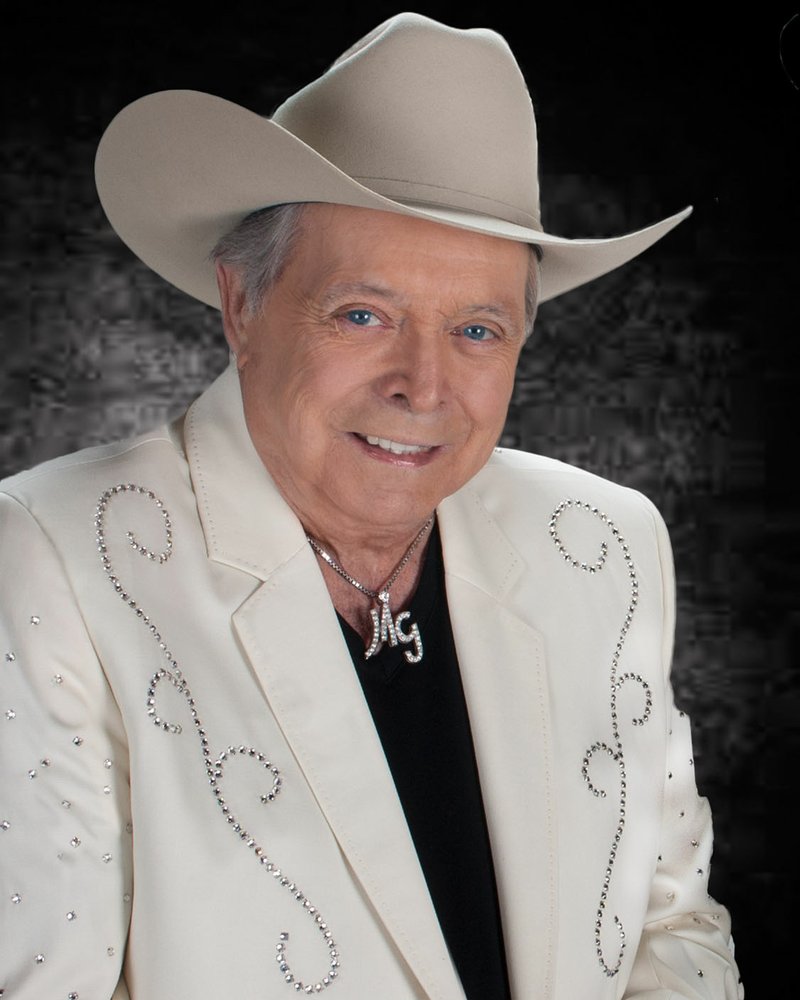 Courtesy Photo At 83, Mickey Gilley says "I couldn't have asked for a better life. I've been all over the world. I've played for two presidents. I have a star on the Hollywood Walk of Fame. I've won a bunch of awards. And I still look forward to going out and performing."

It doesn't matter how long you've been an arts writer, picking up the phone to "Hey, this is Gilley" is a little disconcerting. But the man behind the trademark voice couldn't be nicer.

On this particular Thursday, he'd just flown in to Branson -- and yes, he did make the requisite joke that "boy, are my arms tired!" Although he's played the music city of the Midwest for more than 25 years, he's only in town for a few shows in the spring and fall these days. He sold his theater and is only making about 40 tour stops this year.

Gilley says he was making $1.25 an hour working construction in Houston when his cousin, Jerry Lee Lewis, came through town all those years ago. He saw the opportunity for a much richer lifestyle, he says, both financially and in terms of career satisfaction, and he "threw my hat in the ring." He says he tells audiences he'll play "Ooh We Baby," the first song he recorded in 1957, and "they'll understand why it took me 17 years to have a hit!" That chart-topper -- "Is It Wrong for Loving You?" -- was the first of 39 top-10 country hits, 17 of which reached No. 1.

Although he was already famous and was launching other musicians' careers at his nightclub in Pasadena, Texas, Gilley broke out of the country mold in 1980, when he appeared in the film "Urban Cowboy" with John Travolta, Debra Winger, Charlie Daniels and Johnny Lee, with whom he is performing this fall in Branson. He says it doesn't seem possible it was 39 years ago, and he acknowledges it as a turning point in his career. But there were a couple of others that were less fun and more challenging.

Gilley first played in Branson in 1987, at the theater run by country legend Roy Clark. It went so well that he decided to buy his own place and spend most of his year there. "I wanted to get off the road," he says simply. A fire in 1993 took the structure to the ground, but Gilley rebuilt and reopened in 1994, saying he loved the Branson audiences too much to leave.

His career almost ended in "2-double-0-8," however. Gilley had fluid building up in his brain and underwent surgery to install a shunt. The result was as if "somebody had turned the lights on." He says he felt incredibly energized, was playing golf better, had energy through the roof and felt as if he were 9 feet tall. That's how he explains that he had been drinking a little after playing golf and decided he'd move a love seat by himself. He fell backwards with it -- and "my life changed," he says. He had injured his C3, 4, 5, 6 and 7 vertebrae and was paralyzed from the neck down.

"I never had a negative attitude," he says when asked how he got back on stage. "I always felt like I would improve."

Nowadays, Gilley says he walks onto the stage but spends most of the show sitting on a stool. He is no longer able to play the piano, he adds; his hands just don't work well enough. But he says with a good keyboard player and a sense of humor, he's still able to do what he loves most -- perform. He tells audiences, he says, that he followed in the footsteps of the wrong cousin. "I should have followed Jimmy Swaggart," he says, laughing. "He's made a ton of money tax-free!"

"I still talk to Jerry Lee. If it hadn't been for him, I wouldn't have gotten in the music business.

"I couldn't have asked for a better life," he adds. "I've been all over the world. I've played for two presidents. I have a star on the Hollywood Walk of Fame. I've won a bunch of awards. And I still look forward to going out and performing."

"The only thing I haven't done is visit the Hearst Castle in California," he says. "I've always wanted to do that."