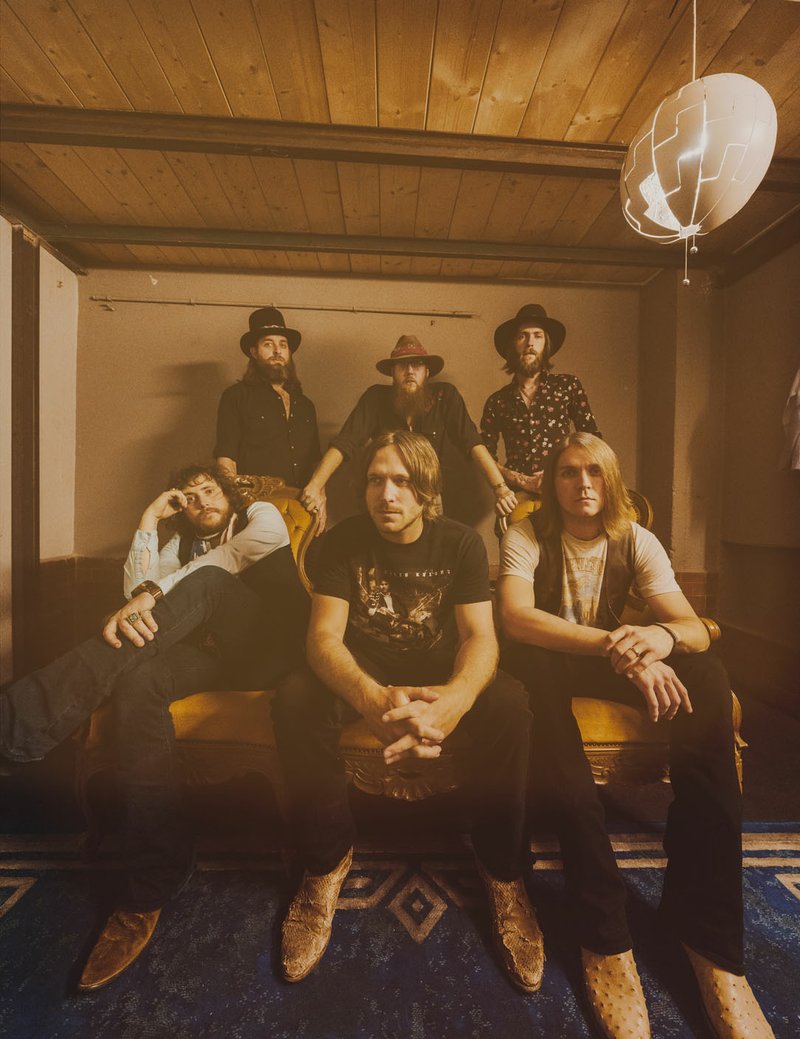 East Texas rockers Whiskey Myers return to Northwest Arkansas Sept. 12 for a show at JJ's Beer Garden and Brewing Co. The genre-bending group came through Fayetteville several times in 2018 and even closed out the summer concert series at JJ's last year.

"We're always excited to get back to Arkansas. We've been playing Arkansas since we started, and it's always been good to us. We love it there," enthuses co-lead singer and guitarist John Jeffers. "It kind of feels like home. We're from East Texas, so we're not in the desert side -- we have trees and rivers and everything. So Arkansas just kind of looks like home, and it feels like home every time we're there. We're always proud to come back."

This visit is especially exciting as the show takes place just over two weeks ahead of Whiskey Myers' fifth studio album release. The six-piece decided it was time to take a stab at producing for themselves on the self-titled, self-produced album out on Sept. 27.

And that statement they're screaming? That this album is the real Whiskey Myers.

"It's 100% authentic, independent, produced by us. From the packaging, to I did all the artwork for the whole record, every instrument that's played, it's 100% us."

With already more than 30,000 pre-orders for the new album and their frequent return trips to Northwest Arkansas, Whiskey Myers is likely already known by plenty of Arkansans for what Rolling Stone noted: "It's the seminal combination of twang and crunchy rock 'n' roll guitars that hits a perfect sweet spot." But it case anyone is looking for further confirmation of the sure-to-be party on Sept. 12, Jeffers leaves no doubt:

"You can expect it to be hot and sweaty. If you're expecting a two-stepping event, you're probably not gonna get that. It's going to be a rocking show -- live and enthusiastic, for sure. Electric."