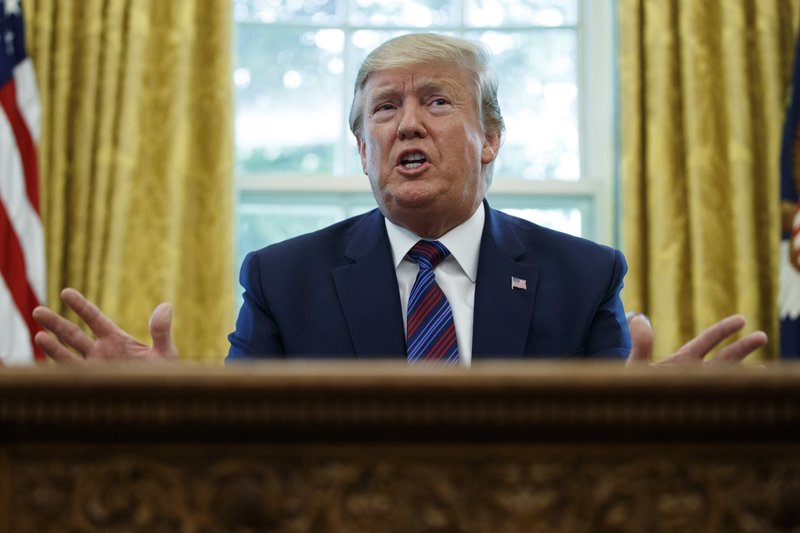 WASHINGTON -- President Donald Trump says Walmart's decision to discontinue the sale of certain gun ammunition is "up to Walmart."

Trump says Walmart is "very smart" and recently announced strong financial results that reflect the strength of the U.S. economy.

Trump says "they feel that what they did is the right thing, and they can do what they have to do."

He also told reporters during a White House event Wednesday that his administration is working on legislation with members of Congress in response to recent mass shootings in Texas and Ohio.

Trump declined to provide specifics, but says "we'll be looking at a lot of things and hopefully coming up with something that's bipartisan."

Print Headline: Trump says plan to stop some ammunition sales up to Walmart