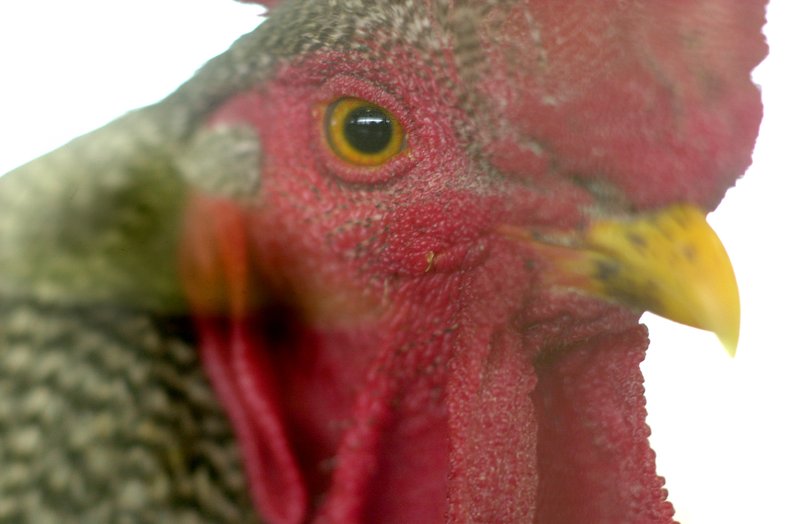 A chicken is seen in this Democrat-Gazette file photo.

Metromania: An obsession with writing in verse (What could be worse?)

Gustatory rhinitis: A runny nose caused by eating certain foods (such as spicy ones).

Pneumonoultramicroscopicsilicovolcanokoniosis: The actual description of this medical condition is only a bit longer than the word itself. It's a lung disease caused by inhaling fine ash or sand dust. Think something like black lung. The word is an invention, created in 1935 by the president of the National Puzzlers' League as the longest word in the English language, at 45 letters. Physicians probably don't actually use the term because, aside from not remembering how to spell it, the word doesn't fit in a medical record.

Teens who said they were teased or ridiculed about their weight increased their body mass by 33% each year compared to teens who had not been teased, according to a new national study.

The study followed 110 young people for 15 years, beginning at an average age of 11. All were either overweight (a body mass index above the 85th percentile) when they began the study or had two parents who were overweight or obese.

The findings contradict the belief that such teasing may motivate behavioral changes and prompt people to attempt to lose weight. Instead, researchers said weight-associated stigma likely caused overweight youth who were teased to engage in unhealthy behaviors such as binge eating and avoiding exercise, though they also said the stress of teasing could stimulate the release of the hormone cortisol, which may lead to weight gain.

The affected teens gained an average half-pound more per year than those in the comparison group.

— American distiller and creator of the eponymous whiskey Jack Daniel (1850-1911). He died of blood poisoning, purportedly from a toe injury caused by kicking an office safe, although multiple sources suggest the story is apocryphal.

When a doctor or nurse takes your pulse, you might notice they use their middle and index fingers, rather than their thumb, to measure beats. That's because there's a big artery in the thumb — the princeps pollicis artery — and like all arteries, it pulses, making it difficult to discern a pulse elsewhere.

A federal judge in Florida recently ruled that the state can limit who gives out dietary advice — but only if the adviser charges a fee.

The case involved a health coach who was fined for practicing without a dietary license. The health coach countered that she was simply exercising her free speech rights. The judge said fine. Share away. But if you also charge people for your services and health advice, you need a professional license.

The health coach is appealing the ruling.

The shape of a belly button (innie or outie) depends upon the amount of space between the skin and the abdominal wall, which determines how much skin (and scar tissue) is left behind to form the belly button.

Doctors can't choose this for newborns.

Most mammals have belly buttons. Other mammalian mothers chew off the umbilical cord, leaving a flat scar that's harder to detect than humans'.

Some exceptions: Platypuses lay eggs, so no umbilical cords involved and no belly buttons. The umbilical cords of kangaroos and koalas generally fall off while they're still developing inside the mother's pouch, and a scar never forms.

64,859: Price, in dollars, for a 30-day supply of Myalept, used to treat a rare hormone deficiency. Myalept is the most expensive prescription drug in the United States.

Mother to receptionist: "I need to speak to the doctor. It's an emergency. Junior has a temperature of 101."

Doctor to receptionist: "Find out how she's taking the temperature."

Receptionist to mother: "How are you taking it?"

Q: How many psychologists does it take to change a lightbulb?

A: Just one, but it takes nine visits — and the lightbulb has to want to change.

Doctor to patient: "You're very sick. I like that in a patient."

Q: What percentage of your body is made up of blood?

Q: What is the only human body part that has no blood supply?

A: The cornea. Oxygen and nutrients diffuse directly from tear fluid on the outside and the aqueous humor (the thick watery substance between the lens and the cornea) on the inside.

GET ME THAT, STAT!

Almost seven in 10 smoked cigarettes in this country wind up not in ashtrays or trash cans but as litter, reports The Wall Street Journal. Cigarette butts are a universal blight, the single most littered object in the world.

Butts are made from a potentially toxic plastic called cellulose acetate.

What percentage of your body is made up of blood? a) 8%

"I did not attend his funeral, but I sent a nice letter saying I approved of it."