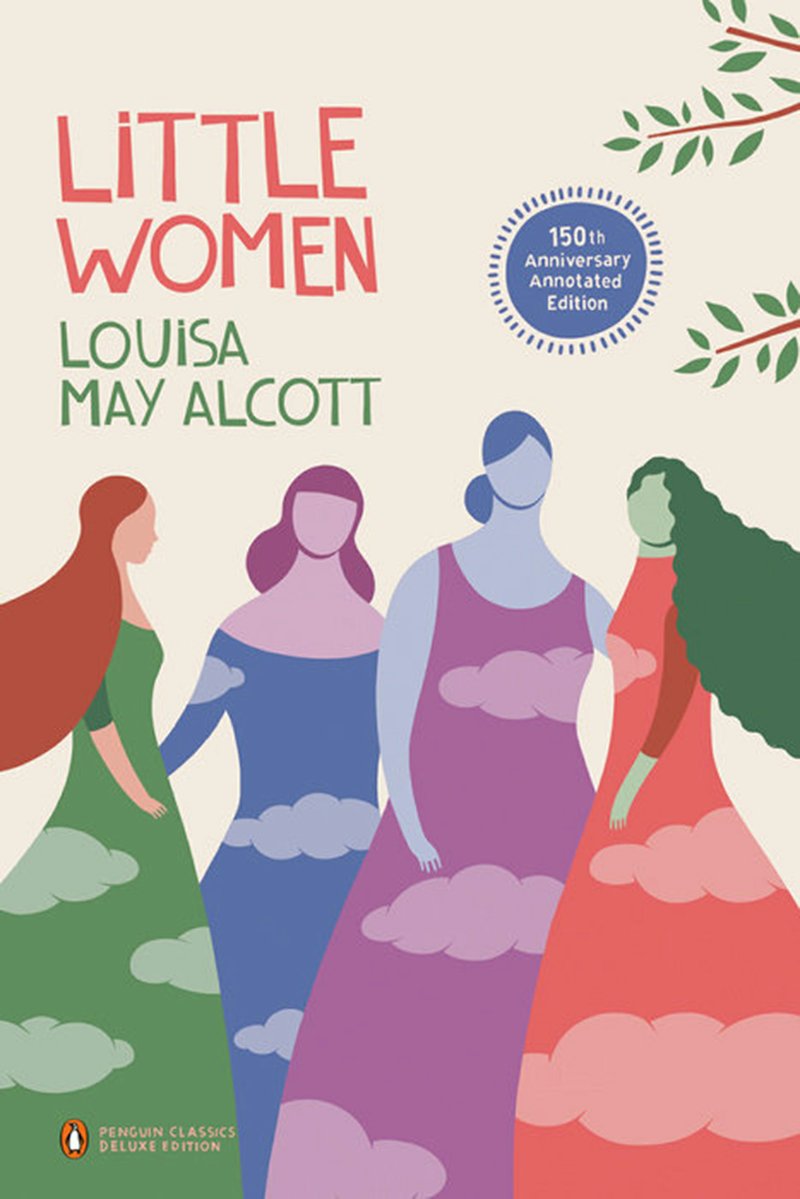 Those of us who spent most of our childhoods reading in a corner have certain books engraved upon our consciousness; books whose sentences we can finish, whose stories we never outgrow. I first read Louisa May Alcott's tale of four sisters growing up in genteel poverty in 1860s New England, Little Women, when I was 8.

Written on request for a publisher who wanted "a girls' story," by an author who'd been supporting her family by writing everything from lurid blood-and-thunder magazine stories to an account of her time as a Civil War nurse, Little Women turns 150 years old this year. (To be precise, the milestone is spread over two years: Part I of Little Women was published in 1868, Part II in 1869.)

New books are marking the anniversary: March Sisters: On Life, Death and Little Women has four writers — Kate Bolick, Jenny Zhang, Carmen Maria Machado and Jane Smiley — musing on the book's four siblings; Meg, Jo, Beth, Amy: The Story of Little Women and Why It Still Matters by Anne Boyd Rioux examines the book's history and argues for its inclusion in a modern canon of books important to feminism.

And a new movie version of the book will arrive in December, from writer/director Greta Gerwig (Lady Bird). Saoirse Ronan plays Jo, Emma Watson is Meg, Timothee Chalamet is Laurie, Laura Dern is Marmee, Meryl Streep plays Aunt March. (For the record, I maintain that Winona Ryder was tragically miscast as Jo in Gillian Armstrong's otherwise lovely 1994 film version of the novel. Talk amongst yourselves.)

But the best way to celebrate the Little Women anniversary is just to take time by the fetlock, as Amy March would say, and reread it.

After my sister and I squabbled one time too many over the book, I saved my allowance and acquired my own copy: an inexpensive, plasticky white hardcover edition, with faintly mod-looking March sisters in line drawings on the front, which I read so many times the binding eventually disintegrated. Later I replaced it with a series of dog-eared secondhand paperbacks, which followed me throughout my adult life; today I own at least two copies, one of which — in Jo fashion — I can't find.

(Side note for all those who, like me, read the book as a child long ago: In all likelihood, we read a polished, sentimentalized version released in 1880, not Alcott's original 1868-69 text. Elaine Showalter, in her introduction to the Penguin edition, describes how "Alcott's vigorous slang, colloquialisms, and regionalisms were replaced by a blander, more refined and 'ladylike' prose" upon request of the publisher.

The changes are small, but I noticed a few differences while reading the Penguin version — which uses Alcott's original text — such as Amy calling herself a "selfish pig" rather than the more polite "selfish girl." In recent years, the original has been more frequently published, including the Norton Critical Edition.

In those early readings, I focused more on the first half of the book and skimmed the second half. Everybody seemed so old and far away, and things like newlywed life and trips to Europe didn't register much for me. I did wonder why the Marches, if they were so poor, had a maid and a house with an upstairs and lived next door to a mansion. But I chalked it up to grownup life not always making sense, and repeatedly devoured the book for the descriptions of dresses and dishes (what was blanc-mange, or tarleton?), the drama of Beth's illness and Amy's fall through the ice, and the warm, homey depictions of an affectionate band of sisters who loved books, plays, cats and other things I loved.

Sometime around college, I read the book more carefully and realized I still loved it. (Though I'm still not quite sure how the Marches could afford a maid.) Yes, it's dated and sentimental and occasionally preachy — though I love how Alcott, at one point, interrupts her own moral lecture with "Jo must have fallen asleep (as I dare say my reader has during this little homily)."

But the characters jump off the page, particularly the four March girls — who were famously based on Alcott's own family life. Like Jo, Louisa was the second of four sisters, alongside domestic Anna (the inspiration for Meg), frail Lizzie (Beth) and artistic May (Amy). It's fascinating to learn more about the Alcott sisters, and how closely they mirrored their counterparts in the book: Anna married early and became a mother of two; Lizzie died young; May studied art in Europe and became a respected painter (though her ultimate fate was far more tragic than Amy's happy marriage).

Though the family moved constantly during Louisa's youth — her eccentric father, the social reformer and transcendentalist thinker Bronson Alcott, wasn't much of a provider — they eventually settled in a brown house near an orchard in Concord, Mass., which became the model for the Marches' cozy home.

You don't need to know the Alcott family, however, to love the Marches: Much of the joy of reading Little Women is seeing how skillfully Alcott sketches her characters, grouping the sisters in ever-shifting duos. They are paired by age, particularly early in the book: Meg and Jo are old enough to go to parties (and to work for a living); Beth and Amy are "the little girls." They are paired by intimacy, with Meg serving as Amy's confidante and — "by some strange attachment of opposites" — Jo as Beth's.

And they are paired by temperament. Meg and Beth are the passive, gentle ones, kind and loving and inherently uninteresting. Jo and Amy are the strong personalities — the duo who take over the book. The family's two fiery artists (imagine how rare it was, in the mid-19th century, to read a children's book featuring not one but two creative, artistic young women) are frequently at odds with each other early on. It's one of the book's rewards to watch as bratty Amy grows up, headstrong Jo learns to listen, and the two come to love and respect each other.

I know I'm supposed to say here that Jo was my favorite, as so many young readers do, but I was always most drawn to Amy, the littlest March. Maybe I didn't know then that I would be a writer someday, making my living doing the electronic version of what Jo calls "scribbling." Or maybe I just wanted to be blonde and graceful and able to paint my soiled boots a pretty blue.

But this I know for sure: I still get teary at Beth's slow, poignant fading away; still thrill to Amy and Laurie's awakening romance against a picture-perfect European backdrop; still smile at Jo's adventures in Mrs. Kirke's boardinghouse (though, for God's sake, Professor Bhaer? Really?); still put the novel down with a warm, familial feeling inside of me that few books seem to kindle.

Happy 150th birthday, Little Women. May you have many more.