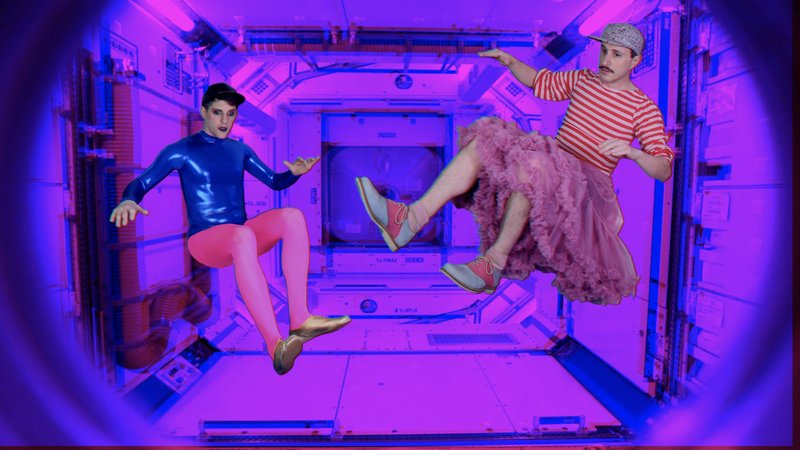 "From the very beginning, we were really interested in the sort of absurdity of genre and also the socioeconomic, racial kind of boxes that genre often gets paired with -- like these types of people should listen to this, these types of people should listen to that," Alexis Gideon, one half of the duo, recalls. "We always were interested in why do these lines exist and what does it mean to play with breaking them down?"

WHERE — 21c Museum Hotel in Bentonville

FYI — The event is also the closing celebration of ‘The Future Is Female’ exhibit.

Even before Gideon and his musical partner, Michael O'Neill, understood or could verbalize what those issues were they were interested in investigating, the foundations existed in their early works, Gideon says. Fast forward to post-graduation moves for both artists, a nearly 10-year hiatus and the return of Princess some three years ago, and the band has developed a cohesive aesthetic -- both sonically and visually -- that is still investigating the pointless nature of such boundaries.

"In this moment where there's so much importance on identity, and identity politics is such a huge part of the art world right now, it's interesting because I think both Michael and I have always felt like we don't identify with anything. Like, we don't want to be put in any category," Gideon shares.

"Which is a real luxury as white men in America," he acknowledges. "But I think that the concept of not wanting to identify with anything, sort of a non-identity -- not to deny anyone else's identity, of course -- but to [explore] can we create a space where we can both get together and celebrate our lack of wanting to belong, and celebrate our differences? And we are each our own personal identity -- identifying as a human."

These concepts are furthered in Princess's latest project, "Out There," which they will perform during the closing celebration of "The Future Is Female" exhibition at 21c Museum Hotel in Bentonville. The piece began as an album but evolved into something more when the pair took a step back to examine their work. Being developed against -- with no initial intention to reflect -- the backdrop of the Women's March in Washington, D.C., which both artists attended, and the growing momentum of the #MeToo movement, Gideon and O'Neill realized about three-quarters of the way through the project there was a subconscious narrative appearing in their work.

"So we used the last quarter of music that hadn't been written yet to really develop a narrative where Princess -- this fictitious version of the two of us in the future -- kind of foolishly set off to solve the problem of misogyny on planet Earth," Gideon shares. "So you see their trials and tribulations and all their missteps as they are trying to do their best, but are blinded by their own toxic masculinity."

The sci-fi feminist rock opera "Out There" blends video, live staging, visual art and the performance art/pop psychedelia that is Princess' sound.

"For me, with all the art I make, I really try to create a space that is directed enough that it's about specific issues," Gideon offers. "And this piece, in particular, is about masculinity and the male role in this moment of toxic masculinity and the male role in feminism, and opening up dialogue on that. But it also is loose enough and has a dream-like feeling enough to create a space where the audience members also bring in all their own connotations and all their own experiences.

"The piece is very humorous and very colorful, and the music is transportive," he goes on. "So, while dealing with very serious issues, it's not a kind of academic and serious experience. We hope that the audience member feels transported, feels challenged and feels like they want to start talking about some of these things."