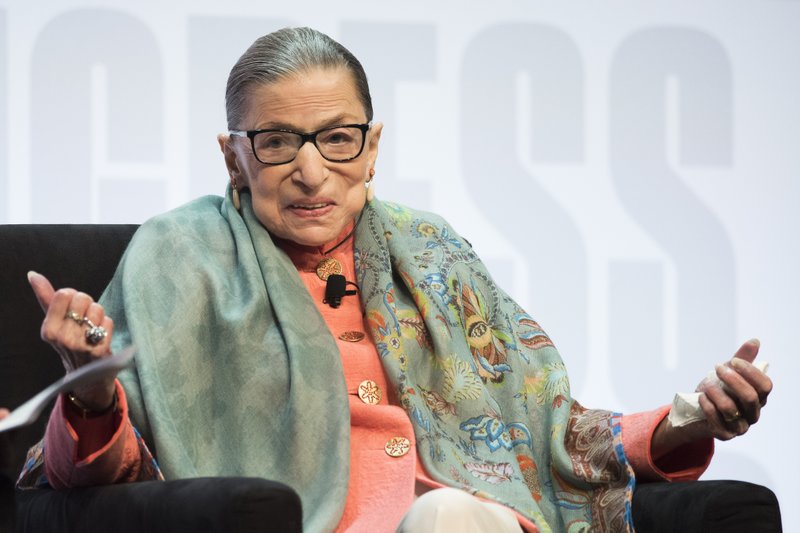 WASHINGTON -- At the National Book Festival on Saturday, visitors got a brief introduction to the literature of Arkansas.

Throughout the day, thousands of guests poured through the Parade of States, many of them stopping by the Natural State display to learn about its prominent books and authors.

Those who collected stamps from all of the states, plus five other entities, were eligible to receive prizes, organizers said.

"This is a great opportunity for Arkansas to share," said Arkansas State Library Board member Donna McDonald as she gave out green Arkansas-shaped stickers, white Life Savers candies and literature of various shapes and sizes.

The two volunteers also handed out posters featuring what were billed as "Arkansas Gems."

"We're highlighting books, either by Arkansas authors or books that are about Arkansas," O'Connell said.

Twenty books made the cut for 2019. They ranged from Sacred Duty, U.S. Sen. Tom Cotton's book about Arlington National Cemetery, to They Called Us Enemy, by George Takei, Justin Eisenger, Steven Scott and Harmony Becker.

The first book, by a Republican lawmaker from Dardanelle, highlighted American heroism.

The second recounted a darker chapter in U.S. history -- the confinement of Japanese Americans to internment camps during World War II.

Takei, known to Star Trek fans as "Mr. Sulu," was detained at the Rohwer War Relocation Center northeast of McGehee when he was 5 years old.

Arkansas, like other states and territories, received one spot on a list titled: 53 Great Reads About Great Places.

This year's list featured Buried Lives: The Enslaved People of George Washington's Mount Vernon, by Carla Killough McClafferty, an Arkansan who grew up in Tomberlin in Lonoke County, about 36 miles southeast of Little Rock.

The crowds were large and the people were friendly, McDonald said.

"We've actually had someone come by and call the Hogs," the Charleston resident added.

"I wouldn't dare go there," she said. "Arkansas is so full of great authors, it would be difficult to say."

At a neighboring booth, volunteers were quick to spout names of famous Sooner State authors.

Oklahoma City native Ralph Ellison, they noted, was the author of Invisible Man, which secured a spot on Time magazine's list of best-ever English novels.

But the volunteers didn't have time for a leisurely literary discussion.

They had thousands of free Oklahoma-themed books to give away -- and swarms of readers eager to receive a copy.

When it came to freebies, Oklahoma was an outlier. Most of the other states passed out travel guides, state maps, candies and knickknacks.

Elsewhere, festival goers were lining up for lectures and book signings or browsing at the bookstore.

The Jackson, Miss., native spent a lot of his childhood in Little Rock, where his grandfather managed the Marion Hotel.

Before becoming a best-selling Pulitzer Prize-winning author, Ford worked for a time as a substitute teacher at Little Rock Central High School.