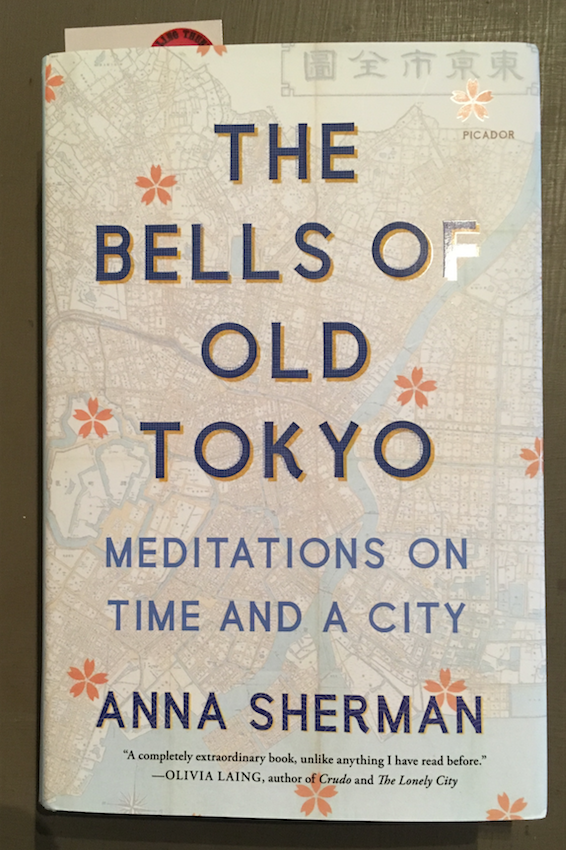 In the days of the shoguns, a Japanese day had 12 hours, each named after an animal in the Chinese zodiac.

The Hour of the Rabbit arrived at dawn; dusk was the hour of the Rooster. In old Tokyo, which was then called Edo, the hours expanded and contracted with the seasons. In summer, the daytime hours were longer, while the nighttime hours were shorter. The opposite was true in winter.

It stayed this way until 1872 when the emperor decreed that Japan would adopt the calendar and timekeeping conventions of the West.

"No longer did clocks adapt to the seasons, the weather, and the tides," Anna Sherman writes in The Bells of Tokyo: Meditations on Time and a City (Picador, $28). "The moon had no connection with the beginning of the month anymore. New Year's Day fell in mid-winter, not at the beginning of spring. Nothing is the way it should be. Time was torn away from nature."

Temple bells would no longer sound the hours. Instead, a cannon on the palace grounds would be fired at noon.

"There were riots over the changes, riots which the government quickly put down," Sherman writes.

On the cover of Sherman's book is a blurb that advertises it as "a completely extraordinary book, unlike anything I have read before." We all should be skeptical of such notices; the more lavish the praise, the more completely I discount it. But I tried to think of a book like The Bells of Old Tokyo, and am at a loss. I thought of Nancy Lemann's The Ritz on the Bayou, an impressionistic tour of New Orleans and the characters who gathered there for the 1985 trial of Edwin Edwards. But it's been 32 years since I read that and commingled with my memories of the book are memories of the trial and the people (some of whom were friends) Lemann sketched in it. I don't know that I'd find it as charming today.

By contrast, what I know of Tokyo I know from Ozu films, Murakami novels and now Sherman's book, which employs the travelogue form as a structure for short, poignant digressions on the nature of time, architecture and coffee as she wanders through old neighborhoods once defined by those long-silenced bells of time. It's a captivating work of memoir, history and cultural criticism.

It was on my "must-get-to" pile before Matilda Buchanan recommended it to me. But I did not realize until she told me that Sherman is a Little Rock native, whose parents live in Hillcrest. 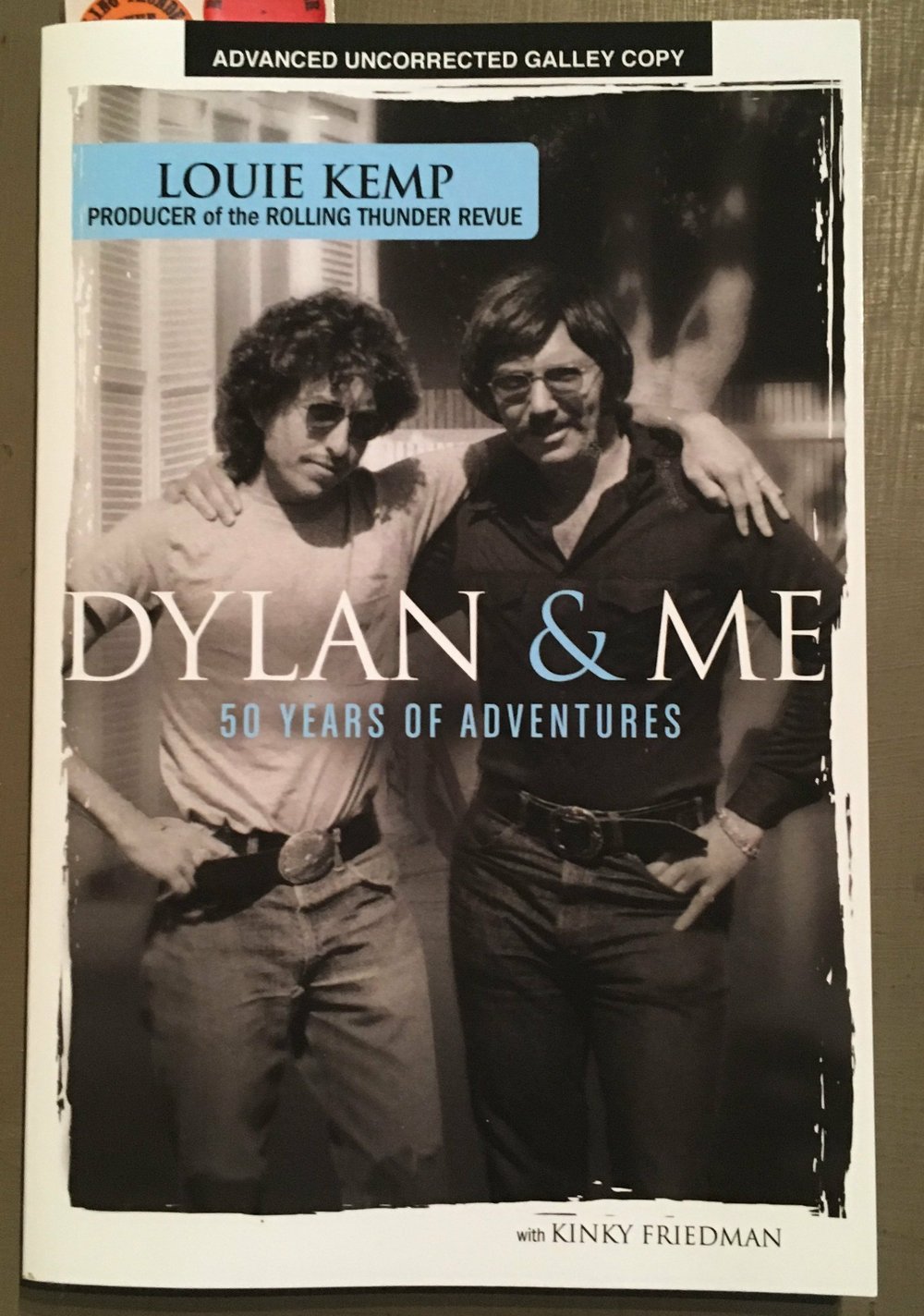 And there's nothing in Kemp's Dylan & Me: 50 Years of Adventures (WestRose Press, $29.95) that seems likely to change that (though Kemp hinted to Rolling Stone that his relationship with the kid who grew up to be Bob Dylan might have cooled over the past decade, which may be why the title doesn't claim the maximum tenure).

Kemp went on to make his own fortune. He turned his father's Minnesota-based seafood operation in one of the country's largest, became the hard-nosed producer of the Rolling Thunder Revue (which Martin Scorsese's meta-documentary for Netflix addressed early this year) and collected his best stories in this book.

Which will be of limited interest to people who care nothing about Dylan and deeply interesting to a considerable number of Dylan obsessives. Kemp emerges as a bit of a tough guy, protective of his artistic friend, and he writes clear and sometimes funny prose.

When The Memory Police, a new novel by Yoko Ogawa (Pantheon,$25.95, translated from Japanese by Stephen Snyder), showed up recently, I couldn't pry it out of the hands of my wife Karen. She had read and admired Ogawa's 2003 work of psychological fiction, The Housekeeper and the Professor and figured she might get the same sort of visceral kick from this book. She was not disappointed.

"I'm not wild about dystopian tales -- except for Margaret Atwood's 2013 novel MaddAddam -- but I couldn't put The Memory Police down," she says. "It has a creepy yet entrancing quality, like the fascination and horror some of us feel when examining a particularly repulsive insect.

"Like much of The Housekeeper and the Professor, this work focuses on the importance of experience and memory within an individual and a culture. This time, it's not just the professor who's afflicted; it's the entire population of a nameless island controlled by an authoritarian regime that is capable of tearing away memories (and more) from its population.

"There are some who, for unknown reasons, aren't affected by the government's machinations, and they are the targets of the brutal memory police. Ogawa focuses, in exquisite detail, on how a young writer who passively lost her mother to agents of the state decides to fight to try to save her editor, who can still recall many things that are lost to everyone else.

"It's unsettling, thought-provoking, quietly emotional, beautifully written and unnerving in its quiet celebration of the human spirit."