VIDEO: Multiple raccoons take over the library at Arkansas State 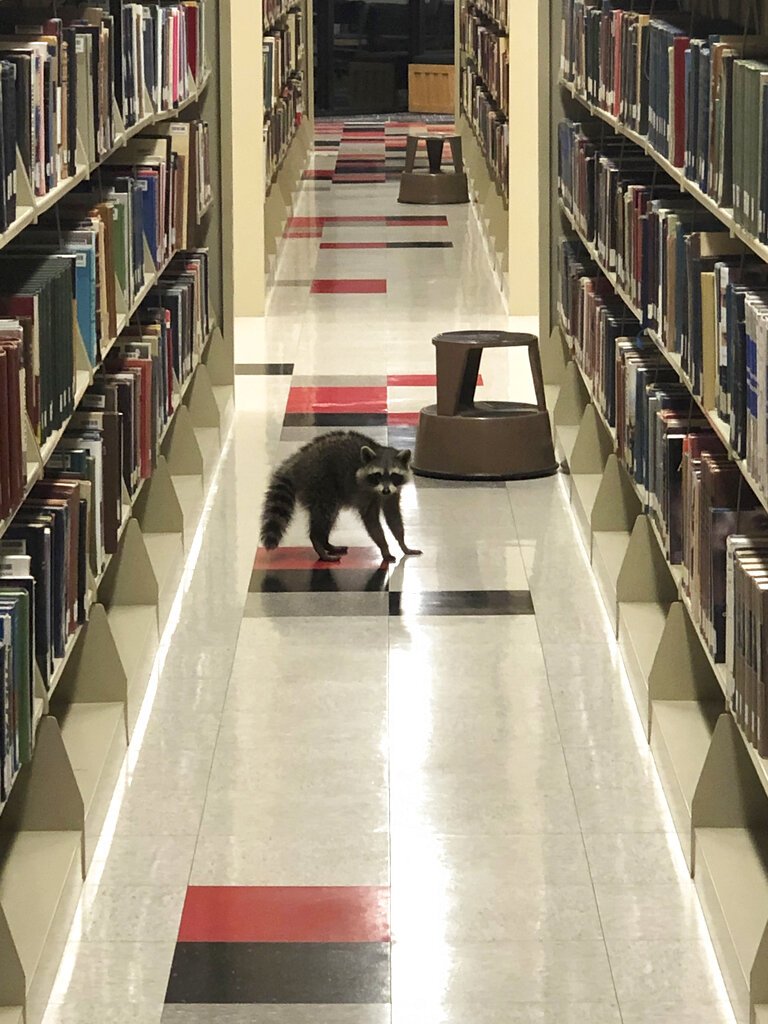 In this Sunday, Oct. 27, 2019 photo provided by Codie Clark, a raccoon walks between stacks of books at the Arkansas State University's Dean B. Ellis Library in Jonesboro, Ark. Clark, a math tutor and ASU alumnus, said he spotted at least two raccoons on the the third floor of the library while waiting for a student to arrive for a tutoring session. (Codie Clark via AP)

JONESBORO, Ark. -- An Arkansas State University alumnus says he was surprised to spot a few curious critters running around the campus library.

Codie Clark, a math tutor, says he spotted at least two raccoons Sunday on the third floor of the university's Dean B. Ellis Library while waiting for a student to arrive for a tutoring session. Clark says other students then cornered one raccoon.

Associate Vice Chancellor for Marketing and Communications Bill Smith told KAIT-TV that the school's facility management personnel humanely trapped the animals after being notified by library staff. Clark says an animal rescuer released the racoons back into the wild that night.

Smith also noted the racoons likely came to campus because of the recent rain. Smith encouraged anyone who encounters wild animals to contact the Facilities Management Department.