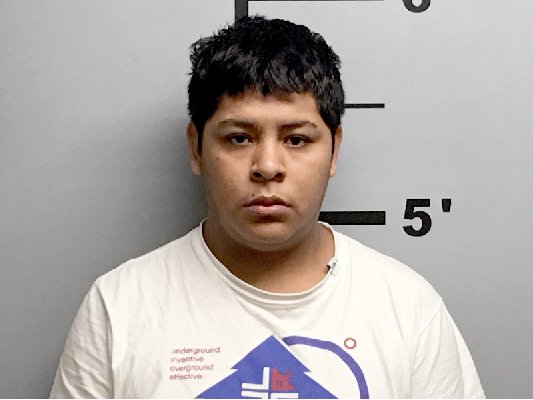 Fernando Ortiz arrested in connection with maslaughter, aggravated assualt and theft by receiving.

A man playing with a gun shot and killed a 19-year-old man in Springdale on Friday, police said.

Springdale Police Department officers responded to a report of a shooting at about 1:43 p.m. at 3645 Eagle Crest Circle, said Lt. Jeff Taylor, department spokesman, in a news release.

Officers discovered Pedro Pena with a gunshot wound to his neck, Taylor said. Pena was taken to Northwest Medical Center-Springdale where he was pronounced dead.

Fernando Ortiz, 18, was at the residence when officers arrived, Taylor said.

Officers were told there were three other men who were at the residence at the time of the shooting who had left prior to the officers' arrival, he said.

Ortiz voluntarily came to the police department to be interviewed, Taylor said, and detectives were able to locate and interview the three men who had left the residence.

Detectives searched the home and located the weapon used in the shooting, Taylor said. The weapon had been reported stolen out of Springdale in June.

Officers determined through the course of the investigation that Ortiz had been playing with the gun when he pulled the trigger, fatally shooting Pena in the neck, Taylor said.

Ortiz was arrested in connection with manslaughter, aggravated assault and theft by receiving, he said.

The investigation into the shooting is ongoing, Taylor said.