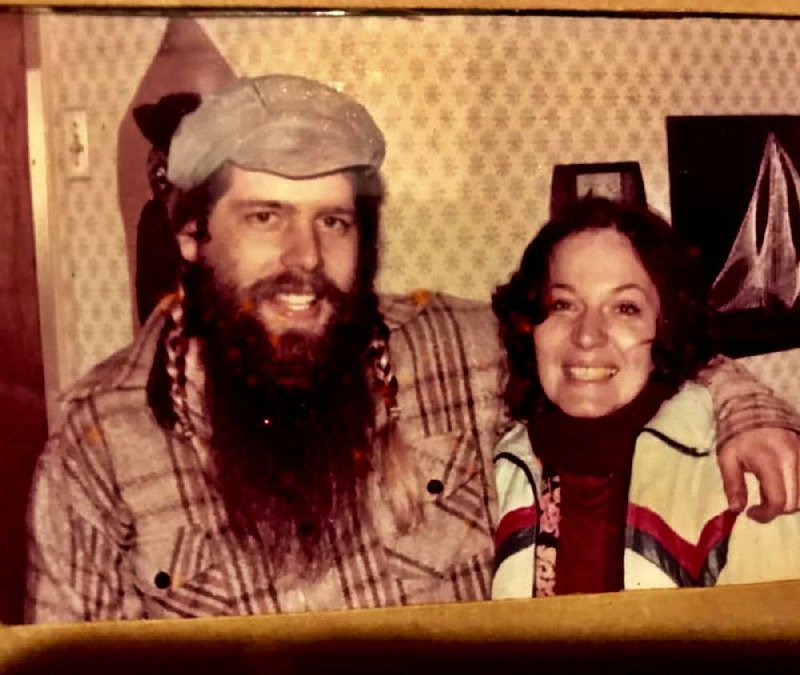 David Mills and Hannah Dampier were married on July 10, 1983. They own Hot Springy Dingy, a costume shop in Hot Springs. “Maybe the reason we stay together is that we’re always having fun,” David says. “And every day is Valentine’s Day.”

A borrowed cup of sugar in 1982 led to a sweet love story for Hannah Dampier and David Mills that has lasted 37 years.

Hannah, a self-professed chocoholic, wanted to make a cake to share with her roommates in Hot Springs, but she realized she was short on ingredients.

He says: “It was love at first sight.”

She says: “I loved what I saw — but I was afraid to commit to anything right off the bat.”

He says: “The sun was shining, there were butterflies and there were lots of flowers.”

She says: “My clothes had disappeared so when we left for our honeymoon in a boat I was still wearing my wedding dress.”

He says: “There is no such thing as a 50/50 relationship. Both parties must give 100% for a successful marriage.”

She says: “Don’t try to change who your spouse is. Like who they are before you say ‘I do.’”

"We just decided we wanted to have dessert that night with dinner, and so I said 'well, we're going to need to get some sugar.' So I went next-door to see if my friend had any," Hannah says.

Hannah knocked and was invited inside. Her friend and neighbor had several guests that evening, and a rousing game involving bottle caps was happening inside. Someone invited Hannah to play, and she thought it looked like fun. So she gave it a try.

"You know, they would put the bottle caps between their fingers and sort of snap their fingers to flick the bottle caps across the room to a designated space to create a score, and whoever came the closest X number of times won. They said, 'Hey, come join us. Come join the game. See if you can do this,'" Hannah says. "I had never played it, but I said 'OK.' I think they let me win, but I did win."

David was there to hang out with Hannah's friend's husband.

"It was hard not to know he was interested," says Hannah of meeting David that night.

"On my side, it was love at first sight," David readily admits.

They talked for a while before she left, and he called her after that. He made pottery, he told her, and he invited her over to see his creations.

"I was a vegetarian at the time. He didn't know that. But he made this big wonderful steak dinner with baked potatoes -- and I mean, it was an elaborate, wonderful dinner, with candlelight and the whole nine yards," she says. "So I ate steak. I haven't been a vegetarian since."

Hannah was amazed by how clean David's house was, not at all what she expected of a bachelor pad, and after dinner, she offered to do the dishes.

"He said, 'No, you don't have to do that.' I said, 'Sure I do,'" she says. "I opened the cabinet door under the sink to get out the dishwashing detergent because I figured that's where it was. And that cabinet was piled high with dirty dishes."

Hannah quickly closed the cabinet and had a good laugh.

Both love the outdoors and hiked and picnicked together often over the next year and a half or so. They felt early on that they were meant to be together but Hannah was skittish about the formality of marriage, and they had many long conversations before deciding to exchange vows.

They were married on July 10, 1983, at Crystal Springs Recreation Area on Lake Ouachita. Hannah wore a wedding dress, her hair adorned with flowers, and David wore a suit. Their guests arrived dressed for an outdoor picnic, hiking and swimming. Their musician friends brought their instruments for an impromptu jam session.

After the ceremony, David and Hannah -- still in her wedding dress because the clothes she had intended to change into mysteriously disappeared -- climbed into his 14-foot flat-bottomed boat and motored to a little island for a rustic honeymoon.

Hannah and David have one son, David Christopher Mills, who just completed a degree in conflict resolution management from Queen's University in Belfast, Ireland, and is in the midst of hiking the 700-mile El Camino de Santiago trail from Scotland through Spain.

"We like to travel, too," Hannah says. "Our goal is to someday really spend six months out of every year traveling and seeing the world."

For now, though, they are happy spending their days side by side. They enjoy each other's company, and they enjoy reminiscing about the early days of their relationship.

"Everything David did and everything David said was so loving and so wrapped around me, and still is to this day, that there was no way I could not fall in love," Hannah says.

Hannah has owned Hot Springy Dingy, a costume shop, since she moved to Hot Springs from Boston in 1978 in search of warmer weather.

"All of our costumes -- and we have thousands and thousands of them -- are made right here," Hannah says.

She and David work together in the store, where he also makes and sells Millbilly Pottery.

"He rubs my feet at night. He brings me wildflowers, he cooks, he does dishes, he works with me here at the shop -- and he truly is my finder of all things," she says. "Whenever I need something he knows just where to find it."

She's glad she found him when she went looking for that cup of sugar.

"The nice thing is David and I have been together for over 36 years. We work together, we play together, we live together, we're together 24 hours a day, seven days a week, 365 days a year," she says. "And not only do we love each other, we still like each other." 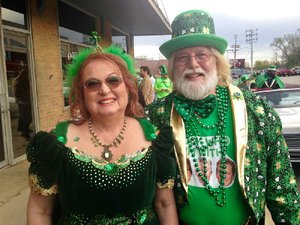 Photo by Special to the Democrat-Gazette
Hannah and David Mills met when she went to a neighbor’s house to borrow a cup of sugar. “The nice thing is David and I have been together for over 36 years. We work together, we play together, we live together, we’re together 24 hours a day, seven days a week, 365 days a year,” she says. “And not only do we love each other, we still like each other.”