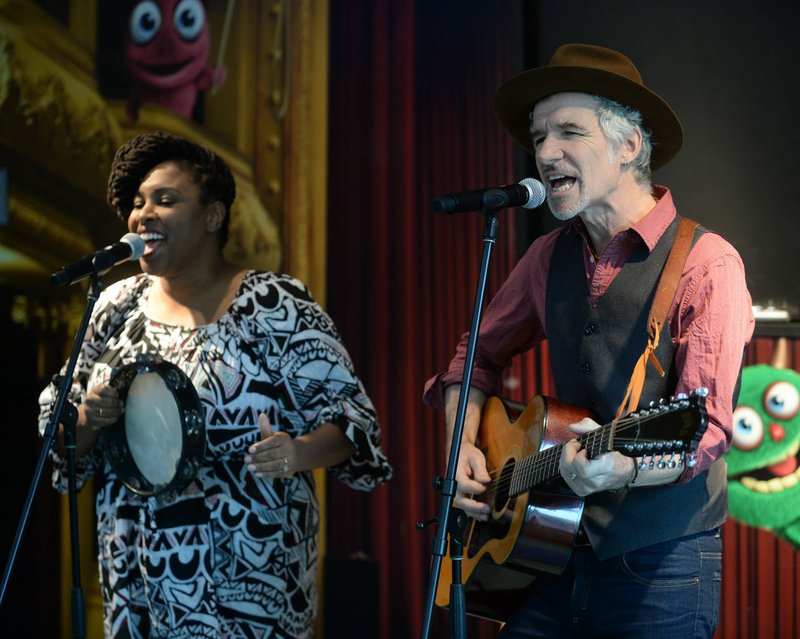 FAYETTEVILLE -- A panel discussion at the Fayetteville Public Library on Saturday helped writers understand the ins and outs of getting a book published.

The Getting Your Book on the Shelf panel discussion was part of the library's weeklong True Lit festival, which ends today.

This is the seventh year of the festival that celebrates readers, writers and the power of story, said Willow Fitzgibbon, library services director.

The panel was one of several discussions, workshops and school presentations offered throughout the festival, Fitzgibbon said.

Panelists included an agent, a writer and publishing house editors who spoke with participants on topics such as the time it takes to get a book published, self-publishing, creating a social media presence and how to get a manuscript read by a publishing house.

"This element of the festival is really to support our writers in the area and provide them opportunities to learn more about how to get their stories out to a wider community," Fitzgibbon said. "Without helping get their stories and their writing out there, there wouldn't be anything to read."

There were more than 45,000 writers and authors working in the United States in 2018, according to Statista, a provider of market and consumer data.

The chances of getting a book published amid such a large pool of contributors is impossible to predict, said Ally Robertson, suspense editor of New York-based The Wild Rose Press.

"If you don't write well, the odds are zero," she said. "If you write great, that depends."

Factors such as whether a writer has an agent, if a writer can work well with an agent and if an agent has the connections necessary to get a book published are just some of the elements that could impact getting a work noticed.

About four to eight manuscripts are selected for publication from those submissions, he said.

Robertson encouraged participants to keep writing, regardless of the reception their work receives.

Stephanie Howell, 21, of Fayetteville is a graphic novelist who attended almost all of the True Lit panels and discussions.

"Learning how to evolve that into a full-fledged story has been a huge learning curve and super interesting," she said.

True Lit's focus on getting a book published has helped her understand her next steps, to include potentially pitching her work later that day to some of the panelists, Howell said.

The face-to-face opportunities to talk to agents, editors and other writers was invaluable, she said.

"I was able to ask them a direct question and have it directly answered," Howell said.

Graphic novels are currently in high demand for publishers, but Essie White, owner and partner of Minneapolis-based Storm Literary Agency, said there's no telling what publishers may respond to for publication.

"It's so random and so arbitrary," White said.

Circumstances such as the time of year, the number of submissions a publisher has received, the topic and the market's need for a particular genre may all contribute to how long it takes a publisher to respond to a work, if they ever do, she said.

"We never know what's happening behind the scenes," White said.

Nancy Hartney, writer and panel moderator, encouraged participants to not be discouraged by the popularity of their genre at any given time.

"Don't try to follow the popular market. Write what you write best." she said. "The market will eventually catch up with you if you're good."