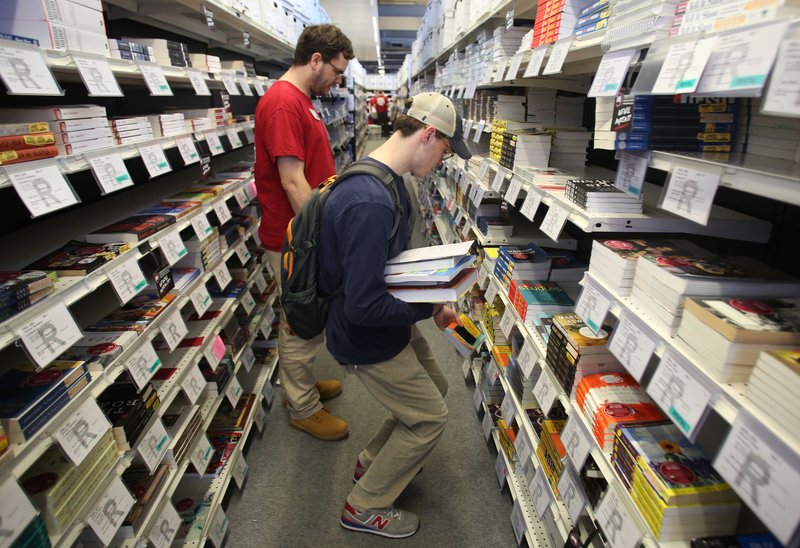 FAYETTEVILLE -- Two companies will present their plans for operating the University of Arkansas Bookstore, the university announced Friday.

But the possibility of having outsiders manage what is now a part of the university -- staffed with UA employees -- has a local union voicing its opposition.

UA earlier this year began seeking bids to manage the bookstore, which, according to bid documents, has 15 full-time employees.

The Arkansas Public Employees Union "opposes the privatization of services, including the bookstore" because privatization "comes at the detriment of workers," according to a statement issued Friday by the group, which represents some UA workers.

The group, formerly the American Federation of State, County and Municipal Employees Local 965, last year had about 40 members, union leaders said at the time.

"Such benefits as tuition waivers cannot be replicated by private employers and it is unlikely the university's strong retirement plan will be matched by an entity whose mission is profit rather than education," reads a portion of the union's statement.

The store, however, also paid more than $1 million for the year in annual debt service payments related to construction of the Garland Center, where the bookstore is located. Mark Rushing, a spokesman, has said that university leaders "expect that the bookstore's income will be greater than the total operating expenses, including the debt service payments for the construction of the facility, in the near future."