FILM REVIEW: 'The Current War' a dim look at what should have been epic storytelling 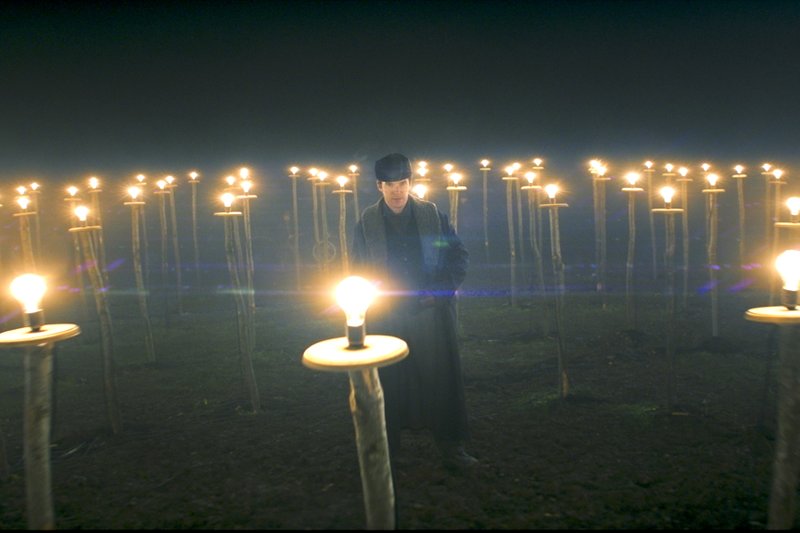 Benedict Cumberbatch stars as Thomas Edison in The Current War: The Director’s Cut, a film about the battle between Edison and George Westinghouse over whose electrical system would power the new century.

In 2017, The Current War, a film about the late 19th-century struggle to decide how electricity would be delivered to consumers, screened at the Toronto International Film Festival. It was a prestige drama, directed by Alfonso Gomez-Rejon (Me and Earl and the Dying Girl) that included in its upscale cast Benedict Cumberbatch, Michael Shannon, Katherine Waterston and Nicholas Hoult.

Unfortunately, the film was met with tepid reviews, and Gomez-Rejon complained that the head of the company that owned the movie had pressured him to rush it to market. He agreed that the movie was a mess and laid the blame for that at the feet of Harvey Weinstein, the head of the Weinstein Company, which owned the movie and which was in the process of falling apart in the wake of sexual assault allegations against Harvey.

The Current War: The Director’s Cut

Rating: PG-13, for some disturbing/violent images, and thematic elements

The Current War drifted into distribution limbo, waiting for a new distributor. On the plus side, Gomez-Rejon had plenty of time to work out the kinks. Now the film is finally opening, as The Current War: The Director's Cut.

While the story about the debate between advocates of alternating current and direct current is an inherently interesting one, the film is about the battle over a more precious commodity -- the future.

Thomas Edison (played by a typically obsessive Benedict Cumberbatch) was the direct current advocate, continually maligning the alternating current technology favored by his industrial rival George Westinghouse (Michael Shannon). Though the advantages of alternating current -- where electricity travels down a line in pulses sent several times a second -- were real, Edison argued AC was more dangerous than DC.

But the problem with DC was that you really couldn't economically send electricity much farther than about a mile. So you would need stations -- in practice, coal-fired plants -- sending power out concentrically every few miles.

Nonetheless, Edison used his considerable gifts as a salesman to slander Westinghouse's system. Because the commercial uses for electricity were just starting to become apparent during the 19th century, it was hard for reporters to fact-check what are now obviously dubious assertions. At the time, it wasn't clear Westinghouse's better mousetrap would win out.

Because Edison and Westinghouse's achievements are now commonplace, The Current War might have been more involving if it did a better job of making the present seem less inevitable. (That could be more difficult than it sounds. After all, I currently work for a company that Westinghouse founded, and it has recently merged with one Edison forged.)

Gomez-Rejon devises an opulent, dazzling re-creation of the world that existed before electrical light was the norm. The towering buildings and richly detailed interiors are better thought out than some of the characters in Michael Mitnick's script.

It's impossible to tell the story of the conflicting currents without bringing up Serbian-born inventor Nikola Tesla (Nicholas Hoult), but Mitnick awkwardly shoehorns him into the film. Tesla had tried to work for Edison, and his patents made Westinghouse's grand plans work. Despite his crucial role in history, Tesla barely registers here.

(Having an angry backer declare that nothing else will be named after Tesla, only led to awkward groans in my auditorium.)

Mitnick and Gomez-Rejon flirt with material that could have made The Current War seem more like a movie than a lecture. Had the film examined Edison's relationship with his wife, children and co-workers more fully, the movie wouldn't have crawled from set piece to set piece. Major characters meet sad ends, but their journey into the hereafter doesn't have the emotional impact it should.

It is refreshing to see Shannon playing a more likable character for a change. His Westinghouse is a more agreeable boss and a more levelheaded thinker. Sadly, about all we learn about his wife is that she loves him. It's a comforting thought, but it doesn't do much for the story. It also puts Waterston's talents to poor use.

Graham Moore, who won an Oscar for writing The Imitation Game, in which Cumberbatch played Alan Turing, has written a suitably tense novel about the Edison-Westinghouse feud called The Last Days of Night. Moore has a knack for juggling human and technological details that might have helped this production.

As it stands, The Current War ably captures how a 19th-century dispute led to how we use electricity today. The story of the people who made that possible has yet to be told properly onscreen. 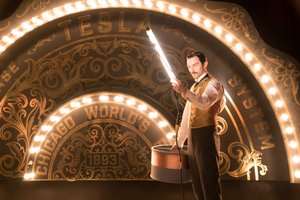 Photo by Special to the Democrat-Gazette
Nicholas Hoult stars as Serbian-born Nikola Tesla in The Current War.

Print Headline: FILM REVIEW: 'The Current War' a dim look at what should have been epic storytelling