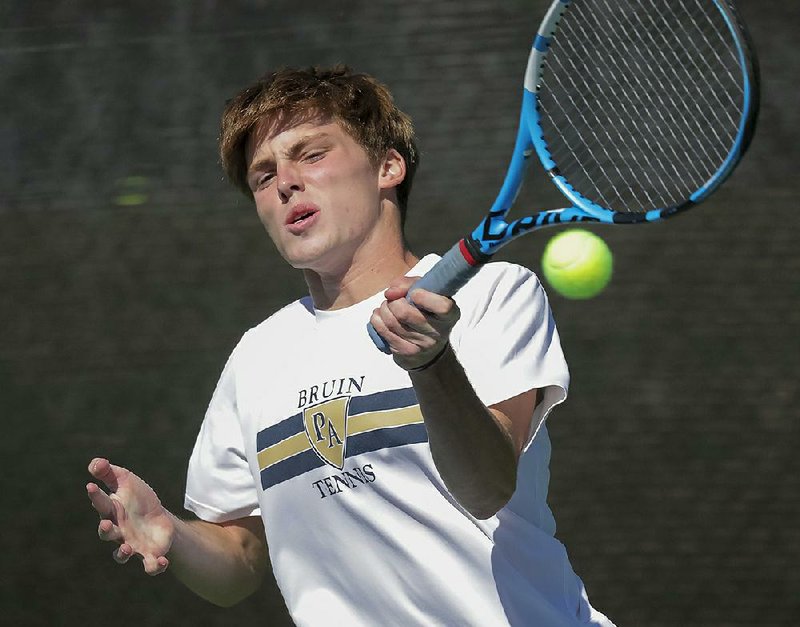 "He makes you play his way," Shoemake said, "and it's very frustrating."

Shoemake played strong early in each set, holding his serve to lead 2-1 in the first set and was tied 2-2 when he attempted an overhead slam after an extended rally with a chance to take the lead.

Shoemake's shot went long as he groaned "No!" Rogers won the next three games to take the set.

"I was holding serve until then," Shoemake said. "After I lost serve, I knew it was going to be hard to break him. He was serving well the whole time."

Rogers said Shoemake's missed slam was a swing in momentum.

"He was playing real tight with me," Rogers said. "It was tight the whole point, but that was a key point, and it kinda got me on a roll."

Rogers, the Class 4A singles champion, defeated Keeton Dassinger of Episcopal Collegiate 6-0, 6-2 in the other semifinal match.

Shoemake said he felt OK physically after the Davis match, but it did have an impact.

"Mentally, it did," Shoemake said.

Rogers swept through four rounds at the state tournament, and two in the Overall while losing a total of three games before his matchup with Shoemake. He said it allowed him to stay fresh both mentally and physically and play the kind of all-around game he has been coached to play by Travis Johnson at Chenal Country Club.

Rogers was so keen Tuesday that he sensed Shoemake's frustration on several occasions, and he said he knew that was when he had to kick into another gear.

"You've got to step on the gas," Rogers said. "You've got to go full throttle at that point. Not to criticize him or anything, but it gives you all the more motivation to put it away."

"He doesn't make mistakes, and he plays a weird game," Shoemake said. "He hits short, it slices, he's got good passing shots."

Even when Shoemake rallied from 2-0 down to tie it 2-2 in the second set, his momentum was stopped when Rogers broke Shoemake's serve with a wicked back-handed winner just inside the line.

Shoemake threw his hands in the air and shook his head in disbelief. 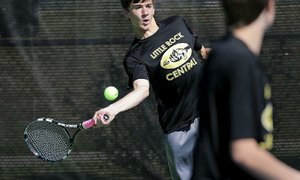 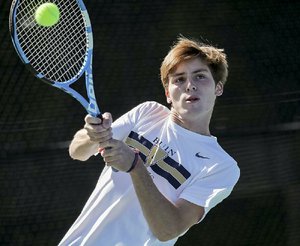