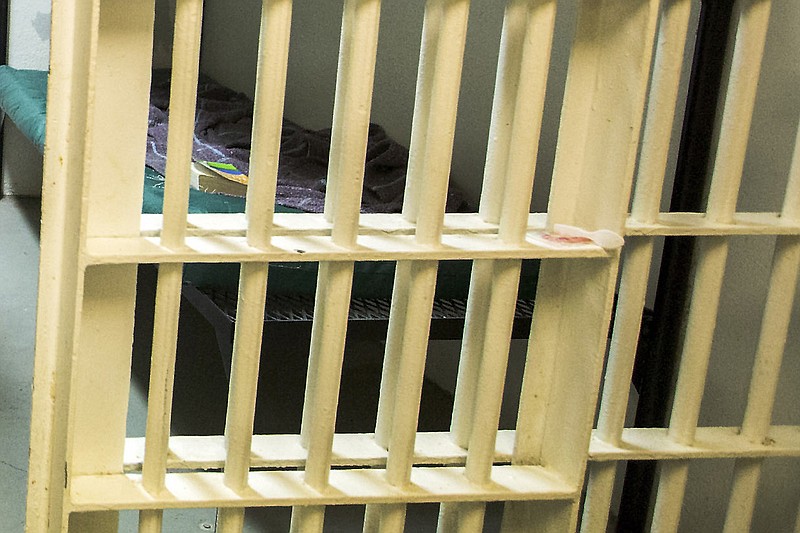 GREENWOOD — The most significant budget issue facing Sebastian County government is the operation of the criminal justice system and jail, according to County Judge David Hudson.

County Sheriff Hobe Runion said Friday that he believes growth in the jail budget over the years is common among communities across the country, though the reasons for it are often different. One reason for the county’s increase, from Runion’s perspective, is that the jail was not properly staffed when it opened in 1994, meaning it did not have enough people to run it.

“The facility was opened without a tax, and I think that it was great that it was able to do that,” Runion said. “However, we’re seeing that, in some ways, that hurt us because they were not able to staff it properly.”

Speaking as someone who was working for a different agency when the jail opened, Runion said if the county had had the proper staffing for the lockup, there is a “good chance” that it would not have had to address as many issues when it was under the supervision of the U.S. Department of Justice.

Hudson said the jail was under review by the department for 12 consecutive years, from 2005-17.

The first of two books outlining the proposed 2020 county budget provided by Hudson goes into detail about issues related to the jail. It states that the county increased the staffing at the jail by 27 deputy positions from 2007-14, with 11 added in 2014 alone. The 2017 annual cost of each of those positions was listed at $48,007, which translates to an annual budget increase of $1,296,189 for all 27.

Hudson said other costs came from additional expenses as a result of those negotiations. Runion also mentioned increased costs in maintenance, utilities and food service at the jail, which was expanded in 2007.

The jail has been operating over its capacity since 2013, the budget book states. Holding prisoners for the state also affects the ability of the jail to detain misdemeanor and felon pretrial detainees pending adjudication. Compounding matters is that the state’s reimbursement rate for holding state prisoners is $30 per person a day, while the actual cost in 2019 is $54 per day. Hudson said the county is using 30% to 35% of the bed space at the jail to hold state-related prisoner.

With the difference in cost and reimbursement, Justice of the Peace and 2020 Budget Committee chairman Shawn Looper said Friday that the state is forcing the county into a position where it has less and less revenue. It has gotten to the point where some people, although not Looper himself, are saying the county should ask for a sales tax to fund the jail.

“So in that particular case, we would be asking for a sales tax to subsidize the state government because every prisoner that we have in there, we’re losing $24 a day for those prisoners,” Looper said.

During its March 19 meeting, the Quorum Court passed a resolution asking area legislators, Gov. Asa Hutchinson, and the administrative leaders of the Corrections and Community Corrections departments for state action regarding equitable reimbursement for county jails that hold state prisoners and state parolees.

It also asked for a study of the Arkansas prison and parolee system, and its impact on county jail populations and jail crowding, according to the minutes from that meeting.

The budget book states that the resolution received positive responses from Hutchinson and the county’s legislative delegation this year.

According to the book, the county has lowered its projected 2020 revenue by $210,000 from the Corrections Department for holding state inmates. That means the jail will hold 20 fewer state inmates. Meanwhile, it increased the projected revenue from the U.S. Marshals Service by $200,000, based on the $62-a-day reimbursement rate to hold inmates from that agency.

Looper said detaining a U.S. Marshals Service inmate at that higher rate is a positive for the county.

Other steps that have been taken to address matters at the jail, the book states, include establishment of the county Criminal Justice Coordinating Committee in 2017. That is a step toward assessing the criminal justice system operations, and how policies and procedures affect detainees and how long they stay incarcerated. The Sebastian County Crisis Stabilization Unit, which opened in March 2018, holds people who have mental illnesses and keeps them from being held in the jail.

One measure that is ongoing is a criminal justice system evaluation and jail needs assessment that the county entered into with TreanorHL, Studio 6 Architects, and Mark Goldman and Associates in February. This, according to the book, is expected to help guide county policy and budgetary decision-making.

Hudson said he asked the consultants for a proposal to increase the scope of the study to include the county juvenile lockup, as well as the juvenile jail classroom that was remodeled in the Butler-Cook annex building across the street from the facility. That proposal will be presented for the Quorum Court to discuss during its meeting scheduled for Nov. 19.

Runion said he thinks the proposal is a good idea because the adult and juvenile lockups are in the same building and under the sheriff’s office supervision. They share food facilities and medical care, and many of the employees on the juvenile side have worked on the adult side at some point.

“We need to find out if there’s other things we could do to make that more efficient,” Runion said. “And they don’t have the growth on that side percentage-wise as the adult side. That is absolutely true. They do not. However, that doesn’t mean it won’t be in the future.”

The budget book states that it has become apparent during the preparation of long-term facility and operational plans that the juvenile lockup and the operation of the juvenile justice system need to be included in the program evaluation to get a comprehensive report.