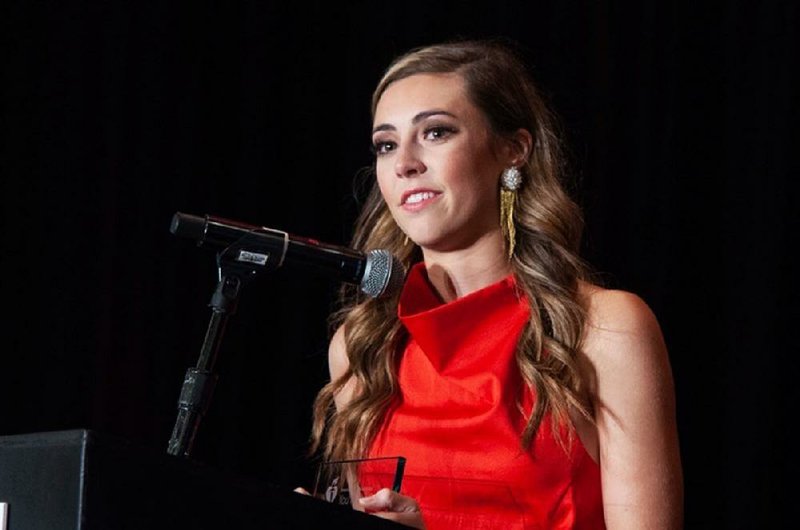 The lawmaker from Jonesboro, who serves on the House Intelligence Committee, said Wednesday he’s tracking the testimony that his committee is collecting, but he’s not watching most of it live and in person.

“We have so many other things going on in the world that I need to be apprised of and to be working on. I don’t have time to fool around with this sham impeachment nonsense, so I’m going about my business. … Not to be trite here, but we’ve got bigger fish to fry,” Crawford said.

“I think he’s weaponized the Intelligence Committee, and it’s really a shame that he has taken this turn,” the Arkansas congressman added.

The Little Rock resident was the sole recipient of the honor, which is given once every two years to an outstanding young activist.

In an interview, Davis stressed the threat posed by heart disease.

“It’s affected so many people in so many different families because it is the number one killer of American men and women,” she said.

Davis, 18, is the daughter of Mark and Tammie Davis. She became an American Heart Association activist at a time when her g rand-father, Gary Davis, was battling heart disease.

She shared his story and some photos as a guest blogger on the American Heart Association’s “You’re the Cure Blog.” https://www.yourethecure.org/from_my_heart_pap_will_always_be_ holding_my_hand

She also testified at the Arkansas Capitol, urging lawmakers to outlaw tobacco sales to those under 21 years old. Lawmakers embraced the idea, passing a law that took effect Sept. 1.

Cigarettes contributed to her grandfather’s early death, she said.

Once a three-pack-a-day smoker, he eventually kicked the habit, but by then enormous damage had been done.

When there are fundraisers, Davis live tweets. She’s a talented volunteer recruiter as well, according to Allison Hogue, the American Heart Association’s grassroots manager.

The goal is to get Congress to outlaw flavored tobacco products.

Davis may have inherited her powers of persuasion from her grandfather. Gary Davis once served as national affiliate director for United Cerebral Palsy. His main office was in Washington, D.C.

She enjoys being a health advocate.

“For fourteen years it was my honor to serve with the wonderful Congressman Elijah Cummings,” said former U.S. Rep. Vic Snyder of Little Rock.

Cummings joined Congress in 1996 after winning a special election. Snyder, a fellow Democrat, arrived in 1997 and stayed for 14 years.

The Marylander overcame the odds to succeed, according to Snyder.

“He grew up in poverty and early on was categorized as being a child with low potential. He proved the so-called experts wrong, thrived in his academics, and became a lawyer,” Snyder said.

After Democrats retook the House, Cummings became chairman of the House Oversight and Reform Committee. He also defended Baltimore after President Donald Trump denigrated it.

“Most recently we saw him forcefully speaking truth to power, but throughout his life he always spoke truth to children. He encouraged them to never give up on themselves. He touched many many lives, and we will miss him,” Snyder said.

With the flags on Capitol Hill flying at half staff, U.S. Rep. French Hill, a Republican from Little Rock, also paid tribute.

“Cong ressman Elijah Cummings committed his life to the service of others and the pursuit of justice,” Hill wrote on Facebook. “It was a privilege to know him and to serve with him. My prayers go out to his friends, family, and the people of Baltimore.” 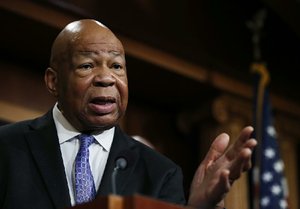