Because of our self-evident interest in thumbs, the online story caught our eye: "Thumb wrestling: The next Olympic sport?"

Yes, it earned a click -- and as with so many online headlines, we were disappointed by the purported "news."

Want to give some brief feedback on news? Someone who deserves a pat on the back? An idea that needs a dose of common sense? Recommend a “Thursday thumb” by calling Greg Harton at (479) 872-5026 or by email at [email protected]

It turns out a couple of dozen adult contestants and a few kids showed up in eastern England for the 11th world thumb wrestling championships, where the eventual winner took home a golden trophy that, of course, was shaped like a hand with an upturned thumb.

No, there was no actual news about it being considered as an Olympic sport. That was just bait for suckers like us to be drawn into this particular TV station's coverage. But the video of contestants engaged in thumb-to-thumb warfare was worth a chuckle. All that was missing was an overdub of the Rolling Stones' "Under My Thumb."

Now, back to our regularly scheduled thumbs: 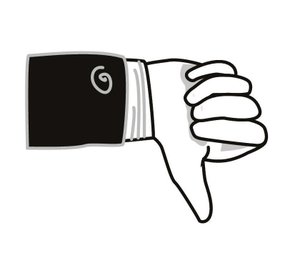 It's unfortunate nobody from Washington County government or from any Washington County cities attended a recent meeting specifically set up to educate leaders about a regional open space plan. The Northwest Arkansas Open Space Coalition is made up of organizations the cities and counties have worked with on different projects or issues over the years. With the region's growth, the preservation of key open spaces is important. Even if one doesn't necessarily agree with the approach or the goals, our leaders ought to care about the issue. Surely one or two public elected officials or staff could take time to learn about the issue. The coalition originally tried to hold a meeting in Washington County first, but got no favorable response from local leaders. Learning about the program doesn't obligate anyone. Heaven forbid anyone should want to learn.

Efforts to fund and build an interstate-quality bypass around Bella Vista and to finish linking Fort Smith to Kansas City with such a highway have been going on for decades. We remember loud voices in the '80s and '90s pressing for money to get the job, including a bypass of Bella Vista, done. Progress, but not completion, came. This week, though, highway officials broke ground for two projects, totalling more than $100 million, to finally link up Interstate 49 in Missouri with Interstate 49 in Arkansas. The many people who have worked toward this end certainly deserved to celebrate.

We and many others continue the message that the Buffalo National River has earned a special place in the hearts and minds of Arkansans, so much so that it deserves protection from harmful activities that would destroy its ecology and beauty. Early this week, some lawmakers declined to recommend approval of Gov. Asa Hutchinson's request to spend $1 million on conservation efforts within the river's watershed. They didn't suggest rejecting it, either, so at least there's that. Responding to what they say are farmers' concerns that protecting the Buffalo River watershed is just a first step of environmental activism that could do harm to the state's agricultural heritage, the lawmakers passed the funding on with no recommendation at all to the larger Legislative Council, which meets Friday. We certainly hope lawmakers on Friday stand up for this grand river and back the governor's effort to work with, not against, agricultural interests to protect their livelihoods at the same time the state protects the national river. Agriculture is vital to Arkansas' past and future. One doesn't have to lose to preserve and protect the other. The governor has taken a worthwhile and needed approach to keeping the Buffalo River clean for generations.

We appreciate that U.S. Census Bureau Director Steven Dillingham came all the way to Springdale to deliver the important message that participation in the U.S. Census is important because a lot of federal funding for local communities is tied to the outcome. He also declared the Census safe and easy, undoubtedly hoping to ensure people who may fear the federal government -- people from a different country, perhaps -- should have no reason to fear. We believe him, as far as his agency goes. But here's a "thumbs down" thought: It doesn't help that a few days later officials at the Arkansas Department of Finance and Administration are weighing how to respond to the Trump administration's request for data from the state's driver's license records. Keep in mind President Trump, rebuffed in his attempt to add a citizenship question to the Census, has said his administration would try to use other data to get the information it wants. So, yes, the Census Bureau's director was undoubtedly earnest in his assurances and people should respond to the Census. But nobody's thinking President Trump is done with his citizenship hunt.