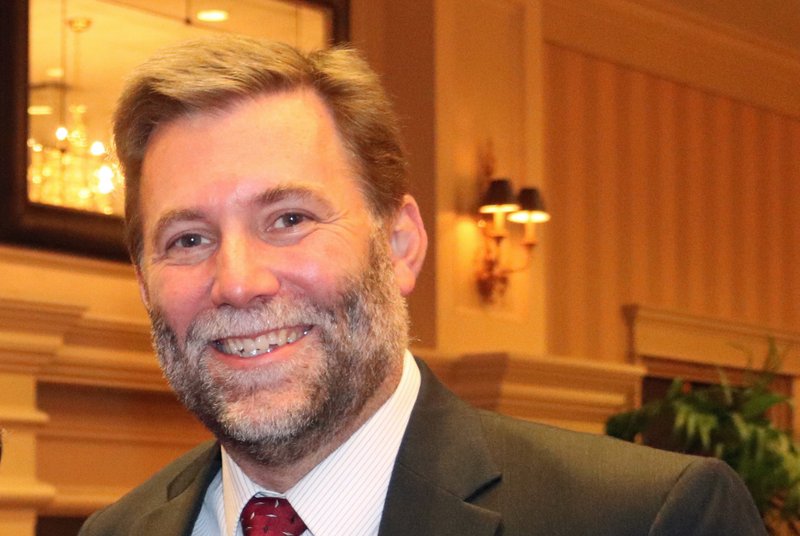 The University of Arkansas at Little Rock on Friday announced that George Lee has been named the school's new athletic director. Lee previously had served as the Trojans' senior associate athletic director and chief financial officer.

The news comes a little more than two months after former athletic director Chasse Conque announced he was departing after a 41/2-year stint for the same position at the University of Texas Rio Grande Valley.

Lee officially takes over Nov. 1, but he is not a permanent replacement. UALR Chancellor Christina Drale, who's been on the job for a month after replacing Andrew Rogerson, said Lee will serve a two-year appointment to help stabilize the athletic department as the university reorganizes.

Drale said it's important right now for the university to have leadership that is familiar with UALR's landscape, and she believes Lee's experience provides that.

George Lee, who admitted he's "more of a behind-the-scenes" person, is now the leader of the athletic department.

One of the biggest issues facing UALR is declining enrollment, and helping tackle that issue is at the top of Lee's to-do list.

"Part of our funding comes directly from the number of student enrollment hours," Lee said, "so when those hours go down because there are fewer students, we get less money."

UALR has experienced a considerable shake-up in leadership over the past couple months. Not long after Conque left his post as athletic director in August, Rogerson resigned as chancellor.

About three weeks later, Rogerson announced he would step down Sept. 1. On Sept. 12, Drale -- who had been the school's provost -- was named chancellor.

"As I started thinking about building this leadership team and the tasks ahead of us, the challenges ahead of us, I really began to realize that we couldn't afford to bring somebody in that couldn't hit the ground running, that would need sort of this extended ramp-up time or this extended learning curve time," Drale said. "We really had to have people that could lead confidently and quickly as we move forward."

But some key UALR benefactors are not totally on board with Friday's announcement.

Kevin Crass -- a longtime UALR season-ticket holder, booster and local attorney who also serves on the university's board of visitors and the Trojan Athletic Council -- expressed displeasure with the decision to appoint Lee as the new athletic director, saying it "came out of the blue" for many connected to the athletic department.

Crass said he was "frustrated" that "there was no opportunity for input from the external supporters." When asked whether other benefactors he knew felt similar about the situation, Crass said, "It's a shared feeling."

"I personally hope this is not a statement of the university leadership that they're not fully committed to supporting Division I athletics at Little Rock," Crass told the Democrat-Gazette.

Drale said canvassing external input was not necessary because a national search wasn't launched. Drale said she spoke with Crass on Friday and that she understands his frustration.

She also said she met with the athletic staff Friday morning and reaffirmed that UALR is committed to competing at the Division I level, within the Sun Belt Conference and investing in the Trojans' athletic teams.

"We're ready to roll up our sleeves and get going," Drale said. "I'm very optimistic and very confident that we will have a great year for athletics."