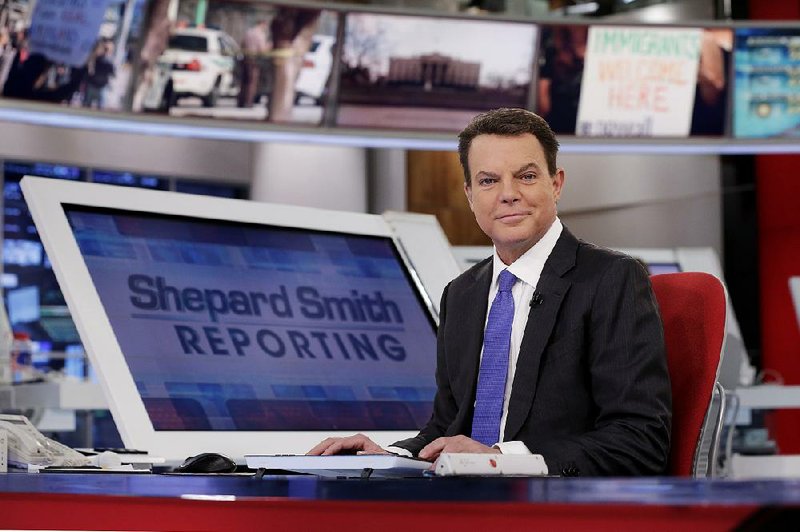 • Shepard Smith, whose newscast on Fox News Channel seemed increasingly an outlier on a network dominated by supporters of President Donald Trump, abruptly quit after working at Fox since it started in 1996. Smith said at the end of his daily newscast Friday that he had asked the network to let him out of his contract and it had agreed. Even in the current polarized environment, Smith said "it's my hope that the facts will win the day, that the facts will always matter and journalism and journalists will thrive." Smith's departure also comes one day after Attorney General William Barr met privately with media mogul Rupert Murdoch, founder of Fox News. President Trump has been increasingly critical of personalities on Fox News that he views as disloyal. On his afternoon newscast, Smith had frequently given tough reports debunking statements made by Trump and his supporters -- even the Fox News opinion hosts that rule the network's prime-time lineup. Two weeks ago, Smith clashed with Tucker Carlson when an analyst on Smith's program, Andrew Napolitano, said that it was a crime for President Trump to solicit aid for his campaign from a foreign government, in this case the Ukraine. Later that night, Carlson asked his own analyst, Joseph diGenova, to comment and he called Napolitano a fool. The next day, Smith said that "attacking our colleague who is here to offer legal assessments, on our air, in our work home, is repugnant."

• CNN host Chris Cuomo apologized for a remark he made at the start of a CNN town hall on LGBT issues that angered some members of the community and their supporters. When U.S. Sen. Kamala Harris, D-Calif., took the stage Thursday at a televised forum held in Los Angeles on LGBT concerns featuring the Democratic presidential candidates, she told Cuomo that her personal pronouns were "she, her and hers." Cuomo jokingly answered "mine, too." He was swiftly criticized for appearing to make fun of the gender identity practice since those are not his pronouns. Cuomo, a well-known face on the TV network, is a cisgender man who has indicated he goes by he, him and his. "People's pronouns are not a punchline," the National Center for Lesbian Rights wrote on Twitter. "In a year where LGBTQ Americans are finally being recognized on the national Presidential stage, making jokes about gender pronouns is beneath your dignity. Please do better in the future." After the town hall, Cuomo tweeted: "PLEASE READ: When Sen. Harris said her pronouns were she her and hers, I said mine too. I should not have. I apologize. I am an ally of the LGBTQ community, and I am sorry because I am committed to helping us achieve equality." 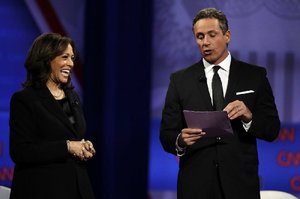