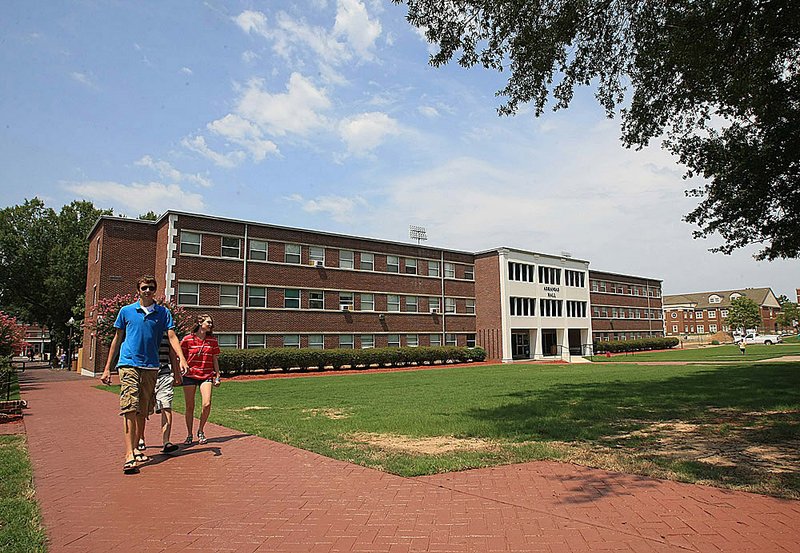 Nearly 200 University of Central Arkansas employees can receive an incentive to retire early as a part of a cost-cutting plan approved by trustees Friday.

The voluntary employee retirement incentive is part of the university's efforts to increase reserves and plan for future enrollment struggles. The university's enrollment has been declining, and leaders want to additionally brace for a pending contraction nationwide in the pool of high school graduates from which schools can recruit.

UCA hasn't offered such an incentive since 1998, UCA President Houston Davis told trustees. He called it a "good opportunity" for employees and for the university's strategic planning.

Faculty senate President Candice Barnes said the faculty senate is not taking a position on the plan but said it is supportive of faculty who want to take advantage of it.

Colleges and universities across Arkansas have offered similar windows of early retirement incentives. They are common when universities are undergoing organizational or resource restructuring or other changes, said Alisha Lewis, spokeswoman for the Arkansas Division of Higher Education.

Not every school has done them. Arkansas Tech University has not done a retirement incentive, as far as current university leadership can recall, spokesman Samuel Strasner said.

Arkansas State University offered an early retirement incentive to employees in early 2018. Employees had to be at least 60 years old and have at least 10 years of continuous experience at ASU to participate.

Those are the same terms approved by UCA trustees Friday morning.

UCA employees who choose to participate will receive 25% of their base salary and, on top of that, 1% of their base salary for each year of continuous service to UCA up to 25 years. Staff and faculty on 12-month contracts would retire effective Dec. 31. Faculty on nine-month contracts would retire at the end of them, May 31, 2020. Funds are deposited into a 403(b) retirement account.

Trustees approved the measure on a voice vote with no vocal opposition.

Trustee Elizabeth Farris -- the only one to comment -- said the incentive was a "win-win" and a "great way to say 'thank you.'"

"I think it's a very positive thing for employees and critical for the university," Farris said.

As a part of budget planning, UCA is also analyzing revenue and expenditures by colleges, among other things.

Davis presented trustees with a chart of "key investment needs" for UCA in the next few years: $1 million for "key initiatives" related to strategic planning; $2.6 million for market salaries and equity adjustments; $1.5 million for refilling positions or establishing new ones; and $2.5 million in additional budget reserves.

"We've got departments that are badly in need of new faculty positions, as they have grown," Davis said.

The university's budget for this year is $199.3 million. That's increased from $177 million five years ago despite enrollment dropping from 11,754 students in fall 2015 to 9,330 estimated this fall.

To compensate for stagnant state revenue, inflation and student population changes, the university has raised tuition and fees nearly every year. Budget records show the university has not run a budget deficit, unlike other Arkansas universities that have experienced lower enrollment, such as UALR and Henderson State University.