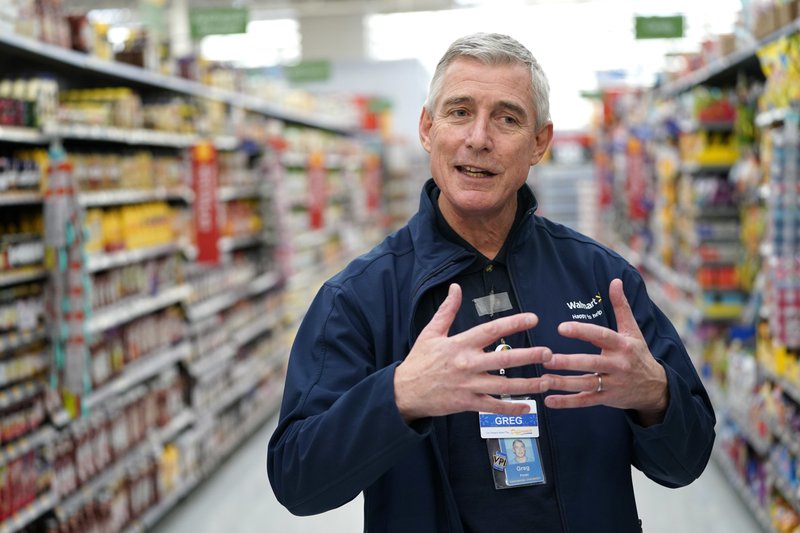 In this Nov. 9, 2018, file photo, Walmart U.S. President and CEO Greg Foran talks about the technology the company is using to keep shelves stocked at a Walmart Supercenter in Houston. He is leaving Walmart to become chief executive officer at Air New Zealand Ltd.

Walmart Inc. said Thursday that Greg Foran is stepping down as head of its U.S. division. John Furner, who currently leads Walmart's Sam's Club division, will become president and chief executive of Walmart U.S. on Nov. 1.

The Bentonville-based retailer said in a news release that Foran, 58, will leave the role he has held for five years to become chief executive officer at Air New Zealand Ltd. He will stay with Walmart through Jan. 31 to ensure a smooth transition in leadership, the company said.

Foran notified Walmart of his plan to step down on Wednesday, the company said in a filing with the Securities and Exchange Commission.

"It has been an honor to lead the team at Walmart U.S.," Foran said in the release. Leaving the company is "bittersweet," the New Zealand native said, "but this incredible opportunity to lead an iconic Kiwi brand was one I could not pass up."

Foran "has made a huge difference for Walmart," company President and Chief Executive Officer Doug McMillon said in the release. "He built a strong plan from the beginning to strengthen the U.S. business -- a plan that made significant choices around investing in wages and benefits for associates and investing in price for customers.

"Greg's ability to innovate, whether it's making our stores a competitive advantage in an omnichannel environment or equipping associates with next-generation technology and training, has helped position us for the future," McMillon said. He said Walmart U.S. had positive same-store sales every quarter under Foran's leadership. The same-store sales comparison, of stores that have been open at least a year, is considered a key indicator of a retailer's health.

Foran joined Walmart in October 2011 and has led its U.S. division since August 2014. Walmart U.S. is the largest of the retailer's three divisions, with more than 4,700 stores and about 1.5 million employees. The unit recorded net sales of $331.7 billion last year.

Furner, 45, was named CEO of Sam's Club, Walmart's members-only warehouse division, in 2017. He has been with the company since 1993, when he started as a part-time hourly employee in the garden center of a Supercenter. He served as chief merchandising officer for Sam's Club before taking the lead role.

"John has done a fantastic job at Sam's Club, and he will continue the momentum we have in Walmart U.S.," McMillon said. "He has the experience and judgment to know what we should continue doing and what we should change. He embraces technology and new ways of working, and he keeps our customers and Sam's Club members at the center of everything we do, while delivering results for the business."

Sam's Club posted revenue last year of $59 billion. It has nearly 600 locations throughout the U.S. and Puerto Rico.

Walmart said it will announce Furner's successor at Sam's Club at a later date.