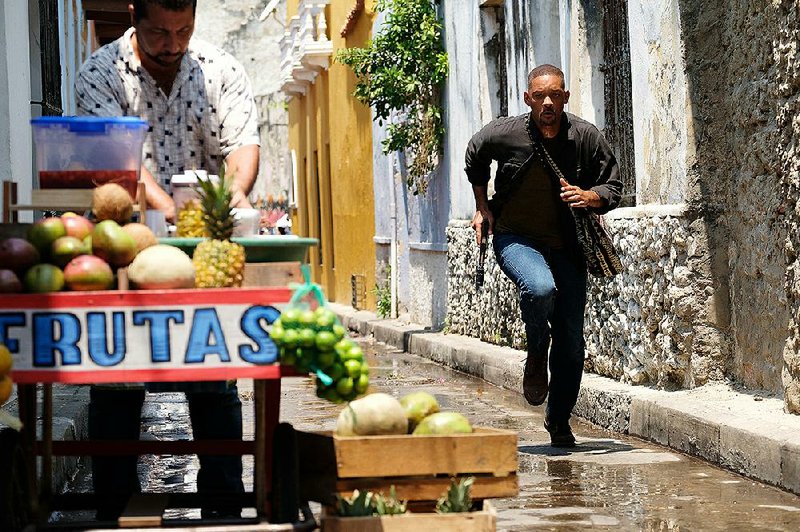 No profession, save that of the professional athlete, is more self-aware of the effects of age, and the diminishing returns therein, as movie acting. No careers are cut shorter, on average, and with more prejudice than that of actors, who can move from child-star, to young starlet, to full star, to has-been as quickly or as publicly (just ask poor Lindsay Lohan), and fade off into relative obscurity -- becoming little more than an occasional reference at the trivia quiz of a local watering hole.

Will Smith, a former hip-hop performer and TV personality, became a certified movie star in Independence Day back in 1996, at the tender age of 28. For a long while thereafter, he became a fixture of the summer blockbuster season -- starring in a succession of big-budget hits, including Men in Black I & II, I Am Legend, and I, Robot, before coming back down to earth. The last decade has seen him headlining a series of poorly received films (Hancock, After Earth, Suicide Squad), unable to capture the box office magic and fame of his youth.

Rating: PG-13, for violence and action throughout, and brief strong language

In that sense, he's a solid choice as leading man for this would-be thriller about a skilled military assassin on the verge of retirement inexplicably being pursued by a younger version of what appears to be himself.

As a Hollywood analogy -- stars often fade past their prime years (yes, even male ones, eventually!), and their fame begins a slow death, with fans' fond memory of their younger selves further alienating them from their present -- Ang Lee's film would seem to have some interesting juice with which to work, but the script ("credited" to David Benioff and a cadre of others) largely ignores its own metaphoric possibility, in search of more foolish thrills.

Smith plays Henry Brogan, an elite government assassin -- when we meet him, he's in the process of making a near-impossible shot at a target on a speeding train, 2 kilometers away -- who has finally grown a conscience. With 72 kills on his resume, he's all too ready to pack it in and spend the rest of his days fishing on his boat and getting together with some of his old Marine buddies.

The problem is, though, it appears his own government, aided by Clay Verris (Clive Owen), a shady former military operative, now in charge of a giant private special ops army, has called for a hit on him. On the run, with an unwitting DIA agent (Mary Elizabeth Winstead) in tow, he's forced to enlist the help of some of his old war buddies to hide him out until he can formulate a plan. The government is still able to track his every move, however -- from Colombia, Budapest and Georgia -- and the relentless agent they send after him appears to have the same skills and abilities as he.

This is no accident: Part of Verris' evil master plan involves genetic manipulation and -- wait for it! -- cloning. The deadly assassin pursuing Brogan over land, sea and cobblestone, is none other than a younger version of himself. Rather than taking "Junior" down, he attempts to broker peace with his young adversary -- seeing as they have a common enemy -- but the young man remains hellbent on making this kill, and proving to Verris, his boss (and adopted father), he has what it takes.

A film with a more vivid imagination could have had fun with the concept: As much as I disliked John Woo's Face/Off (too much Travolta), it at least approached its ludicrousness with the proper amount of wild bemusement. Lee simply isn't that sort of filmmaker. Instead, he plays the film directly down the middle, allowing the somberness of a drama, and the ridiculousness of the thriller plot to coexist with little regard for either position.

There is also the problem with the de-aging computer-generated imagery (CGI), that is now officially all the rage for Hollywood filmmakers (and easy to envision why, as Robert De Niro joked at the New York Film Festival press conference for The Irishman, it can add "30 years" to his career). Too often, the young Smith's face has the ersatz sheen of a video game rendering. It simply doesn't read as real, which makes his scenes just short of insufferable: There's not much point to a magic show if you can so easily spot how the tricks are being done.

Lee, a once-talented director, with more than a few exceptional films to his credit (The Ice Storm, Sense and Sensibility, and Crouching Tiger, Hidden Dragon, et al.), never seems to quite fix on what he wants the film to be, either. As a thriller, the story gets gummed up with weak, expository scenes, straining to tell us things we already know; as a drama, its too preoccupied with action tropes -- dragged out fight scenes, jet-setting from country to country, the sprawling evil of a private mercenary army -- to let the scenes, or the characters, breathe.

As for the action, there, too, the film feels more than a bit unsure of itself. The first meeting of Brogan and "Junior" comes in the tight, winding streets of Budapest, with both men absorbing enough damage to put them in the morgue. We are to understand Brogan is "the best" in the world at what he does, his younger clone perhaps in superior physical shape, but before too long, the men are flying around on motorcycles, shooting at each other at point-blank range, and flitting about as if they both have superpowers.

As usual, we can mostly blame CGI (well, and the soggy script) for this sad state of affairs. Lee, a dubious early practitioner of the craft -- his failed 2003 version of Hulk was also hampered greatly by the emotional emptiness of the technology -- seems to have learned little from that failure, which is especially disappointing, since he also made the vastly superior Hidden Dragon, primarily using practical Kung Fu action stunts.

Brogan might not make much sense as a character (find me that good of a career assassin with that sort of charm and sense of proportion), but at least we can believe Smith's physicality. Watching his CGI doppelganger isn't just distracting, it has less emotive resonance than a wax figurine, a problem, since the film wants to make Junior the emotional fulcrum.

It's easy to understand why this technology would appeal to actors of a certain age, but since the CGI revolution, such films have become lazy with their physics, and physicality. No longer constrained to make stunts, or sets, believable, the CGI-enhanced films have created an alternate reality no longer grounded in our own. For action scenes, it's one thing; for scenes where the complex emotions of an actor's face need to sell the moment, we're left with unsettling cartoons.

Actors can fantasize about how the technology will prolong their prime years, but we're not too far removed from a time when they can -- and will -- be replaced by CGI renderings altogether. In the age of hologram "concerts" with deceased musicians, imagine a near future in which living actors themselves will become entirely interchangeable. 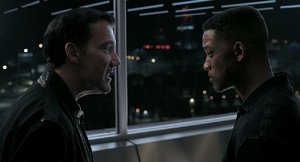 Photo by Paramount Pictures.
Clive Owen and Will Smith star in Gemini Man, a thriller about a military assassin on the verge of retirement being pursued by a younger version of what appears to be himself.