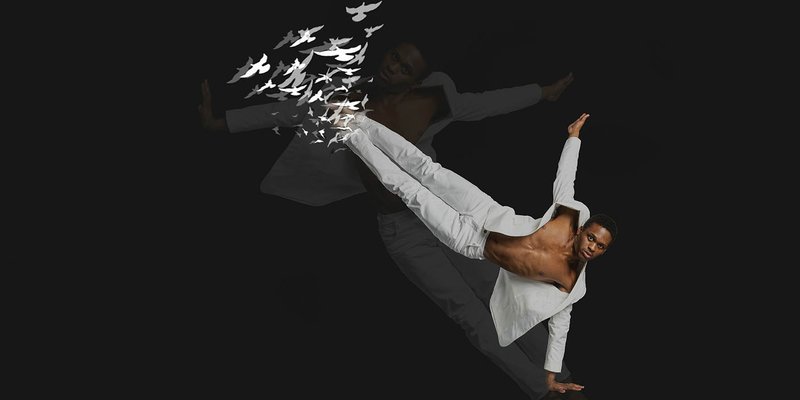 "People have preconceived ideas when they hear the word 'ballet' and think of it solely as a large and historically long, classical performance where the audience is expected to follow a preset storyline," says Margie Bordovsky, executive director of the Northwest Arkansas Ballet Theatre. "Ballet Theatre connects with the local community and brings choreography that gives audiences a chance to not only see the vision of choreographers from around the world, but the audience also gets to soak in the beauty and emotion and apply it to something in their own story.

WHERE — TheatreSquared in Fayetteville

BONUS — There will be a director’s talk at 7 o’clock each evening, and the Second Company will perform.

Bordovsky hopes to prove that point today and Saturday, when the Bentonville-based company performs for the first time on the mainstage at TheatreSquared in Fayetteville. The production includes two world premieres, "Immortal Beloved" and "Otra Vez, Otra Vez, Otra Vez."

"Each piece tells a short story in its own right, but to very different styles of music," says Ryan Jolicoeur-Nye, the company's artistic director. "Stephanie Martinez, a Chicago-based, internationally recognized choreographer, has created this beautiful blend of classical and Latin music. ... Loosely based off 'The Old Guitarist' by Picasso, it's a story about the lives we never knew existed, each random passerby living a life as vivid and complex as our own.

"'Immortal Beloved' [by Jolicoeur-Nye] is also based on a complex and ambitious life, the life of composer and genius Ludwig van Beethoven," he adds. "This new work is an abstract glimpse into love, life and struggle that was almost a muse to help Beethoven create some of the best music mankind would ever know."

This is not the first time the ballet company has announced multiple shows in its season, although Bordovsky says "each year feels like a 'first season' because we have not remained stagnant."

"We have had seasons in previous years which included 'The Nutcracker,' 'The Carnival of the Animals' with the Arkansas Philharmonic Orchestra and our MasterSeries," she elaborates. "Over the past two years, however, the company has grown in number, and the caliber of work has consistently escalated, which has allowed us to increase our opportunities to perform in new venues."

Jolicoeur-Nye adds that the creative team behind the ballet company, founded in October 2011 by Margie Bordovsky, Mariah Bordovsky and the late Peggie Wallis, is "so thrilled to be partnering with TheatreSquared. In my search for a venue that would best compliment the company's mixed repertory performances, which focus on innovation, creativity and experimentation, this intimate space seemed to fit perfectly with our theme."