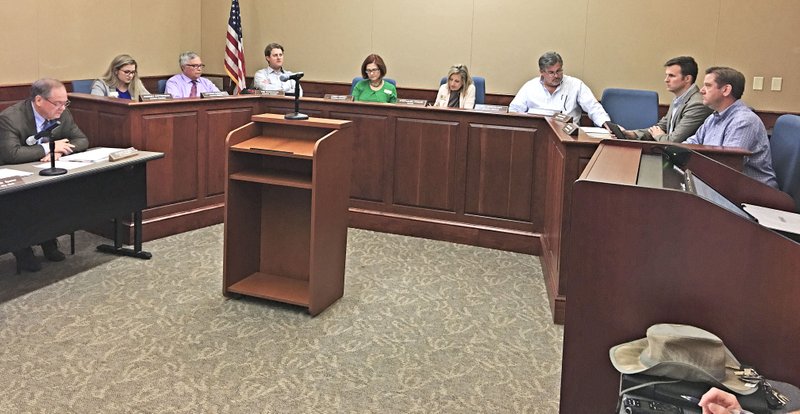 BENTONVILLE -- The City Council on Tuesday night agreed to accept a $1.9-million Walton Family Foundation grant to help pay for redesign work for one street project and design work for three others.

The redesign will be on a portion of Eighth Street from Southwest I Street to Southeast J Street. Toole Design Group and Burns and McDonnell will work together on the redesign, said Dennis Birge, city transportation engineer.

Councilman Chris Sooter said the projects have been studied for years.

The work on Eighth Street from Southwest I Street to Southeast J Street will be transformational, Sooter said.

"This gives us a vision of what Eighth Street should be," he said. "We want it to be a bikeable, walkable environment. We also want it to be safe, to look nice and to move traffic."

The redesign work on Eighth Street and the Northwest Third Street from Elm Tree to Walton Boulevard project will receive priority over the others, Birge said. It could take 25 to 30 weeks to have designs back. City staff will review the designs at 30, 60 and 90 percent completion, Birge said. The projects will be treated like large-scale developments, he said.

The grant money will cover the cost of engineer fees and the bid documents for each individual project, according to a letter Birge sent to the City Council. The letter was part of the council agenda packet.

In the the letter, Birge notes design features will include more of a complete street design with a concentration on all modes of transportation -- vehicle, bicycle and pedestrian.

David Wright, Parks and Recreation director, said during the design process adding sidewalks and bike lanes on both sides of the streets would be part of the discussion.

"It's all about right of way and how much can you put in there," he said.

A letter to Mayor Stephanie Orman from Lisa Montez, secretary and general counsel for the foundation, said the grant would prepare design and construction documents for, "7.5 miles of "complete street" infrastructure in four distinct, but connected projects."

Construction on the projects could start in 2021, and funding hasn't yet been determined, Birge said.

The council also approved a bid of $35,677 to Lights to Sparky for square light installation.