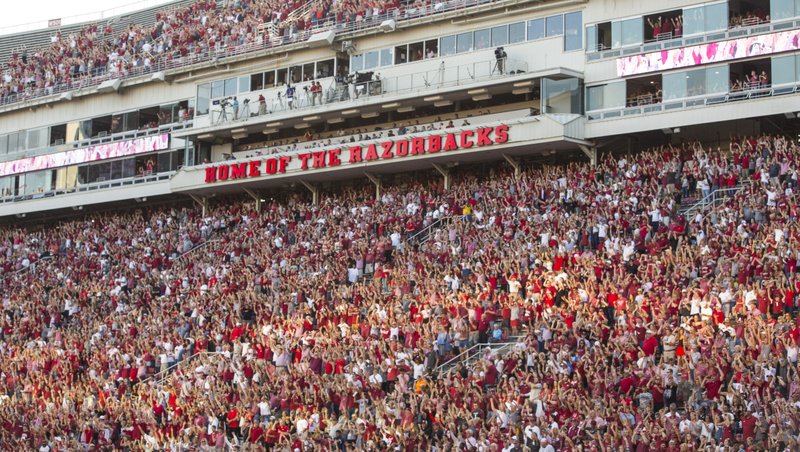 FAYETTEVILLE -- The Arkansas Razorbacks will face another Mountain West opponent in next year's football season opener.

The University of Arkansas has completed a contract with Nevada that will pair the teams in their first meeting Sept. 5 at Reynolds Razorback Stadium. Nevada's game guarantee was redacted in a copy of the contract obtained by the Arkansas Democrat-Gazette via a public-records request.

The game will be worked by an SEC officiating crew.

The Razorbacks originally had contracted to play Kent State in the 2020 season opener, but that game was moved to Sept. 9, 2023, based on a copy of the amended contract obtained by the Democrat-Gazette. The guarantee amount for that game also was redacted. The Golden Flashes were leery of playing three SEC games in the first month next season, as they are scheduled to play road games at Kentucky on Sept. 19 and Alabama on Sept. 26.

Arkansas has lost two of its past three games against Mountain West competition the past two years. The Razorbacks split a home-and-away series with Colorado State, capped by a 55-34 victory at Razorback Stadium on Sept. 14. The next week, Arkansas was upset 31-24 by three-touchdown underdog San Jose State, which has not been a contender in the Mountain West in recent seasons. The Spartans took home a game guarantee of $1.5 million, believed to be the biggest guarantee earned by a winning team so far in 2019.

Adding the opener against Nevada and settling the Kent State date complete the Razorbacks' nonconference slate for the next four seasons.

Arkansas in 2020 is scheduled to host Nevada, Charleston Southern and Louisiana-Monroe, and take on Notre Dame for the first time on Sept. 12 in South Bend, Ind.