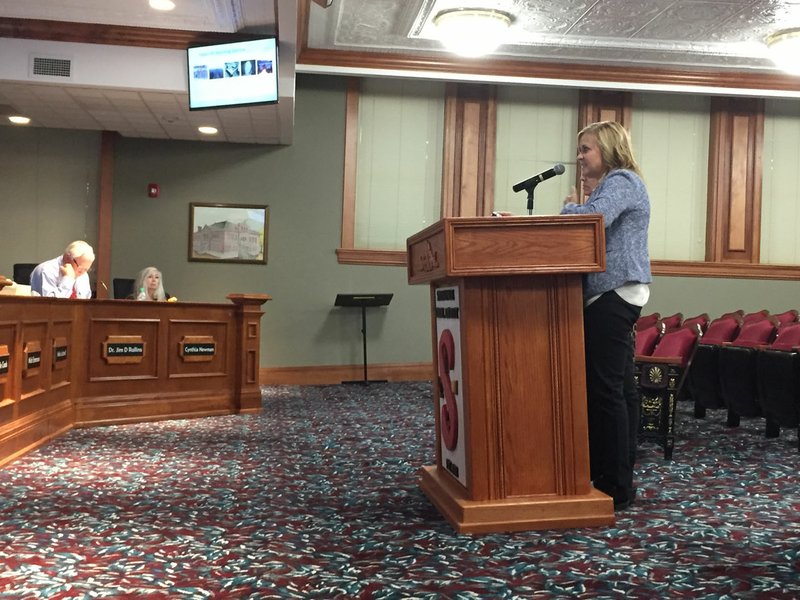 Kelly Hayes, district comptroller, announced at Tuesday's School Board meeting the district registered 71.2% of its students for the free and reduced-price program by Oct. 1, the date on which each school district's program enrollment rate is counted as its official rate for the school year.

Districts with 70% or more of its students enrolled in the program receive twice as much from the state in Enhanced Student Achievement money than they would receive otherwise. The difference for Springdale is $16 million compared to $8 million, according to Hayes.

"To say this was a team effort would be an understatement," Hayes said about making the 70% level for the fifth straight year. It was "all hands on deck" -- including principals, teachers and cafeteria workers -- to make sure all families had the opportunity to complete a program application, he said.

Kevin Ownbey, board president, said even he received a robocall reminding him of that opportunity, despite the fact he hasn't had a child in the district for four years.

Reaching the 70% mark came down to the wire for Springdale. As of six days before the Oct. 1 deadline, 69% of students filled out a program application.

The district promoted to families the program's benefits besides the cost break on meals. Qualifying students may take the ACT twice for free. There also are opportunities for scholarships, free summer camps and waivers on college application fees, according to the district.

Students are eligible for the program if family income is up to 185% of the federal poverty level, which is $47,637 for a family of four in Arkansas.

Springdale's rate ranged between 70% and 71% each of the past four years. Lincoln and Decatur are the only other Northwest Arkansas districts achieving the 70% level for the past several years.

Springdale is the largest district in the state with about 22,200 students. That means about 15,800 students qualify for free and reduced-price meals.

Districts receive the money a year after the one on which funding is based. Any changes in a district's funding level is phased in over a three-year period.

About 303,000 of the approximately 478,000 (63%) public school students in Arkansas last year qualified for free and reduced-price lunches, according to the Arkansas Department of Education.