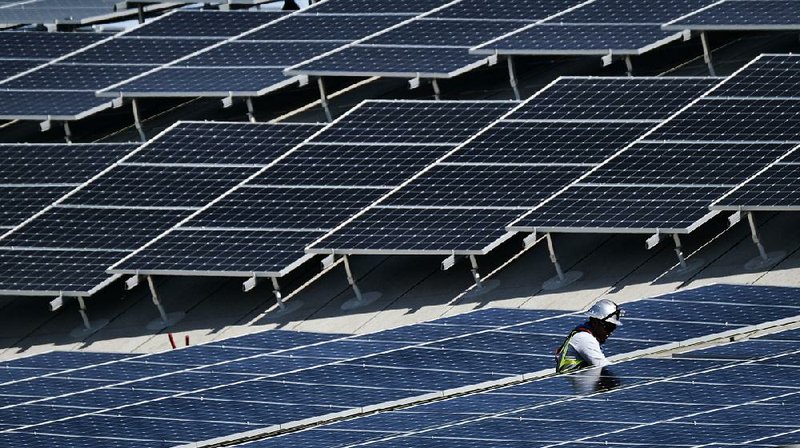 The Labor Department says its producer price index, which measures inflation before it reaches consumers, fell 0.3% last month, the first drop since June and the biggest since January. Even core wholesale prices, which exclude volatile food and energy prices, tumbled 0.3%.

Producer prices excluding food, energy, and trade services -- a measure preferred by some economists because it strips out the most volatile components -- were unchanged from the prior month, and rose 1.7% from a year earlier.

Energy prices fell 2.5% from the prior month, dragging down the overall gauge, and food costs rose 0.3%.

The report, which measures wholesale and other business selling costs, reflected monthly declines in indexes for machinery and vehicle wholesaling, as well as fuels and apparel retailing. Transportation and warehousing prices also dropped, while the index for hospital outpatient care increased.

The U.S.-China trade war intensified in September when a new 15% tariff on about $112 billion of Chinese products took effect. This levy, along with the batch that would affect about $160 billion worth of goods starting in mid-December, more directly targets American consumers.

Analysts monitor the producer price index to assess potential price pressures set to show up at the consumer level. A more closely-watched measure of inflation -- the core consumer price index, scheduled to be released Thursday -- is forecast to have risen 2.4% from a year earlier, which would equal the August reading.

The drop in the core index suggests weaker demand is forcing companies to lower prices and preventing them from passing along any higher costs resulting from tariffs. Subdued inflation, at the producer and consumer levels, provides space for the Federal Reserve to lower borrowing costs with little concern that price gains will surpass the central bank's goal.

President Donald Trump has repeatedly pressured the Fed to lower U.S. interest rates, arguing, among other things, that inflation poses no threat even though unemployment is at a 50-year low of 3.5%. The Fed has already cut rates twice this year.

Information for this article was contributed by Paul Wiseman of The Associated Press and by Reade Pickert of Bloomberg News.