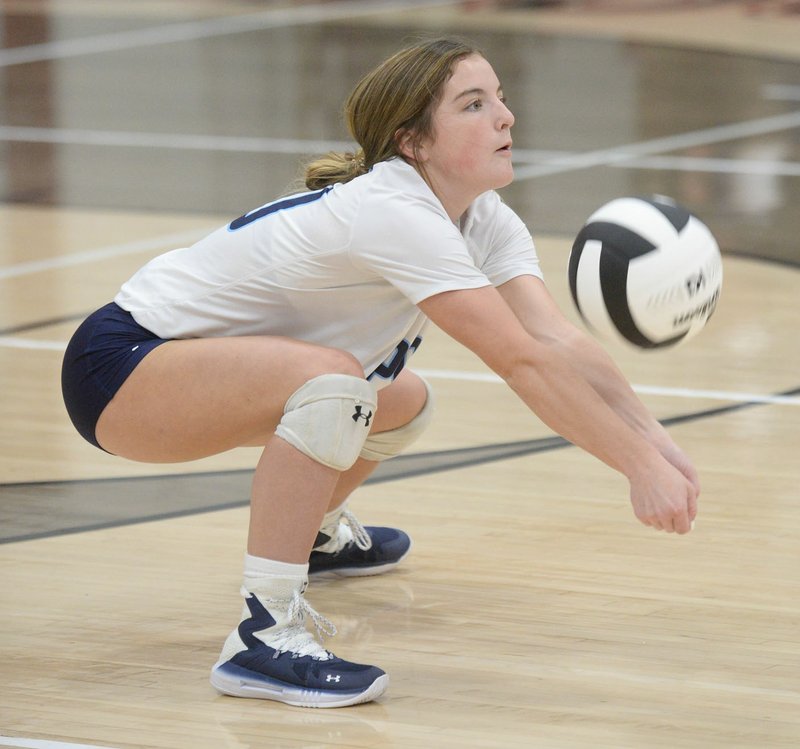 Har-Ber swept Springdale High 3-0 (25-11, 25-6, 25-22) Tuesday for its sixth win in its last seven games. Caylan Koons led the way with eight kills, 23 assists, and 12 digs for the Lady Wildcats, who swept Rogers Heritage last week before winning four of five games at the Fort Smith Invitational. Har-Ber (20-7, 8-2) won four consecutive in the tournament before losing to Fort Smith Southside in the semifinals.

Har-Ber's turnaround began two weeks ago after consecutive losses to Fayetteville and Bentonville, the co-leaders in the 6A-West Conference. Kyler Greenlee had 11 kills and Mackenize White nine kills for Har-Ber against Springdale on Tuesday. Maddux McCrackin added 16 digs while Taina Miller led Springdale with five kills.

"We knew playing at Fayetteville and Bentonville back-to-back was going to be very tough, but our goal was to stay positive," Springdale Har-Ber coach Cassie Loyd said. "With the tournament over the weekend, we had an opportunity to get some games under our belts and we got better."

Har-Ber will attempt to continue its momentum against Bentonville West at home on Thursday.

Har-Ber won the first two games easily on Tuesday then completed the sweep with contributions from its substitutes off the bench. Har-Ber used runs of 6-0 and 9-0 to take the opener, 25-11.

Springdale closed to within 14-10 when Har-Ber began to pull away again with a kill from Caylan Koons. Kat Cooper added a kill then Koons and Cooper combined for a block before the game ended when Springdale (6-15, 1-9) hit a return volley out of bounds.

"Caylan is amazing, especially being a sophomore," Loyd said.

Har-Ber surged to leads of 7-1 and 15-4 while winning the second match 25-6. Springdale forced a 22-22 tie in the third match before Har-Ber pulled ahead again and won 25-22. Skylar Fernandez found the open court with a return and Mackenzie White added a kill down the stretch for the Lady Wildcats.

Gracie Carr led Rogers with 13 kills, 18 digs and 4 aces, while Abby Harris had 11 kills, 15 assists and eight aces -- four of them in the fourth set. Lilly Dennis contributed 16 assists, while Brooke Park chipped in 7 kills and 16 digs.