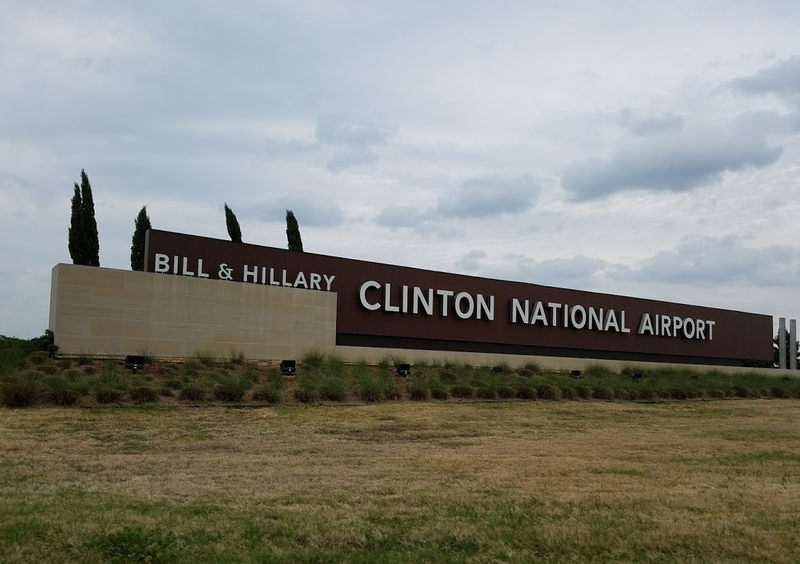 The cost to rebuild a section of taxiway that runs in front of the Dassault Falcon Jet complex at Bill and Hillary Clinton National Airport/Adams Field will be nearly $6.9 million, according to airport documents.

The $6,885,709 price tag is based on a bid submitted by Weaver-Bailey Contractors. The White County company was the only contractor to submit a bid.

A review of the bid by the engineer of record, Garver LLC of North Little Rock, deemed it responsive and also indicated a "reasonable level of competition" from subcontractors within the bid received, said Tom Clarke, the airport's properties, planning and development director.

The project also will install a new gated entryway connecting the taxiway with Dassault Falcon. The entrance will feature the airport's longest gate -- 140 feet -- to accommodate the bigger line of jets in the Dassault Falcon fleet.

The new entrance will be built first because the work to improve the section of Taxiway Papa between Taxiways Bravo and Zulu will close the entrance now used by the big jets.

The company has agreed to pay for the work on the project that is on its property, an estimated $525,000, according to Bryan Malinowski, the airport's acting executive director.

Malinowski said the new gate was planned as part of the Dassault Falcon expansion announced several years ago. The expansion included the construction of a $60 million, 14-bay hangar designed to accommodate the company's new generation of business jets.

Once the project is completed -- within 235 calendar days once the contractor is given a notice to proceed -- Dassault Falcon will have access to the existing entrance on Taxiway Papa as well.

The project is part of a multi-year effort to beef up the airport's surface system for aircraft to handle the higher weights of bigger business jets that are more common at Clinton National.

The section is the last on Taxiway Papa that has an asphalt surface. The new surface will be concrete. Another Federal Aviation Administration requirement for taxiways 75 feet wide calls for the installation of 30-foot shoulders on either side of the taxiway.

A future project will make similar improvements to Taxiway Charlie as well as eliminate a feature that enables aircraft to access two runways on the west side of the airport. The FAA considers the feature a "hot spot," or area with a "history of potential risk for collision or runway incursion." The estimated price tag for that project is $60 million.

The Little Rock Municipal Airport Commission's lease committee on Tuesday accepted a staff recommendation to approve the project. It now goes to the full commission, which meets next week. 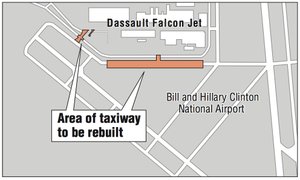 A map showing the area of taxiway to be rebuilt