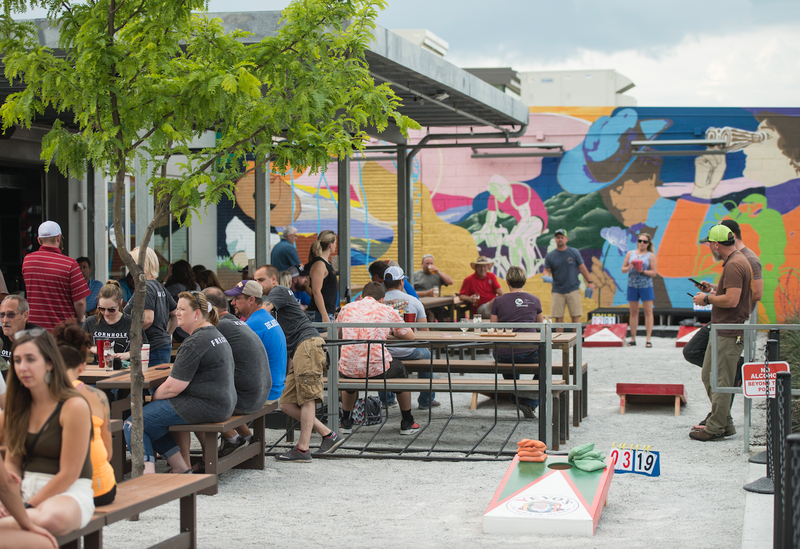 The owners of Bentonville-based Bike Rack Brewing Co. have asked a judge for summary judgment in a suit brought by a former owner who contends he was given a lowball buyout offer and pushed aside by his former partners.

In a filing earlier this month in Benton County Circuit Court, the remaining owners of the brewery argue its contention in the dispute regarding breach of contract is enforceable under law and that it's clear the defendants' actions were not a breach of fiduciary duty.

The case is scheduled for a jury trial in mid-January.

In a brief also filed early this month, the Bike Rack Brewing defendants argue the suit is, at its core, a contract dispute with a disgruntled former owner who is "unhappy with the fruits of his agreement with his former co-owners." It contends Steven Outain agreed to the "unconditional and irrevocable" buyout provision in the company's operating agreement but then balked and sued when the buyout payment didn't meet his expectations.

In September of 2018, Outain, a company founder and its chief development officer, filed suit in Benton County Circuit Court contending his relationship with the other owners had deteriorated. Outain asked, among other things, that the court determine the value of his share of the company, rule that he can't be forced out and award compensatory and punitive damages.

In October of 2018, the owners of Bike Rack Brewing Co. filed a counterclaim against Outain, contending he betrayed their confidence by derailing a company plan to expand to Fort Smith and that he refused a legitimate buyout attempt.

Arkansas' craft brewers produced nearly 37,500 barrels of beer in 2018, up less than 1% from the year earlier. A barrel of beer contains 31 gallons.