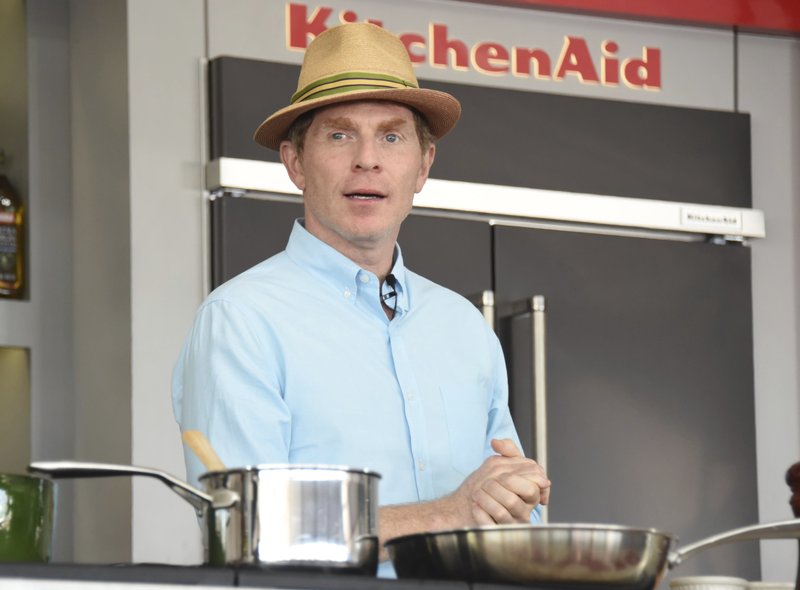 Want to learn how to cook a delicious meal watching chef Bobby Flay, but you have a few questions?

Discovery Inc., the parent company of Food Network, is now making that easier for its viewers with a new monthly streaming service called Food Network Kitchen that will be integrated into Amazon.com's digital assistant, Alexa.

The $6.99-a-month service, due out this month, will enable subscribers to take live cooking classes through an app with such chefs and cooking stars as Flay, Rachael Ray, Molly Yeh and Alton Brown. Subscribers can text their questions in the app, and it might get answered by the instructor during the live show.

"A lot of what we're trying to do here is meet a need that people have told us for years, which is they love our TV shows, but they want to be able to put in practice what they see on TV," said Peter Faricy, Discovery's chief executive of direct to consumer, overseeing the company's digital and direct to consumer businesses.

The effort comes 18 months after Discovery spent $12 billion to acquire Scripps Networks Interactive Inc., then-parent of such popular cable channels as Food Network, home improvement channel HGTV and the Travel Channel. The New York company is looking for ways to adapt its cable programming business for the digital age. More consumers are dropping their cable subscriptions and are opting to entertain themselves with a growing number of streaming video services.

Already, there are digital video channels such as BuzzFeed's Tasty and Tastemade that show viewers how to cook. Hulu in May said it is working with Vox Media Studios, Momofuku chef David Chang's Majordomo Media and Chrissy Teigen's production company Suit & Thai Productions on a show tentatively called Family Style, about how people show their love by cooking and eating together.

Many of the large streaming platforms are concentrated on scripted shows and those that are focused on food don't offer the features that Food Network Kitchen will, Faricy said.

"In this space, it's really all about people who love food and love cooking," Faricy said. "We really feel like we have a large market, tens of millions of people who at some point could be interested in a product like this."

Food Network Kitchen will host 25 live classes every week. The classes can be filtered by cuisine, cooking difficulty and the time it takes to prepare them.

The schedule for the live classes will be posted in advance, including the ingredients and cookware needed to do the recipes. For example, a class to make grilled steak and Greek corn salad requires ingredients including red wine vinegar, cube steaks and cherry tomatoes.

If subscribers to Food Network Kitchen are also members of food delivery services Amazon Fresh, Instacart or Peapod, those ingredients can be added to your cart and brought to your home before the class. Discovery would receive a cut of those e-commerce revenues.

There will also be more than 800 on-demand cooking classes in the app's library and access to thousands of instructional videos and recipes. At launch, all of the classes will be in English, but Faricy said the company will look at adding more languages as it expands to other countries.

Food Network Kitchen will be available on iOS and Android mobile devices, as well as on Amazon products including the Echo Show and Fire TV edition smart TVs. Next year, the service plans to offer 24-hour live customer support for cooking help.

The partnership could benefit Amazon too. Subscribers can beckon Alexa to save certain recipes or, on their Echo Show, users can ask Alexa to show them the ingredients on the screen.

"We hope the combination of Food Network's world-class cooking content and the simplicity of Alexa inspires and delights customers throughout every part of their cooking journey — whether they're a seasoned cook or just starting out," Dave Limp, senior vice president of Amazon Devices and Services, said in a statement.

Eunice Shin, a partner with global consulting firm Prophet, said she could see how households that rely on Amazon products would be interested in this product.

"It's super convenient," Shin said. "It almost feels like it's the next step of the food boxes that get delivered at home."

Amazon could also benefit from the partnership by leveraging Discovery's content to encourage more people to buy online, Shin said.

The cooking classes are filmed in Chelsea Market in New York, but Faricy said the company is thinking about opening a second studio next year. Los Angeles is at the top of his list, he said. Roughly 100 people are working on the Food Network Kitchen product, Faricy said.

"If people love our live classes, we are going to grow that number over time and having two studios will make it easier and easier for us to build capacity," he said.