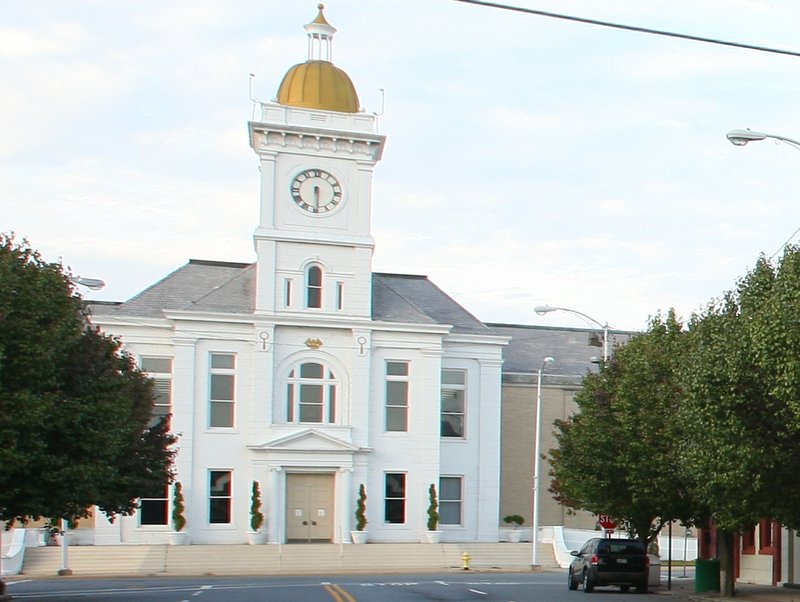 FILE - The Jefferson County courthouse is shown in this 2011 file photo.

PINE BLUFF -- District 3 Justice of the Peace Delton Wright has resigned, according to a letter sent to the Jefferson County Quorum Court.

Wright, 63, said in his letter that he resigned because the sale of property he owned in District 3 placed his official residence in District 4.

The letter states: "I was a qualified elector and resident of District 3 at the time of my reelection and assumption of office. However, due to the sale of the property, my residence is now in District 4. It was my intent to run for the District 4 seat, and I was not aware that move precluded me from completing the term of office."

The resignation took effect Monday, according to the letter, which is undated.

Wright, a Democrat, was reelected for a 10th consecutive term without opposition in the May 2018 primary election and did not face an opponent in the November general election. He was sworn into office in January 2019.

According to a letter written last month to Prosecuting Attorney Kyle Hunter by Jefferson County Judge Gerald Robinson, "allegations" had surfaced during the year that Wright has failed to meet the legal residency requirements to serve on the Quorum Court.

The 19 W. Southern Pines address in Pine Bluff is in District 4, which is represented by Justice of the Peace Patricia Royal Johnson. Jefferson County property records show that Wright purchased the property in October 2005.

According to Robinson, he will submit a resolution declaring the position vacant to the Quorum Court at its next meeting. If approved by the justices, a letter advising of the vacancy must be sent to Gov. Asa Hutchinson within 10 days, and the governor is responsible for appointing a person from the district to serve out the remainder of the term, which expires Dec. 31, 2020.

Whoever is appointed will be prevented by law from running for that position in the next election.

In a telephone interview Monday, Wright admitted that he had sold the apartment building listed as his address but denied any wrongdoing. He said he continued to live at the apartment even after he sold the building to assist the new owners.

Even so, Wright said he had vacated the apartment by February 2019, but he said he continued to live in the district by staying at the home of a friend, whom he did not identify by name or provide an address for.

"If you look at it technically, I'm still living in the district because I'm living over there with her and at my house on Southern Pines," Wright said. "I still spend a lot of time over in District 3 but since I'm going to run in [District] 4, I'm going to go on and stay in [District] 4."

Robinson said there are issues remaining with Wright that his resignation does not solve, and he said he would like to see the matter prosecuted.

"When he was interviewed he said he lived at 1801 south whatever," Robinson said. "He said he lived there only until pressure was put on him ... by the news media. Now he has come up, because he knows it's with the prosecutor, to say, 'I resign.' Does that mean it's a crime not committed just because he resigned?"

Hunter, the prosecuting attorney, said he had received a copy of Wright's resignation letter and is still looking into the matter.

"I'm analyzing the whole matter to decide whether or not this resolves it or if there is any other action that needs to be taken," Hunter said.