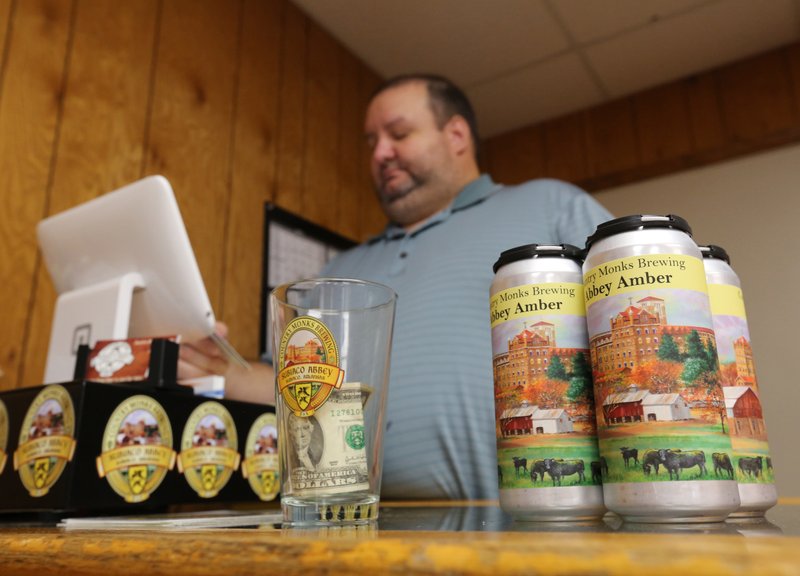 Patrick Richey, director of Campus Ministry and Mission at the Subiaco Academy and Abbey, sells a four pack of beer Wednesday, October 2, 2019, at the Country Monks Brewing Taproom at the abbey in Subiaco. - Photo by David Gottschalk

Country Monks Brewing is starting small, but hopes are high that it will eventually sell its beer in retail outlets, once it adds a new canning machine.

Today, the brewery runs a small taproom on the grounds of Subiaco Abbey in Logan County. It's open 9 a.m. to 4 p.m. on Saturdays and throughout the week by appointments made on Facebook, where it sells its beer in cans, growlers and by the glass.

Brewmaster Brother Basil Taylor runs the show, with the support of volunteers -- mostly Benedictine monks, with a few laypeople tossed in -- who pitch in to help can or sell beer or Country Monk merchandise at the taproom.

Half of the profits at Country Monks Brewery are used to support elder care for the abbey's monks and the other half goes toward tuition assistance at the abbey's boarding school for boys.