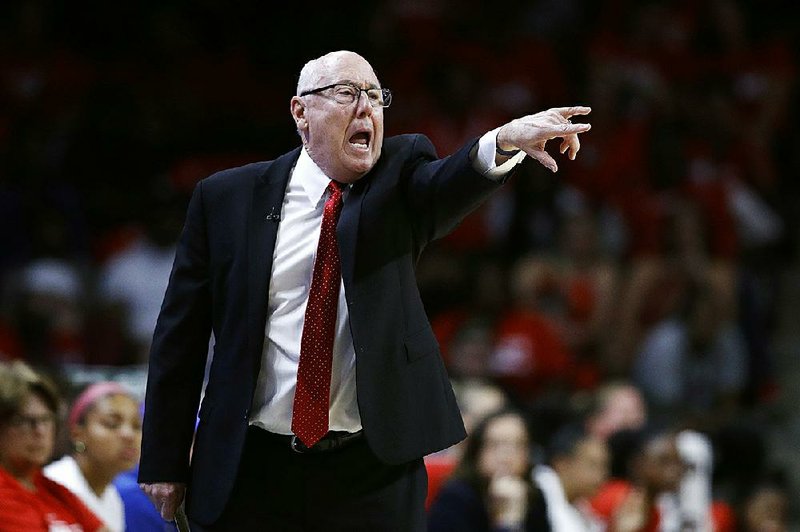 Mike Thibault hopes to lead the Washington Mystics to a WNBA championship when the Mystics meet the Connecticut Sun in Game 4 of the WNBA Finals tonight.

UNCASVILLE, Conn. -- Washington, of course, would take its first WNBA championship no matter where it happens. But the Mystics want to win it in Connecticut tonight in part for their coach.

Mike Thibault spent 10 years in Uncasville and led the Connecticut Sun to eight playoff appearances, including Finals in 2004 and 2005. But he never won a title with the Sun.

The winningest coach in WNBA history is now on the verge of winning both his and the franchise's first championship after taking Washington to its second consecutive Finals. The Mystics' 94-81 victory Sunday, gives them a 2-1 lead in the best-of-five series.

The Mystics had won a total of 11 games in the two years before Thibault arrived. He has guided Washington to the postseason in six of his seven seasons at the helm.

"He came here when this team was literally trash, literally trash," guard Natasha Cloud said. "The Mystics were terrible and no one wanted to watch them. For him to turn this organization around and to be in the Finals the last two seasons -- be in with a chance to bring their first ever franchise championship -- is huge. And to do it here, where he had a tremendous coaching career, would be even better."

Thibault said he also wants to win Game 4 tonight, but not because the game is in Connecticut. None of the players or staff he worked with is still there, making this in many ways just another road arena, he said.

"If we were playing in some neutral court somewhere, I wouldn't care," he said. "It's obviously a place I spent a long time. But it doesn't matter to me where we win it. I just want to win it."

The Sun are also looking for the franchise's first title. If Connecticut wins Tuesday, a decisive Game 5 would be in Washington on Thursday night.

The Mystics are hoping to recreate the formula that led to Sunday's success -- a quick start and great outside shooting. Washington jumped to a 15-point lead after the first quarter and tied a WNBA Finals record with 16 three-pointers, shooting better than 59 percent from behind the arc

Delle Donne has a herniated disk in her back and said she definitely will play. But the league's MVP expects to be limited, just as she was Sunday when she scored 13 points in 26 minutes, spending most of her time on the perimeter.

Connecticut is hoping to send the best-of-five series back to Washington by running Delle Donne and the rest of Mystics off the three-point line.