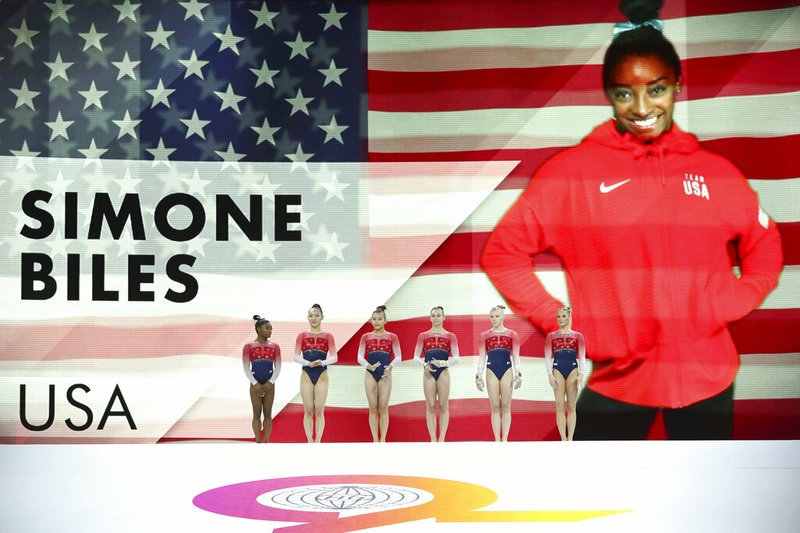 Biles' 15th career gold medal brings her a total of 21 medals, breaking a tie with the Russian gymnast Svetlana Khorkina for the most medals by a woman at the world championships. She's now two short of Vitaly Scherbo's all-time record among men or women of 23.

The U.S. team scored 172.330 points to beat second-placed Russia by 5.801 points and win its seventh consecutive team title at an Olympics or world championships.

Biles posted the best individual scores on the vault, balance beam and floor.

Italy took bronze, as China failed to win a women's team medal for the first time since the 2003 world championships.