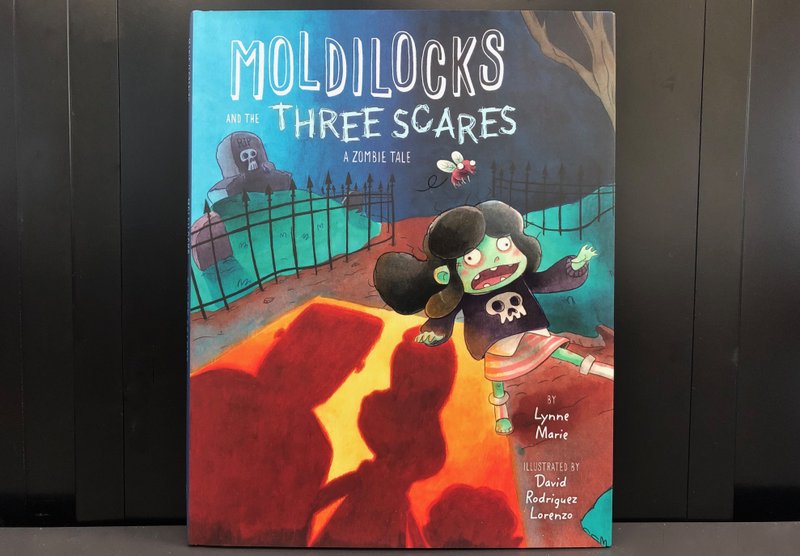 TITLE: Moldilocks and the Three Scares: A Zombie Tale

STORY: Frankenstein and his Bride are not named that, they are Papa and Mama Scare, and they live in a huge haunted house with their bat-eared child, Baby Scare. The house has room for four, apparently not counting their dog, Plasma.

The family sits down to a midnight snack that Papa prepped while Mama was mixing potions and wishing she had a lab assistant and while Baby was sweeping bats from the bell tower and wishing for a playmate. There's a tub of soup for Papa, a cauldron for Mama and an itty-bitty bowl for Baby. But this alpha-bat soup is too hot. Among other effects, it makes Mama's mummy wrappings unravel. So the Scares take a walk to let it cool.

Along comes a hungry green ... the subtitle is A Zombie Tale, so I'm guessing she's a zombie although the aroma of soup lures her through the cemetery. This is Moldilocks. She commits the traditional crimes and samples their amenities in the customary three sizes.

Illustrator David Rodriguez Lorenzo creates a jewel-tone, Halloween-theme world that manages to be attractive while also being enjoyably silly.

Print Headline: READ TO ME