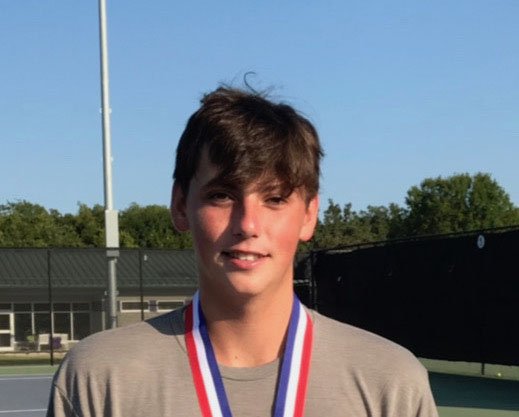 The Mavericks (23-5) went 6-0 on the day, sweeping Springdale Har-Ber 25-15, 25-17 in the semifinals to avenge a loss earlier in the season. They swept Bentonville West, Vilonia, and Mount St. Mary to win their pool and then downed Van Buren to reach the semifinals.

Avery Fitzgerald finished the day with team-highs in kills (47) and aces (20), including 12 kills and four aces in the final. But she had plenty of help. Hannah Hogue dished out 119 assists, 14 aces and added 37 digs. Toree Tiffee added 39 kills, while Kelsey Hamilton contributed 30 digs and 12 aces.

Springdale Har-Ber went 4-1, losing in the semifinals of the Fort Smith Invitational tournament on Saturday.

The Lady Wildcats (19-7) defeated North Little Rock, Farmington, and Beebe in pool play, then edged Greenbrier to reach the semifinals. But they fell 2-0 to eventual tournament champion Fort Smith Southside.

NWA Democrat-Gazette Athlete of the Week

Bentonville West’s Hayden Shoemake breezed through the boys’ singles draw to win the 6A-West Conference title this week to earn the Northwest Arkansas Athlete of the Week honors.

The senior hasn’t dropped a set all season but lost just six games in eight sets to go 4-0 in the tournament. Last year’s Class 6A state runner-up defeated Fayetteville’s Tucker Harris 6-0, 6-0 in the finals.

“He’s so focused right now,” Alexander said. “His game is at a whole new level. Hayden is everything I could ask for in a student-athlete. Every year he’s grown, but there’s just been this massive leap for him in all aspects of his game from last year to this year.

“He’s just playing at a whole new level and it’s fun to watch.”