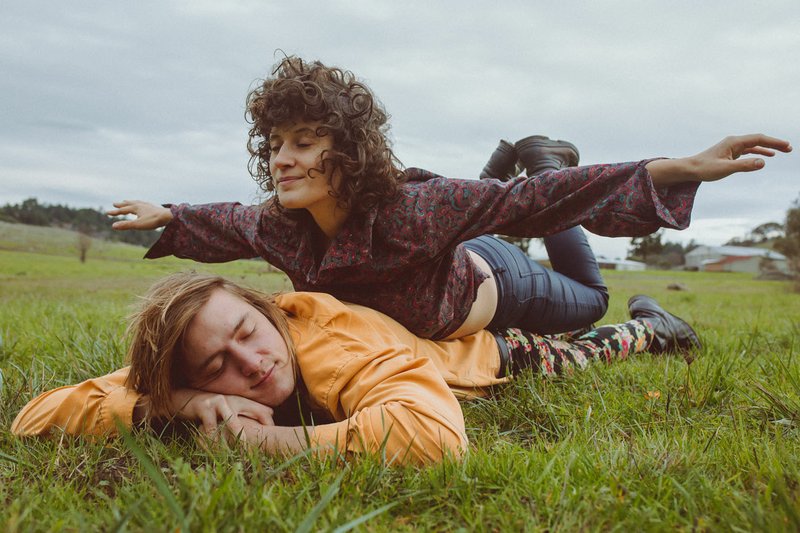 Courtesy photo Fayetteville darlings Anna Moss and Joel Ludford -- Handmade Moments -- return the Natural State for the Hillberry festival following a whirlwind year of international touring, a new vinyl release in the spring, and ahead of their cover album, out Nov. 1.

Northwest Arkansas favorites Handmade Moments are back home to perform at the sixth annual Hillberry Harvest Moon Festival on Oct. 10 and 12. One half of the folk/funk duo, Anna Moss, grew up in Eureka Springs, and the band was founded in Northwest Arkansas before traveling all over the world. That means Moss and partner Joel Ludford always look forward to their Ozarks visits.

WHERE — The Farm, 1 Blue Heron Lane in Eureka Springs

"The festival is unlike many in the U.S.," Moss says of the pair's excitement at returning to Hillberry. "It brings in world-class talent while making sure to curate the local scene and highlight the incredible talent that lies in the Ozark hills. It's a festival where collaborating with other artists is second nature."

A collaboration or two will definitely be part of this appearance, but the Handmade Moments duo aren't giving away any clues about who they might be jumping on stage with. At previous performances at The Farm, the pair have shared the stage with groups like Railroad Earth, Opal Agafia and the Sweet Nothings, Arkansauce, the Shook Twins and the Julian Davis Band, among countless others. The opportunity to play with so many friends has become one of their favorite parts of Hillberry, Moss admits.

"There is only one main stage, so the artists that play often get to see their peers play as well. In other festivals, it can be so spread out that you don't get to watch your friends' bands play, and you feel like you miss out on something."

This stop at Hillberry comes after major tours through the U.S. and Europe earlier this year and ahead of their next album release, dropping Nov. 1. The twosome have called New Orleans "home" since early spring -- although their house is still waiting to be settled in, Moss confesses -- and the energy and music of the city have been motivating for the multi-instrumentalists.

"Living and recording in New Orleans can only do your music good. This town is full of amazing artists, musicians, dancers and engineers," Moss muses. "Being in the same community as some of our idols has pushed our music to a new level. We feel the need to meet the high standards of musicianship and fun that our new home is so famous for. We also want to bring a bit of New Orleans everywhere we go!"

That's why, she shares, Ludford has been playing the tuba and sousaphone daily since the two moved in. And on their new record, Handmade Moments recorded several songs with a NOLA beat accompanied by the classic New Orleans instrument, the marching sousaphone.

"These songs are all typical Handmade Moments cover songs," Moss says of the new album. "They are strong songs with great lyrics, catchy melodies and a CLASSIC feel to them that lends them to be covered in a stripped-down way and still deliver all the feels."

The album is titled "Number Ones" and is a collection of nine hook-laden, indie-Americana versions of tunes from artists like Aaliyah, DRAM, James Brown, Louis Armstrong and more. The album was inspired by the fans, Moss says, as the pair are known for some of their live covers during shows and for videos posted to YouTube and Facebook showing off their laid-back side. The video of Handmade Moments' take on Erykah Badu's "Phone Down" has racked up more than 4.5 million views on Facebook and is one of the songs fans were "berating" the pair for an audio recording of.

"This has been a new experience for us. Covering a song at a show is one thing, but taking the bones of the song and creating a new body for those bones is a nerve-wracking feat. With your own original music there is no pressure to get it 'right.' It's your art, and you decide what's right. But with these songs, they already have a life of their own, so making sure that they still deliver the same dynamics while not sounding like a copycat was the real challenge."

Another group preparing for a new album is one of the Hillberry headliners, Leftover Salmon. Although, Salmon -- another Hillberry veteran and favorite in the Ozarks festival scene -- is quite a bit earlier in the process than Handmade Moments.

"We don't really know what it's going to be," reveals Drew Emmitt, founding member and mandolinist/singer for the bluegrass/jam band.

They ought to know by the time they reach The Farm, though. Before Salmon arrives in Eureka Springs, they'll be in North Carolina earlier in the week, and they plan to stop in at Echo Mountain Recording studio in Asheville to lay down the tracks.

"Every one of our records has been different. And this one, I think it's a little more off-the-cuff," Emmitt shares. "We don't really have a theme or a plan like we had on the last one, and I think we had a lot more time to prepare for it. This one we're just kind of letting it fly and shooting from the hip. We're producing it ourselves, and we'll see what happens.

"You know, records have gotten more and more elusive as far as how they're made and what is done with them, considering how a lot of music is just released online," he adds. "And we'll see how this one ends up getting released because things are changing so rapidly in the recording business. But we're taking more of a casual approach to this one, and I think it's going to be really fun."

With festival gigs being the six-piece's bread and butter, Emmitt knows the return to Hillberry will be fun, too.

"It's always more fun to be outside, and there's a feeling of freedom. So I think people feel more inclined to just let loose and have a good time.

"And there's always a great vibe at Hillberry," he concludes. "The Ozarks have their own kind of magic and it's always a good time when we come there." 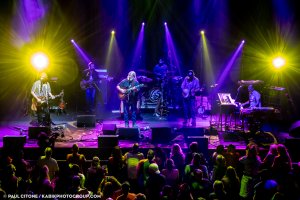 3 p.m. — MeMaw and the Squirrel Chasers