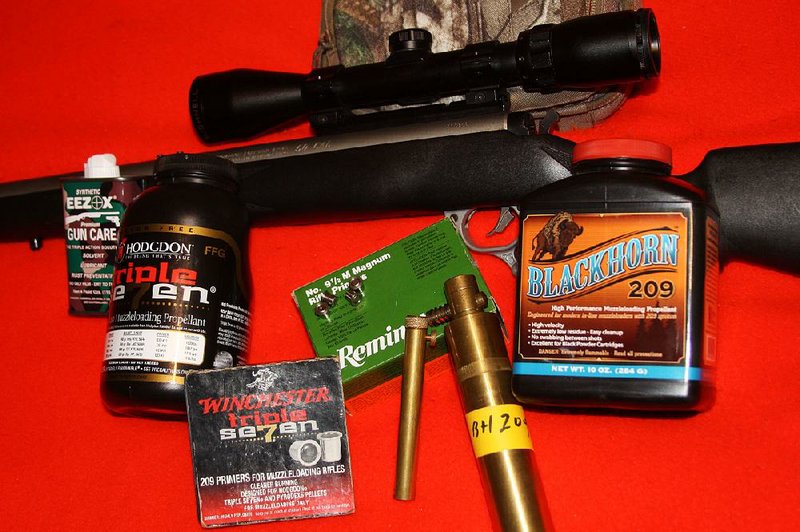 Modern muzzleloaders are useful with a wide range of powders, primers, bullets and accessories to improve your chances of killing deer during the muzzleloader deer season this month. - Photo by Bryan Hendricks

Muzzleloader deer season starts Oct. 19, but newcomers to the sport often don't know where to begin.

Obviously you need a muzzleloader, but with so many types available selecting one's first muzzleloader can be intimidating.

Let's not overthink this. A muzzleloader is merely a tool. They are all fun to shoot, and regardless of the type, it is a fun way to take a deer.

There's a distinct charm in hunting with a traditional, primitive-style muzzleloader, but more modern designs are more reliable. However, experience has taught me that none are foolproof. The omnipresent chance that the thing might not fire is one of many things that makes hunting with a muzzleloader challenging.

Before you go to the sporting goods store, let's take a quick look at some of the most popular types.

The most popular, most reliable muzzleloader features an inline ignition system powered by a 209 shotgun primer. It is essentially a thick metal tube with a breech plug at the trigger end. On the trigger side of the breech plug is a recess that holds a 209 shotgun primer. When you pull a cocked trigger, an exterior hammer or an interior striker collides with and detonates the primer. The fire travels through a small opening in the breech plug and ignites the powder charge. A sudden and massive accumulation of pressure drives a bullet down the barrel. That's all there is to it.

Most contemporary models are a break-action design, meaning the barrel swivels away from the stock to expose the breech plug. Recent models of this type have a quick-release breech plug that allows the shooter to remove the breech plug without special tools, which facilitates easier cleaning.

The most popular models are made by Connecticut Valley Firearms, or CVA. Thompson Center is another premium brand that's known for superior accuracy and reliability.

If you look around, you can also find falling block variations, like the discontinued Knight KRB7. The hammer and trigger assembly descend from the breech area to expose the breech plug. An exposed hammer initiates the primer detonation. It's a very safe system containing two mechanical safety mechanisms. That allows you to gently lower the hammer to prevent discharge.

Knight introduced the inline 209 system in the 1990s with a traditional bolt-action style rifle. Ruger also made a muzzleloading version of its popular Model 77. It is an enduring, reliable design.

The bolt functions like that of a centerfire rifle. It contains an internal firing pin that collides with a primer that sits inside a single-use disc. The disc is a separate element you have to buy that is not needed in any other system.

These were the last percussion cap ignition muzzleloaders before the arrival of the 209 ignition. Instead of a shotgun primer, they use a standard percussion cap to ignite the powder. To cock the device, pull back on a locking plunger or cock a bolt. The plunger type is the most inexpensive inline, making it an excellent introductory muzzleloader.

I have a Knight Mk. 85 that I got new for less than $100. It is utterly reliable and very accurate using iron sights to about 75 yards. I use it for close quarters muzzleloading, so it does not wear a scope.

I also bought a 209 conversion kit that uses Knight's proprietary discs. The plunger has a slightly different design with a sharpened striker to ignite a 209 primer, but the rifle works much better with ignition caps, so I use it in its original condition.

Like all Knight muzzleloaders, it features a high quality Green Mountain barrel, as well as a black plastic stock.

This is a traditional design that is available only in build-it-yourself kits. The ignition cap nipple and hammer nipple are on the side of the stock. When the cap ignites, the fire travels down the flash hole into the chamber and ignites the powder.

Because of the offset and because the cap is exposed to the air, this design is vulnerable to failure, especially in wet weather.

On the other hand, these are beautiful conversation pieces stocked with tiger striped maple or burled American walnut. Its greatest reward is the satisfaction one gets from killing deer, bear or hogs with a rifle you made yourself.

This is the most primitive muzzleloader that is still commonly used. Instead of explosive catalysts, it uses a chunk of flint to make a spark that ignites a small primer charge of powder in a pan. The fire travels down a flash hole and ignites the powder charge. Because of its vulnerability to moisture, this is the most sensitive and most unreliable type.

Triple 7 is the most popular substitute and is available in 50-grain pellets or as loose powder.

Pyrodex is the first generation blackpowder substitute and is still widely used.

Modern muzzleloader hunters can choose from a dizzying array of conical bullet designs, including hollow points and ballistic tips made of copper or jacketed lead. Most modern bullets designed for 50-caliber rifles are slightly under diameter and rest in a plastic sabot. This allows you to use lighter bullets for faster velocity, or longer bullets for better ballistics.

Traditionalists prefer round lead balls swaddled in a fabric patch.

Blackpowder and blackpowder substitute residues are very acidic. If not removed immediately, they will destroy a bore quickly.

This is an advantage of inlines. You can remove the breech plug and clean the bore from end to end with patches and solvent. Cleaning a sidelock is a complicated, time-consuming operation.

After shooting, I swab my bores with a thin coat of Bore Butter. It repels moisture and does not interfere with powder ignition.

Muzzleloading rifles are widely available. You're sure to find one that captures your fancy. Tag a deer and find out how much fun it is. 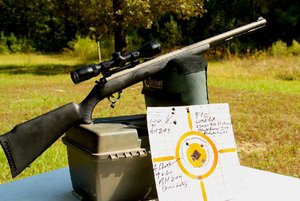 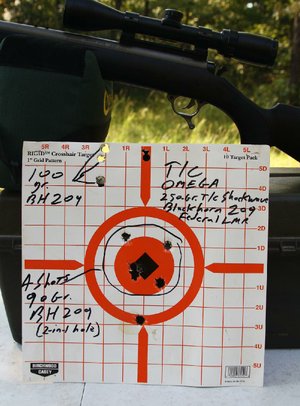