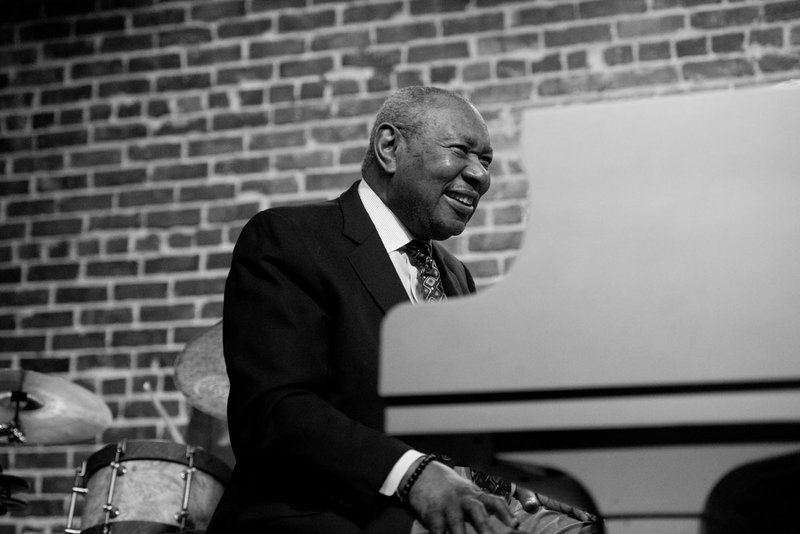 Courtesy photo Freddy Cole is the younger brother of the legendary performer Nat "King" Cole, but he's always been known among musicians for his own notable talent, explains Walton Arts Center jazz curator Robert Ginsburg. Cole opens the 27th year of the Starrlight Jazz Series at the WAC on Oct. 12.

If you had to nail down a headline for this year's Starrlight Jazz Series at the Walton Arts Center in Fayetteville, it would be "centennial celebrations." The genre itself is coming of age, explains Robert Ginsburg, jazz curator at the WAC and executive director of the Northwest Arkansas Jazz Society. Though the musical style has roots in folk music made in Africa and by the enslaved, jazz emerged as a popular American style only in the late 19th century, making the "official" genre form little more than 100 years old.

"We decided to celebrate that this year because there are two iconic groups and/or individuals who would be celebrating a centennial" as well, Ginsburg reveals of the season's curation.

The series begins Oct. 12 with a nearly sold-out performance by Freddy Cole, American icon Nat "King" Cole's younger brother. This year marks what would have been the elder Cole's 100th birthday, and the opportunity to recognize and celebrate the idol with his younger brother was a chance Ginsburg couldn't pass up.

"Freddy Cole is a consummate jazz pianist and vocalist out of that Nat 'King' Cole style," Ginsburg says. "He has kind of avoided living in Nat's shadow. He had his own sound and his own style, which is really more akin in many ways to people like Tony Bennett and Frank Sinatra, but his voice certainly evokes that Nat 'King' Cole thing.

"This year, he decided to embrace his big brother. He's 88, so he's now of an age where he's not too concerned about living in anybody's shadow," he adds with a chuckle, "and he's going to be doing a tribute to Nat with his quartet, which will be very cool."

The second centennial celebration will be the March 20 show with the Messenger Legacy Band, honoring Art Blakey. Known as much for being a bandleader as he was for being a drummer, Blakey's group came to be unofficially considered a finishing school for a "Who's Who" list of jazz greats. Names who came through Blakey's band that went on to become stars include John Coltrane, Chick Corea and Branford and Wynton Marsalis, among other musicians across generations.

"There's a group of musicians who are all alumni of his band that have put together this group to celebrate his legacy, and a lot of these people have been here before. So it's a quintet of all-stars who all came out of the Blakey band," Ginsburg shares.

Those are the two shows related to a centennial commemoration, but the rest of the musicians padding the season are no less impressive, as per usual for the series entering its 27th year.

"Trust has been part of the mission from the very first day that the doors opened here," Ginsburg notes of building a season that will attract listeners, regardless of artist notoriety. "I felt like if we can bring in people who were lesser known as they were becoming rising stars, and put them in a 200-seat room, that's really the sweet spot. So that's kind of where we're still at in some ways. Though, perhaps this year, less so.

"And for me, sometimes it's difficult seeing the trees from the forest," he adds contemplatively. "Because when I look at the guys that are in the Art Blakey tribute band, every one of these guys is a superstar as far as I'm concerned. Fred Hersch has been making great music for decades and decades. ... But that doesn't mean that they're household names."

Ginsburg admits, though, the series' identity that has been established over the past nearly three decades meshes well with the current state of jazz. The genre has become so diversified, he shares, that it enables the Walton Arts Center to continue curating a varied palette of up-and-comers, icons and lesser known masters of the form with whom they connect music lovers through a conscientious approach to jazz.

Very limited tickets remain for Freddy Cole's show, but check out the full schedule of jazz greats below to avoid missing any other impressive performances.