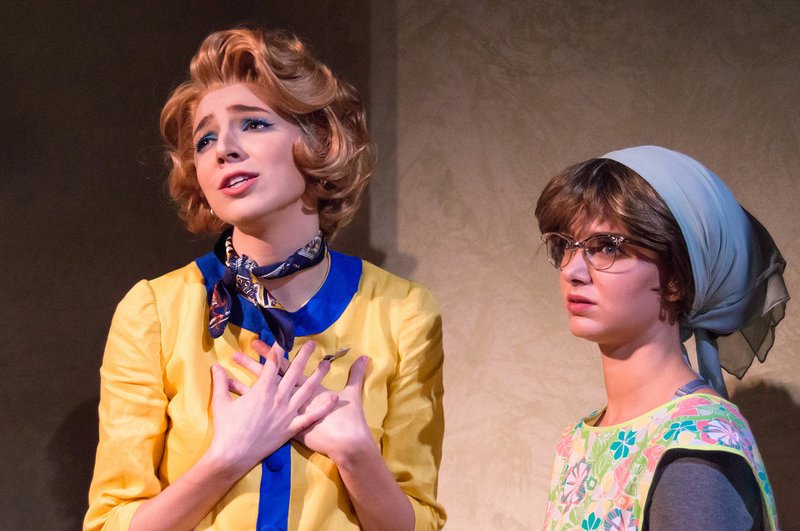 What constitutes a farce? According to Encyclopedia Brittanica, a farce is "a comic dramatic piece that uses highly improbable situations, stereotyped characters, extravagant exaggeration and violent horseplay. It was in 15th-century France that the term farce was first used to describe the elements of clowning, acrobatics, caricature, and indecency found together within a single form of entertainment."

Audiences have always loved a good farce -- as far back as Shakespeare's "Comedy of Errors" and as recently as Michael Frayn's "Noises Off" -- and so does Kate Frank, director of the opening University Theatre show, "Boeing Boeing." In fact, she calls Marc Camoletti's modern farce -- first written in French -- "an excellent choice for us this year."

WHERE — University Theatre on the University of Arkansas campus in Fayetteville

"It is a perfect vehicle for third-year scenic designer, Brandon Roye, who had yet to design a realistic, single set show during his training here," she begins. "I wanted to do something funny and work with a small to medium-size cast. Because of the timing of the new incoming MFA actors, we wanted a piece that would be fun and challenging for our undergrads. This play provides a good assignment for all of us. Several actors are working with dialects, giving them and our new voice and speech instructor and dialect specialist, Ben Corbett, a good workout."

Necessarily a period piece, "Boeing Boeing" centers around a businessman living in Paris who is juggling three love affairs with flight attendants -- which works out beautifully for him until the speed of jet airliners destroys his delicate balancing act.

"The setting is in the early 1960s, a time when women, because of the availability of the pill, were crossing bridges in the areas of sexual freedom," Frank says. "Women were also pursuing careers outside the home in unprecedented numbers. ... This play captures the collision of two social polarities: The natural yearning for a conventional, monogamous, 'stay-at-home' relationship, and the giddy desire to explore new freedoms in travel and love!

"On the surface of things, the play is just for fun,"she adds. "But, like all farces, it satirizes human behavior and society. In our production, we've tried to emphasize that all the characters are basically searching for love, a universal human need. But how each character pursues this bumpy road to true love is the stuff of foolishness."

"My character, Robert, is desperate for that missing piece in his life -- love and acceptance," says Zachary Currie, a Bentonville High School graduate now in his senior year majoring in theater at the UA. "His journey through the play leads him astray of this goal in some very hilarious ways, but by the end he finds his answer. So I think there is something to find in why we live, what we fight for, what we find joy in. It's the loving connections we find in each other that make it all worth it."

Frank also teaches movement for actors and it pays off in farce which, she says, "requires timing and precision."

But "Boeing Boeing" "also requires actors to find the truth and heart of the piece, which is what all actors are working on in every play," Frank says. "This can be especially challenging in a comic farce, partly because of the implausibility of the situations, and partly because there is a great deal of pressure to 'be funny.' They have to treat each situation as though it all makes perfect sense, have extremely high stakes, and allow their most truthful impulses to guide them."

"College theater allows you to explore and grow in a safe environment that is geared toward your development as a theater artist," Currie says. 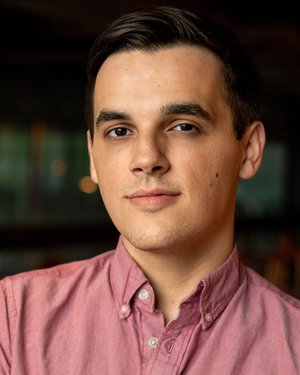