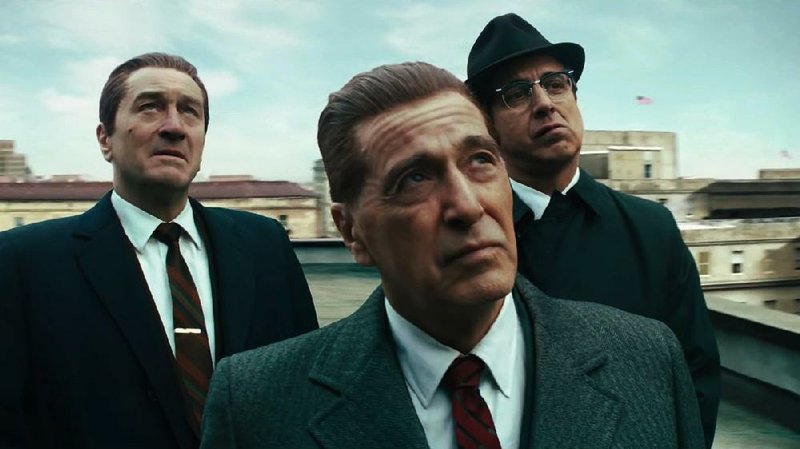 Most film festivals place a special focus on local productions -- Toronto International Film Festival offers an entire catalog of Canadian films every year, for example, and gently pushes the international press to take notice of their local offerings. Generally speaking, the highly curated New York Film Festival, with its ultra-select menu of 29 Main Slate titles, doesn't necessarily cater to such craven provinciality. But this year, two natives have very significant films in the offering, one of which remains one of the more anticipated films of the year. Here is that one and nine others we are most interested to see.

First Cow: Kelly Reichardt's impressive oeuvre is stacked with uncompromising films whose unflinching stare into the human consciousness often tells us things we'd rather not have to recognize. This film, about a wayward soul (John Magaro) in turn-of-the-20th-century Oregon territory, who joins up with a crew of fur trappers, only to connect with one of the other outsiders there, could take us in many different directions. But at this point, I'll follow her nearly anywhere.

The Irishman: Martin Scorsese's 24th narrative feature sounds like a greatest hits compendium for this most celebrated American director. It features a bevy of Scorsese's most famous leading men, including Joe Pesci, Robert De Niro and Harvey Keitel, plus Scorsese newbies Al Pacino and Ray Romano. It concerns the story of notorious Teamster leader Jimmy Hoffa (Pacino), who ran afoul of the Mob in the '70s and has never been heard from again (rumors still abound that he's buried in the cement beneath the visitor's endzone at old Giants Stadium). Working with director of photography Rodrigo Prieto, and edited by longtime Scorsese stalwart Thelma Schoonmaker, it feels like a final coronation of New York's most venerated filmmaker.

Martin Eden: Novelist and short-story writer Jack London wasn't known for his subtle, simmering prose. He specialized in the kind of man vs. nature pieces that play well to adventure fans, and eighth-graders who want to imagine the pitilessness of nature on their own melodramatic terms. But Italian director Pietro Marcello has adapted London's novel, about a young sailor who tries to disregard his rough and poor former life and reinvent himself as a successful writer, to create a more explicit echo of the contemporary time.

Oh Mercy!: Ever since his lauded 2008 film A Christmas Tale, Arnaud Desplechin's star has risen in the eyes of international cinephiles (a subsequent film, My Golden Days, virtually took over the 2016 César awards), but this film, a straight-up crime thriller about a detective attempting to solve the murder of an elderly woman in his home district of Roubaix, is a departure of sorts from the more character-driven work of his past.

Pain & Glory: It has been a while since many critics have taken either Antonio Banderas or Pedro Almodóvar terribly seriously (Banderas, whose last film, Life Itself was considered one of the worst of 2018, has been stuck in a kind of cinematic purgatory for a while, and Almodóvar's last film to even break 75 on the Metacritic scale is 2009's Broken Embraces). But this film, about an aging filmmaker's attempts to reconnect to his life and his art, has earned high praise pretty much universally, both for Banderas, who won the best actor award at Cannes, and his now-70-year-old director. Much like Scorsese's new film, there is a sense this one offers a mature, more measured rumination from the spirited Spanish auteur.

Portrait of a Lady on Fire: After winning over critics at Cannes and Toronto International Film Festival, Céline Sciamma's film, about a female painter hired to do a wedding portrait of a young, fetching bride in 19th-century France, with the two embarking upon an affair together, promises to earn continuing praise in New York. It sounds faintly reminiscent of Jane Campion's Palme d'Or-winning 1993 film, The Piano, in its portrayal of a forbidden romance among a dense, naturalistic setting, although the pace of this film is reportedly slower.

Synonyms: In Israeli director Nadav Lapid's fanciful sounding drama, a disillusioned young Israeli man (played by Tom Mercier), having just finished his mandatory military stint, moves half-cocked to France, where he tries to subsume his previous nationality and assimilate fully into a new culture, with mixed results. The buzz has been solid on the film -- it played the Toronto International Film Festival to some acclaim -- and Mercier's performance is apparently mesmerizing. Lapid, who made the much-admired The Kindergarten Teacher a few years back, is a filmmaker who can genuinely surprise you with unexpected twists and turns of conscience.

Varda by Agnès: A retrospective of the late, great French auteur's life and work, Varda's last film serves as a documentary and a kind of philosophical rumination. She died in March, so this film will serve as a bookend to her career. Based on the warm reception it received at Cannes and Toronto, it promises to be engagingly intuitive. Having finally just seen Cleo from 5 to 7 (see this past summer's 30x90), I'm very interested to learn more about her working methodologies.

The Whistlers: Among the rise of the Romanian cinematic scene in the aughts -- which saw such auteurs as Cristian Mungiu come into full prominence -- Corneliu Porumboiu was another major standout. His film, 12:08 East of Bucharest, remains one of the best-known of the era. Porumboiu's new film, a noir-genre picture, follows the attempts of a corrupt cop working with organized crime on a small Canary island, to learn an indigenous language, comprised mostly of whistles and burbles, in order to communicate with his criminal co-conspirators to avoid detection.

Young Ahmed: The Dardenne brothers' latest promises to be fiery and poignant. It follows the travails of a teenage Muslim boy growing up in a small Belgian town, who is pushed farther and farther into radical extremism. In the hands of lesser, more exploitive filmmakers, this could easily swing into dreary didacticism. But the Dardennes have long showed the ability to enter into other characters' consciousness. It met with affirmative but not ardent support after its premiere at Cannes, so it will be interesting to see what it might add to the cultural dialogue.