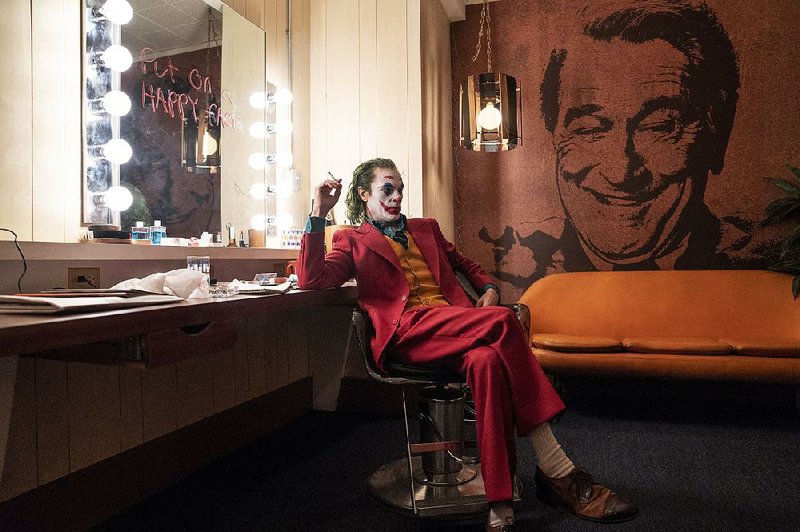 When you've been scuttling around the cultural zeitgeist for nigh on eight decades, you're bound to have had a range of iterations. The Joker started in 1940, as yet another adversary for the fledgling Batman character in DC's comic book adventures. A dude with a perma-clown face, a twisty bit of sadism, and a lousy sense of humor, he quickly became Bats' ne plus ultra villain, one that has changed considerably to better suit the flavor of the time period.

This wasn't just in the comics, of course. On the small screen, he premiered ignominiously in the campy Batman TV show of the '60s, with Cesar Romero famously playing him without even bothering to shave his mustache under the clown makeup. Things stepped up considerably when no less than Jack Nicholson played the clown prince of crime in Tim Burton's winningly obtuse big-budget Batman movie from 1989. Nicholson's scene-chewing gluttony and hammy charisma were enough to win audiences over to the point where it was easy to root for him over Michael Keaton's caped crusader.

It wasn't until Heath Ledger played him nearly two decades later that the character became known for more than purple suits and broad jokes. Under the portentous tutelage of director Christopher Nolan, Ledger, who won a posthumous Oscar for the role, unforgettably played him as a leering maniac with a deep understanding of the human condition, capable of trapping his mortal enemy in an ethical bind from which he couldn't emerge unscathed.

Such was the power of Ledger's performance; he about closed the book on the character. Or would have, if Warner Bros. wasn't so able and willing to reboot the character yet again, as they saw fit. Most recently, the Joker made an appearance in the ill-fated Suicide Squad, played by Jared Leto, who let his freak flag fly to full-staff but still couldn't bail out David Ayer's flatlining film.

Nicholson used his charisma to make the humorless Batman seem secondary in his own movie, Ledger created a portrait of a sinister psychopath that dominated every scene he was in and has reverberated ever since. Given those performances, it makes sense Warner decided to go ahead this go round and dispense with the hero altogether (although we do see a young Bruce Wayne from time to time).

By design, Joker isn't even really a comic book movie, per se (perhaps what some of the approving critics found most refreshing). It is an origin story, of sorts, and it does feature a miserable, lonely man, who works as a street clown, beaten down over and over until there's nothing left of his sanity. But director Todd Phillips attempts to keep the world around him gritty and recognizable. There is nothing miraculous here, no capes, heroes or superpowers; only one man's slowly listing descent into the chaotic vortex of moral abdication. Gone, too, is any sort of fancifully fictive sense of place. It might still be called Gotham, but the reference isn't even thinly veiled: This is early '70s New York during a garbage strike, as depressing, foul and pitiless as anything from Midnight Cowboy or The French Connection.

The buzz about Phillips' film was palpable at the Toronto International Film Festival a month ago, especially after it was announced it had improbably won the Golden Lion at Venice. Critics flocked to the press screening wondering if the director best known for the Hangover triad had actually gone and made a comic book-based film of gloomy resonance.

Reader, he did not. True, the film is certainly dark to its core, a bleak sustained that in the day and age of endless comic bounce, is strangely commendable. Not so surprisingly, Joaquin Phoenix is almost excruciatingly good as the titular villain-in-the-making, Arthur Fleck: a marvel of physical grotesquerie, like something out of a Diane Arbus photograph. No other American actor working today goes more all-in than Phoenix does for his roles (even in the middling Gladiator, it was impressive how fully he embraced the role of the incestuous emperor). Gaunt as a late-afternoon shadow, with his pasty complexion, and his predilection for laughing in inopportune moments, he perfectly captures the dreary misery of his character, a mentally ill would-be stand-up comic, who lives with his sickly mother (Frances Conroy) and seems more lonely and degraded than any human psyche could withstand.

Essentially, the film pits him against the city, striking him down again and again (often literally), no matter what release he attempts to find from the horror of his life: His and his mother's obsession with a slick late-night talk show host (Robert De Niro) who ends up humiliating him; a possible romantic contact with a sweet neighbor (Zazie Beetz) turns horribly, disturbingly sour; he loses his job as a clown-for-hire after unwittingly taking a handgun to a children's party; even his most basic sense of identity turns out to be a false apprehension. The film stacks everything so much against its protagonist, it offers him no other place to go but villainous madness.

Despite the sympathy it attempts to draw for the deeply disturbed Arthur, its brand of studied nihilism doesn't feel entirely unearned -- Phoenix is too good, too committed to the role for it to feel lightweight, and the distinctive art direction and cinematography sell Phillips' dour vision uncannily well. But, at the same time, it doesn't lead us much of anywhere. If the idea is to suggest we, as a society, are approaching our collective breaking point, that hardly feels worth the slog through the murkiest of bilge water to get us there.

Despite the imagery, and the lead performance, there's still a strong sense that Phillips is brandishing this bleakness as a kind of affect, like the rich kid who wears his brand new black leather jacket to a punk show but only after intentionally scuffing it against the grill of his Bentley first.

Essentially, it's a film about Arthur's dank metamorphosis, but it also handily serves as a prop for all the disillusioned, disavowed creatures who troll the Internet, embracing chaos, and sowing discord whenever possible. Phillips has made a densely serious comic book film, but despite its various Scorsese appropriations, as much as it wants to be Taxi Driver, its lightyears away from that singular vision.

The genesis of that 1976 classic was screenwriter Paul Schrader's unrelenting insomnia. Driven half-mad from lack of sleep and feeling ever more paranoid about the state of the world, he wrote his dark masterpiece line by agonizing line, breathing in the stink, as the lyric goes, until finally, he stunk. The script, masterfully realized by Scorsese, was a vision as genuinely bleak and uncompromising as the era in which it was made.

Clearly, Phillips wants us to be deeply moved by the film's dingy seriousness. Instead, it's just another chapter in a multi-billion-dollar franchise that sets itself up smoothly for its inevitable sequels: '70s cars, flickering neon bulbs and garbage in the street doesn't make the film any less obvious in its stated purpose. Its unrelenting grimness -- especially in the final act -- does affect you (it is likely you will leave the theater feeling vastly worse than how you entered). But it does so as a means of further inducing your forced participation in this new Batman entertainment industrial complex.

The Joker has been many different things to many different eras, but this is the first time his dark psychosis has been played up as sympathetic. Even before its release, the film has already galvanized its potential fanbase, calling out critics who dare disparage it, before they've seen it themselves. It will be interesting to see how these hyped-up fans actually react to Phoenix's disturbing, vulnerable performance. They think they're getting a forceful anti-hero to root for, do they? Wait'll they get a load of him. 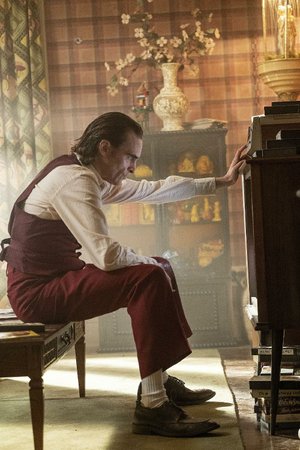